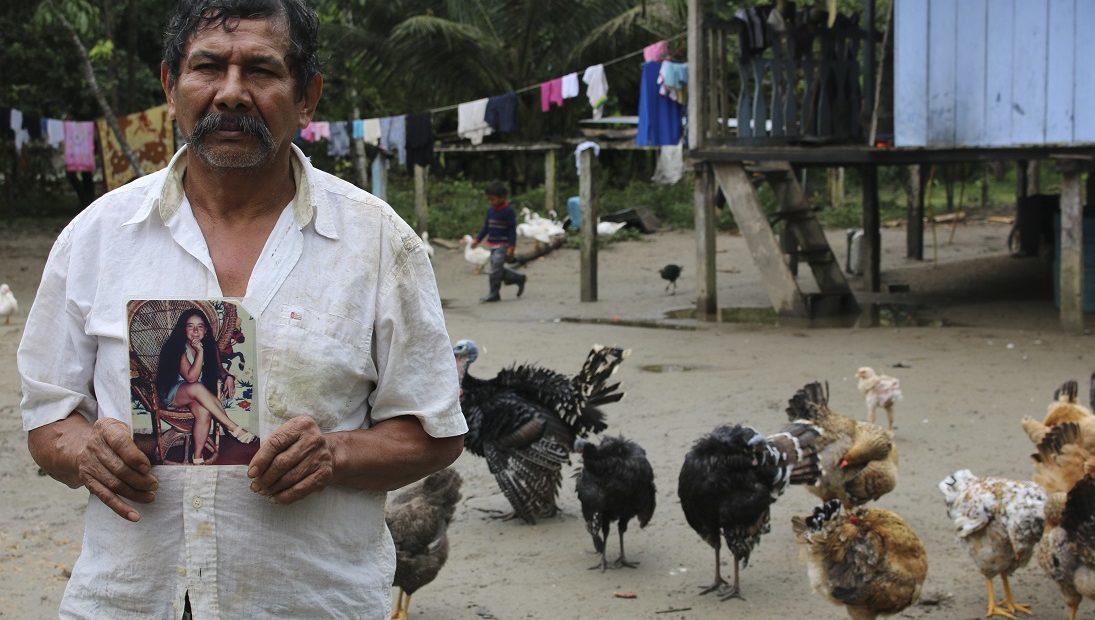 This man and his wife in Caquetá, Colombia have been looking for their daughter for 18 years. She had a five-month-old baby when she went missing, who they raised like their own son.

As people continue to go missing in all regions of the world, thousands of families are left behind. They do not know whether their loved ones are alive or dead, and go through phases of ambiguous loss during their search. Aggravating this emotional turmoil, family members also often face economic hardship, especially if the missing person was the main breadwinner. Many States have adopted laws which address the situation of families of missing people, but their socio-economic needs remain predominantly unaddressed.

In this post, Grażyna Baranowska, Assistant Professor at Polish Academy of Sciences and Marie Skłodowska-Curie fellow at the Hertie School in Berlin, demonstrates that with regard to families of missing persons States typically apply either measures of reparation or measures of assistance. She argues that the two forms can and should coexist.

Families of missing and disappeared people often struggle with economic hardship, particularly when the lost relative was the main breadwinner. It is predominantly women who are left behind, often stigmatized because of the disappearance of their loved one and forced into low-paying, unstable jobs. The search for the missing person also requires resources and means, costs which are very often borne by the families.

Families of missing persons under IHL

This means that families should be at the center when addressing missing persons cases under international humanitarian law. However, while IHL contains rules to protect socio-economic rights that are under particular threat during armed conflict, it does not contain specific measures of assistance for families of missing persons.

The need to provide measures of assistance for families of missing persons has been acknowledged by the ICRC. In its Guiding Principles/ Model Law on the Missing, it proposes that authorities assess and recognize the specific financial and social needs of the families and provide monthly financial assistance for those who were materially supported by a missing person or found themselves in need of material support following the disappearance (Article 10).

Some missing persons are victims of enforced disappearances. These occur when people are deprived of their liberty with at least the acquiescence of a State, which is followed by a refusal to acknowledge the disappearance or by concealing the fate or whereabouts of those persons. Enforced disappearances are prohibited both under customary IHL and human rights law.

Under human rights law, the families of forcibly disappeared persons have a right to reparation. While treaty law does not include measures of assistance, they have been recognized by the main UN bodies dealing with enforced disappearances, the Working Group on Enforced and Involuntary Disappearances and the Committee on Enforced Disappearances.

Differences between reparations and measures of assistance

This distinction has been recognized by the UN Working Group on Enforced and Involuntary Disappearances, which has made clear that ‘reparation and monetary compensation should be clearly distinguished from the social and other protection measures provided to the families to cope with the dire consequences of the absence of the main breadwinner’. It also stated that ‘measures which provide for social assistance do not (…) prejudice the obligation of the State to provide reparation to victims as a consequence of the violation of their rights’. While not making the distinction as visibly, the UN Committee on Enforced Disappearances has also recognized that States should respond to the socio-economic needs of families of disappeared persons by expressing concern about their lack of access to social benefits.

A review of State practice revealed that not many laws include reparation or assistance for families of missing persons. Those that do can be divided into two groups:

(2) laws providing assistance to family members in need of persons who went missing in the context of a particular armed conflict.

Examples from the first group include laws from Brazil, Chile, Colombia and Mexico. They provide for different forms of reparation but are predominantly monetary payments. The Mexican law is a particularly interesting example, as it deals with both enforced disappearances and disappearances committed by non-State actors. While it provides the right to know the truth and to receive information about the fate and whereabouts of remains to both groups, it differentiates between them with regard to compensation, requiring State authorities to provide reparations to families of those forcibly disappeared persons and to ‘compensate in a subsidiary way’ families of persons who have been disappeared by non-State actors. Consequently, with the exception of reparation, it applies the same rights to families of persons disappeared by non-State actors as those provided under international law to victims of enforced disappearances.

Examples from the second group, that is measures of assistance to family members in need of persons who went missing in the context of a particular armed conflict, have been introduced in Bosnia and Herzegovina and in Sri Lanka. In both cases, this applied to family members of people missing during a particular conflict, after an assessment of their socio-economic situation, i.e. whether they are in need of assistance.

Providing assistance does not prejudice the obligation of the State to provide reparations for victims of gross human rights violations, or vice versa. However, States tend to opt for only one of the two, and when they provide assistance, the scope of the law concerns families of people missing from one particular conflict – not all missing persons.

Gender aspects to measures of reparation and assistance

There is an important gender aspect to this analysis that should not be overlooked, namely that most missing or disappeared people are men, while most of those left behind are women. In most cases, the economic situation of these latter deteriorates after the disappearance of the former. Addressing the socio-economic needs of families of missing and disappeared people would consequently allow policymakers to more adequately address the impact disappearances have on all people generally and on women specifically.

The handbook on Accompanying the Families of Missing Persons published by the ICRC addresses this gender component. It stresses that women may need more support in the search, as in some cases they are unfamiliar with existing laws and administrative processes. In situations wherein women have become the main breadwinner of the family, the handbook explains the benefit of finding income-generating activities that can be compatible with their other responsibilities, in particular childcare.

The impact a disappearance can have on women has also been addressed within the enforced disappearances framework. In its general comment on women affected by enforced disappearances, the UN Working Group on Enforced and Involuntary Disappearances stated: ‘As the family structure is disrupted, women are negatively affected economically, socially and psychologically. The emotional upheaval is thus exacerbated by material deprivation, made more acute by the costs incurred should they decide to undertake a search for their loved ones’.

Domestic laws on missing persons do not always include reparations or assistance for families of missing persons. Those that do either provide reparations to victims of human rights violations or assistance to families in need. This dichotomy reflects the obligations under international law, as victims of gross human rights violations – including enforced disappearances – are entitled to reparation and compensation. It also shows that when providing reparation or assistance, States usually opt for one of the measures only. However, these rights can and should coexist, as they achieve different goals for the families of missing people.