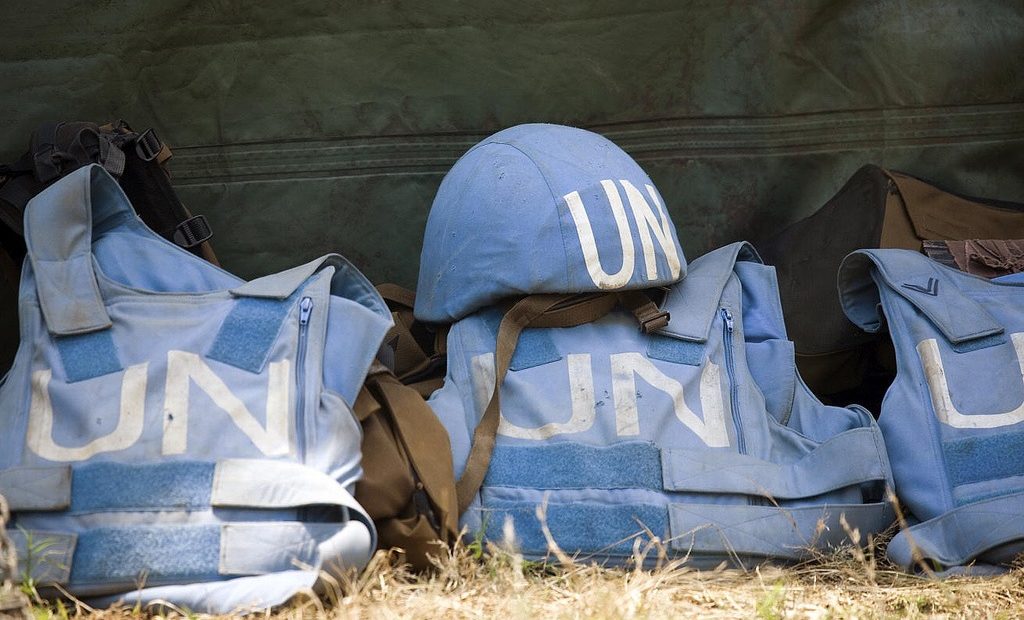 Since 1999, and in response to the tragic failures to protect civilians in Rwanda and Srebrenica, the UN Security Council (UNSC) has readily and consistently entrusted UN peacekeeping operations (UNPKOs) with the mandate and the authority to use force, up to and including deadly force, to protect civilians against threats of physical violence. Many ascribe the increasing complexity and vulnerability of UNPKOs to the Protection of Civilians, or POC, mandate. The reality is that UNPKOs are barely using force for self-defense, much less for the protection of civilians. Successive reports including by the Office of Internal Oversight Services and by various Boards of Inquiry—such as the Cammaert Report and most recently the Cruz Report[1]—attest to and substantiate the foregoing conclusion. More than the POC mandate, the deployment of UNPKOs with mandates to assist host governments to stabilize or neutralize security threats in what are generally recognized as increasingly hostile operating environments—namely countries where there is no peace to keep—has had a greater impact on the legal framework of UN peacekeeping, including the increasing applicability of international humanitarian law (IHL). Such aggressive, or offensive, peacekeeping exceeds the robust peacekeeping required for effective self-defense and for the protection of civilians. This further erodes the distinction between classic and robust peacekeeping (where force is used primarily for defensive or protective reasons) and peace enforcement (where force is used aggressively or offensively to neutralize or defeat a particular opponent to achieve a particular strategic or political objective).

Impact on traditional concepts of peacekeeping

The evolution from classic to robust to aggressive peacekeeping has incrementally challenged the traditional principles of peacekeeping: consent, impartiality and use of force primarily in self-defense.

Consent: Host country consent must be obtained or ascertained prior to the deployment of any peacekeeping operation. Such consent is not required when the UNSC authorizes peace enforcement operations. This is the classic legal distinction between peacekeeping and peace enforcement. On an operational level, the host government will likely maintain its consent to the presence of UN troops as long as they are using force to support or assist that government no matter how robustly or aggressively they are doing so. The host government is, however, likely to withdraw its consent or otherwise object to the continued presence of UN troops if they use force, in any way, against the government’s own forces, or any element thereof, even if they do so in self-defense or to protect civilians.

Impartiality: Classic peacekeeping interposes UNPKOs impartially between two State parties. Robust peacekeeping may call upon UNPKOs to use force against one or more parties to a conflict but only to the extent that such a party poses a threat to the UNPKO or to civilians. As such, robust peacekeeping does not necessarily contradict the impartiality required of UN peacekeepers. To the extent that UN peacekeepers are called upon to protect civilians regardless of the source of the threat—whether such threat emanates from rebels, insurgents, terrorists or the host government forces themselves—robust peacekeeping may still uphold the principle of impartiality. Aggressive peacekeeping, especially where the mandate and the authority to use force is specifically to support or to defeat a particular party to the conflict, shatters any pretense of impartiality.

While the UNSC does not expect, and the levels of troops authorized do not allow, UNPKOs to prevent or respond to every threat within the territory, the UNSC, at a minimum, expects UNPKOs to act in the face of large scale and/or systematic attacks against civilians. Along with the mandate and authority given to them, the UN forces acquire a responsibility to use all necessary means including deadly force, to pre-empt, prevent, deter and/or respond to targeted or systematic attacks on civilians within their areas of deployment. This is the essence of robust peacekeeping.

The use of force to protect civilians goes beyond self-defense and is likely to increase the eventuality of sustained or intensive engagement in armed hostilities against the same party to the conflict. The use of force to conduct offensive or aggressive operations against named actors, as was the case with MONUSCO’s mandate against the M23 in the Democratic Republic for the Congo (DRC), is guaranteed to do so.

The heightened risk of becoming a party to the conflict requires a clear appreciation of the ensuing consequences—namely that when the UNPKO becomes a party to the conflict within the meaning of IHL, members of the military component of the UNPKO concerned lose their protected status and become legitimate military targets under IHL.[2] They will lose their protection against direct attack at least until they end their participation in the armed hostilities and possibly, as the ICRC has argued, until the end of the conflict itself.[3]

Although the UN had acknowledged the fact that MONUSCO had become a party to the conflict in the DRC, the UNSC continued to impose sanctions on ‘planning, directing, sponsoring or participating in attacks against MONUSCO peacekeepers or United Nations personnel’.[4] It is within the legal prerogative of the UNSC to continue to impose sanctions on such attacks in the same manner that a government can criminalize attacks on its forces even if such forces are legitimate military targets under IHL. Notwithstanding the prerogatives of the UNSC, it is nonetheless important to make it explicitly clear to Troop Contributing Countries (TCCs) and their troops that such attacks are not unlawful under IHL. This is particularly necessary in light of the fact that the very resolutions imposing such sanctions explicitly call upon all the parties to respect IHL.[5]

Moreover, once members of the UNPKO’s military component become legitimate military targets, the UNPKO’s military presence may pose a clear and present danger to the very civilians they are meant to protect. Rather than deterring, preventing or preempting attacks against civilians, the UNPKO’s presence could pose and possibly even invite incidental attacks against civilians, as we have seen in the DRC and Mali. Needless to say, becoming a party to the conflict also impedes a UNPKO’s ability to impartially and effectively carry out the political, human rights and humanitarian aspects of its broader mandate, including facilitating peace talks and delivering humanitarian assistance.

In conclusion, while it is possible for UNPKOs to become parties to the conflict when using force proactively and robustly in self-defense or for the protection of civilians, they are far likelier to become parties to the conflict when engaging in aggressive or offensive military operations in hostile operating environments such as in the DRC and more recently in the Central African Republic, Mali and South Sudan.

To that end, the UNSC must preserve the distinction between peacekeeping and peace enforcement, entrusting the former to UNPKOs while reserving the latter to States and to regional and other collective security arrangements. The UN and its TCCs must train and prepare their peacekeeping troops to defend themselves and protect civilians proactively and robustly. Calling upon them to engage in aggressive or offensive warfare, however, impedes the UNPKOs ability to defend itself, protect civilians or fulfill its broader political, human rights and humanitarian mandate. As the UN Secretariat has long maintained, and as the UNSC would be wise to heed, UNPKOs cannot wage war and make peace at one and the same time.

Mona Ali Khalil, a former Senior Legal Officer with the UN Office of the Legal Counsel, is an internationally respected public international lawyer with 25 years of UN and other international experience.  Her expertise includes UN peacekeeping, sanctions, disarmament and counter-terrorism. She holds a BA and an MA from Harvard University as well as a Masters in Foreign Service and a Juris Doctorate from Georgetown University. She is an Affiliate of the Harvard Law School Program on International Law and Armed Conflict. Her chapter on the ‘Legal Aspects of the Use of Force by United Nations Peacekeepers for the Protection of Civilians’ appears in The Protection of Civilians in International Law published in 2016 by Oxford University Press. In January 2018, she founded MAKLAW.ORG—an international legal advisory and consulting service—to assist governments and international organizations to secure their legal rights and fulfill their legal obligations.

[1] In the author’s view, while the Cruz Report deals impressively with the range of causes for the UNPKO’s failures to use force robustly in self-defense and while it seeks to provide comprehensive recommendations to address those failures, the Cruz Report fails to deal with the applicability of IHL. Furthermore, it rightly calls for accountability for crimes against UN peacekeepers, but does not mention the equally important accountability for crimes committed by UN peacekeepers.

[4] Paragraph 7 (i) of UNSC resolution 2293 (2016) continues to impose sanctions for the ‘planning, directing, sponsoring or participating in attacks against MONUSCO peacekeepers or United Nations personnel’ well after the UN had recognized that MONUSCO had become a party to the conflict.

[5] It is also necessary to address the fact that if and when a UNPKO becomes a party to the conflict, it acquires certain rights and obligations, which may exceed the mandate and approved budget of the UNPKO concerned.