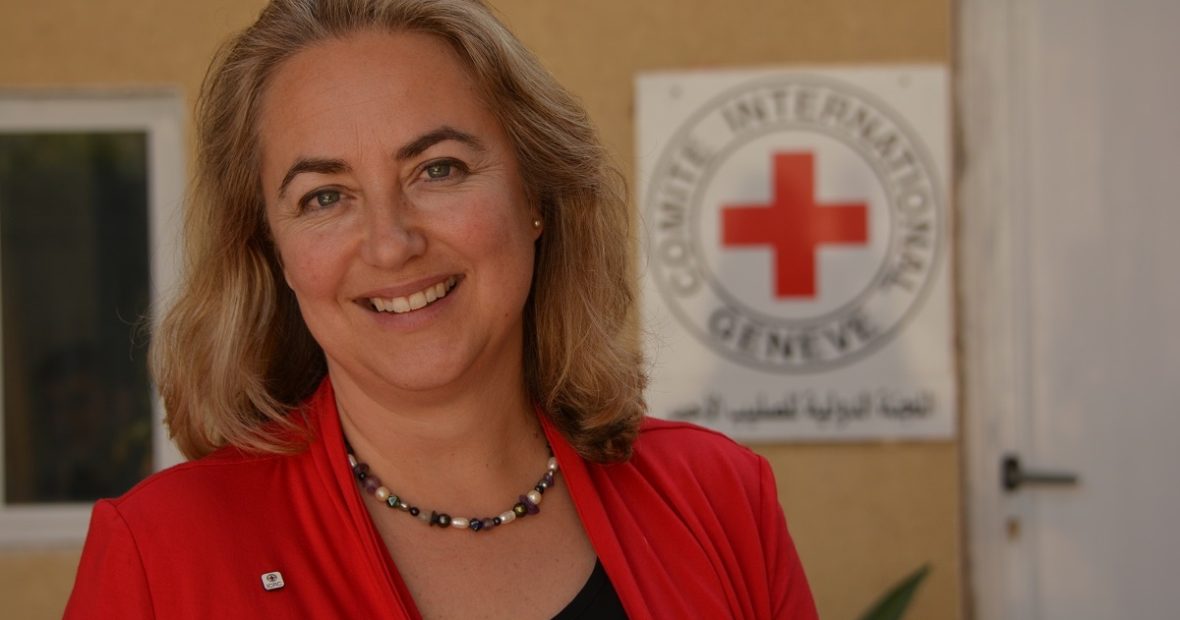 On this International Women’s Day, Dr Helen Durham, Director of the Humanitarian Law & Policy Department at the ICRC, discusses the role of women in shaping the discourse around international humanitarian law (IHL).

As the first female director of international law and policy in 150 years of the ICRC, there are many amazing women academics, writers and practitioners in the area of international humanitarian law (IHL) that have inspired me along the way.

For example, the great Francoise Krill—who set out in her article, over thirty years ago, the basic framework on the protection of women. Hers was one of the first pieces I read that really got my heart beating about the importance of using this framework to protect women.

You also then look at some of the really thought provoking writings by people such as Judith Gardam and Michelle Jarvis in their well-known book—Women and Armed Conflict in International Law. Their writings posed profound questions that challenged me to look at IHL through a feminist lens, seeing the strong masculine paradigm and really making me search more deeply on this topic. Whilst Gardam and Jarvis were quite critical in their book of the institution that I have dedicated my whole professional life to, I think that we needed to look some of the issues they raised squarely in the face. And, in fact, even today, what they say resonates with us as an institution trying to come to terms with the concept and application of gender.

Then you move on to some of the really amazing writers, such as the formidable Jelena Pejic, who has written a number of important pieces. Her 2015 article, for example, on Extraterritorial targeting by means of armed drones, tackles the contentious and complicated issue of the legal framework that applies to extraterritorial conflicts with clarity and precision. Or, her 2011 piece on The protective scope of Common Article 3, where she lays out the wider range of rules that apply in Common Article 3 armed conflicts.

And then someone such as Cordula Droge, who has one of the most popular articles in the Review over the years—Get off my cloud: cyber warfare, international humanitarian law, and the protection of civilians—articulated and identified, well ahead of the times, some of the real questions that we still face today on cyber warfare.

Another really interesting female writing on IHL is Nicole Hogg’s work on women’s participation in the Rwandan genocide. In this piece she examined the tension of those women who killed and the unease of how to ‘classify’ this behavior—somewhere between ‘the mothers and the monsters’. The capacity for women to kill is something that is very, very deeply challenging. And, within the IHL regime there are a number of articles that identify the need for the treatment of women and men, who have been involved in killing, with equity despite the fact such women may be deemed to have broken social norms. For example  Article 88 of Geneva Convention III requires women not to be punished more severely than men for having committed a similar offence.

I find this issue really interesting and discussed it in one of my articles. Most public debates about the role women can (or should) play in conflict focus upon women being killed, injured or maimed, but indeed there is significant unease about women’s role as combatants and what that may entail. The discussion, however, very rarely gets there. So, Nicole Hogg’s enlightening piece on looking at the women involved in the Rwandan Genocide also inspired me.

On the same topic, is an article by Penny Cummings, who is an extraordinary active-duty member of the Australian Defense Forces. Her chapter in the book that I edited—Listening to the Silences: Women and war—reflects on a women’s role in combat. In her article, she captures this dilemma of the role of women as soldiers. I’ve found over many years of teaching IHL, women and peacebuilding to students who have had field experience and time in the military, this is a complex dilemma.

Penny writes about a situation when she’s on tour in Iraq. There, she sees a young child who has a stick pointed at her, a stick that could have been a weapon. She realizes on time that it is a stick, but afterwards she questions herself:

Am I thinking like an Australian soldier? Am I thinking as a woman soldier? Am I thinking as a mother? I can’t divorce myself into these separate entities to answer the question. I am all three rolled into one. What did this teach me? That if I had to I could kill a child. Was I proud of myself for finding that out? Did I take pleasure in this knowledge? No, but it gave me a sense of confidence in knowing that I’d be capable of doing my job if it came to it.

This paragraph has polarized classes that I’ve taught. The discussions have ended up in very tense debates about the different ways to reflect upon being a soldier. Examining this complex gender dimension is difficult, but necessary, if we are to understand the dynamics of evolving military action.

I also want to pay tribute to other women who have been able to capture many of the technical and legal debates (from the interface between Human Rights and IHL to the importance of application and customary norms) and really shape this important area of international law—great writers and practitioners such as Francoise Hampson, Liesbeth Lijnzaad, Marie Jacobsson, Louise Doswald-Beck and Naz Modirzadeh.

I also look forward to reading the up and coming authors, those such as Gloria Gaggioli, Michelle Lesh and Djemila Carron and many others who we have faith will continue to lead and develop the discourse around IHL.

So, to the women who have gone before me, those who will come after me and the women who stand with me now, writing, engaging, reflecting on the different elements of IHL from a women’s perspective, from an intellectual and practical perspective, I wish to give thanks and acknowledgement.  To have strong women’s voices in all areas of reflection on the role of IHL in law and society cannot but help make the world a better place.