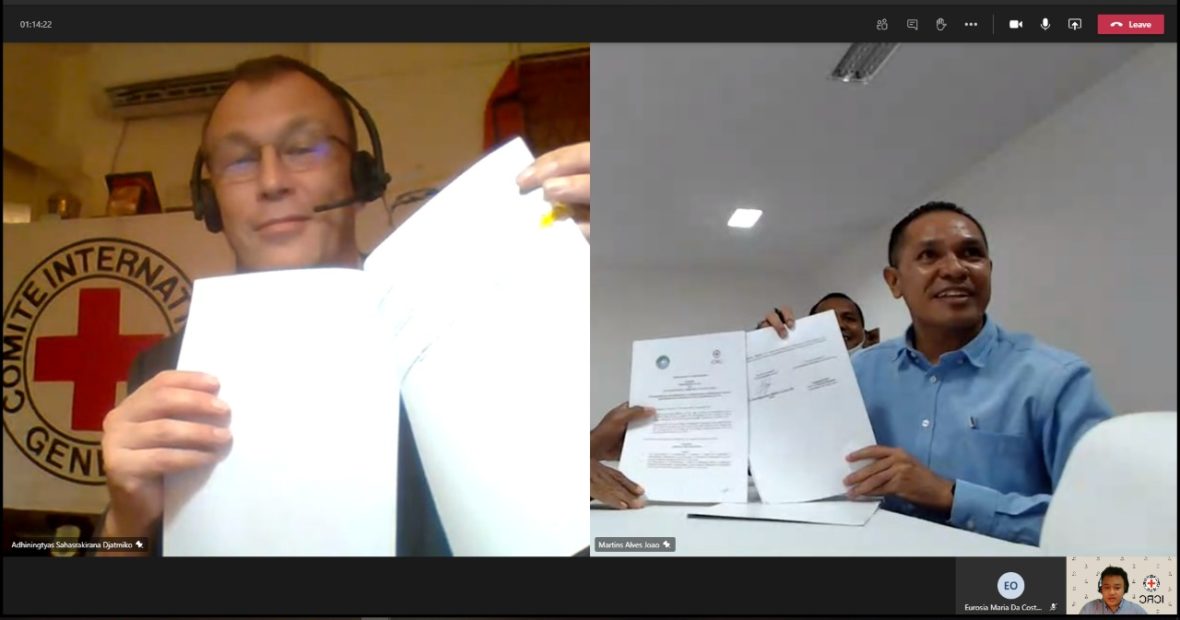 Head of ICRC Delegation in Jakarta and the Universidad da Paz in Timor-Leste held a MoU signing ceremony virtually on 14 December 2020.

Jakarta and Dili – The ICRC Regional Delegation to Indonesia and Timor-Leste and Universidade da Paz (UNPAZ) signed an extension Memorandum of Understanding (MoU) on Monday afternoon, 14 December 2020. The event was held successfully in both Jakarta and Dili through an online platform. Present in the Cruz Vermelha de Timor-Leste (CVTL)’s office for the signing event in Dili were also the representatives from the ICRC’s Dili Office, UNPAZ, the IFRC, and the CVTL. This signing formalizes the ongoing and continuous cooperation between the ICRC and UNPAZ for another 3-year period, particularly on the promotion and dissemination of IHL in UNPAZ.

Mr. Alexandre Faite, the Head of the Regional Delegation, thanked UNPAZ for its support as the ICRC’s partner for the academic circle in Timor-Leste and highlighted the importance of university in preparing the students as part of the future generation. Dr. Adolmando Soares AMARAL. Liç. Eco., MM, the Rector of UNPAZ, also welcomed this MoU extension between the ICRC and UNPAZ, and shared the positive outlook on the cooperation going onward.

After both parties expressed their remarks on continuing this cooperation, they proceeded to signing the MoU’s extension. As a further symbolic exchange, UNPAZ gave a Certificate of Appreciation to the ICRC, while the ICRC’s Dili Office also delivered an IHL book to UNPAZ for the ongoing and future collaboration between the two parties. 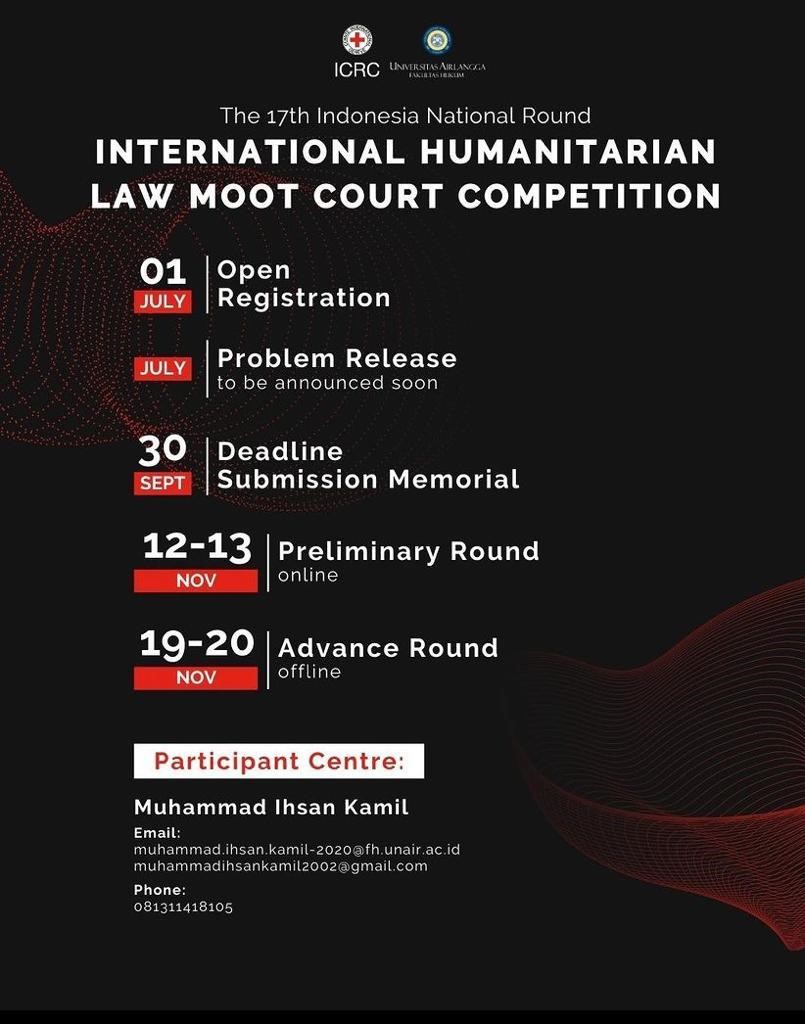