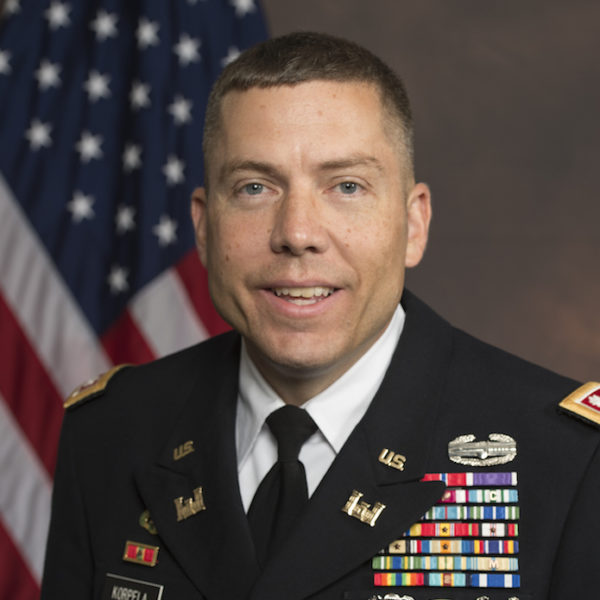 Lieutenant Colonel Christopher Korpela is an Associate Professor and Director of the Robotics Research Center at the United States Military Academy at West Point.

An honor graduate from West Point, he earned his M.S. from the University of Colorado and Ph.D. from Drexel University, all in Electrical Engineering. He also holds a M.A. in Strategic Studies from the U.S. Army War College and simultaneously served on the faculty while teaching a course on autonomous weapons systems.

Between 2015 and 2016, he collaborated with the Philosophy Program and brought together engineers and ethicists to study Just War Theory and autonomous weapons. In 2017 and 2018, he testified at the United Nations as part of the U.S. Delegation to the Group of Governmental Experts on Lethal Autonomous Weapons Systems in Geneva, Switzerland. In 2018, LTC Korpela was selected as an Andrew Carnegie Fellow.

An active duty Army officer, LTC Korpela has deployed twice to Iraq and once to Afghanistan serving in various command and staff positions.

As a researcher, he has coordinated research projects and grants across the U.S. Department of Defense, academia, and industry in the field of robotics, control and autonomy.

He has authored and coauthored over 35 scientific and professional papers, including journal and conference papers, as well as book chapters in the field of unmanned aerial systems and robotics. LTC Korpela is a WISE (Washington Internship for Students of Engineering) Fellow and Senior Member of the Institute for Electrical and Electronics Engineers (IEEE). His first textbook titled Aerial Manipulation was released for print in September 2017. 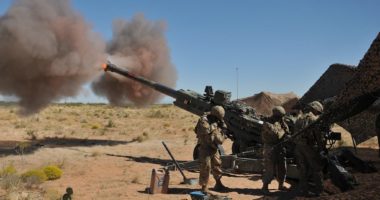 The meeting of the Lethal Autonomous Weapon Systems (LAWS) Group of Governmental Experts (GGE) has been taking place in Geneva this week. This ...
Share this page