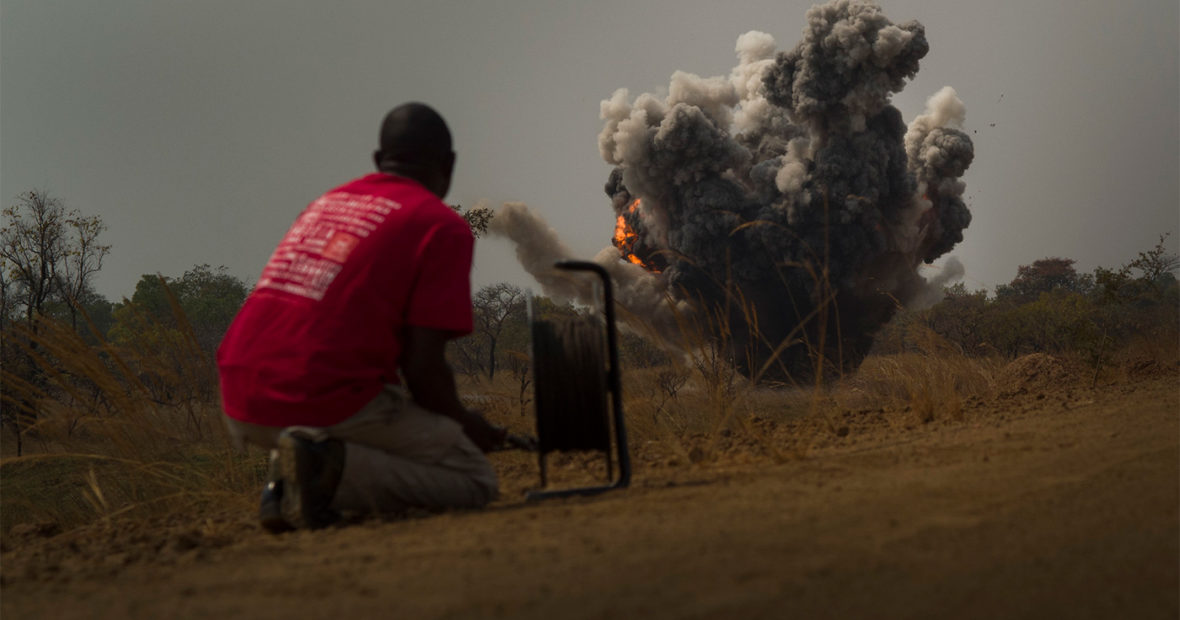 The Anti-Personnel Mine Ban Convention (APMBC) entered into force 20 years ago this year. It was the culmination of a decade of grass-roots civil society campaigning combined with a concerted effort by a group of dedicated States. They were united in their determination to achieve change in the face of the human suffering caused by anti-personnel landmines from Afghanistan to Angola and beyond. In November 2019, the 164 States Parties to the Convention will come together in Oslo, Norway, for its Fourth Review conference. It will be the first Review Conference since States Parties met in Mozambique in 2014, where they agreed the Maputo +15 declaration and its aspiration to complete the clearance of anti-personnel landmines by 2025. Every Review Conference is an opportunity to take stock and set a bold agenda for the next phase of implementation. As the last Review Conference before 2025, States parties must acknowledge that most time-bound obligations for clearance of anti-personnel mines are not on track and therefore embrace the need for policy change to accelerate it. Doing so must be considered essential to the success of a Convention that changed the global approach to disarmament.

There is no question that the APMBC was a landmark in the evolution of international humanitarian and human rights law. The Convention’s absolute prohibitions – and now established norms – around production, use, trade and transfer were one of the features that made it such a success.

Alongside its absolute prohibitions, the Convention’s time-bound obligations concerning stockpile destruction (Article 4) and survey and clearance of known or suspected mined areas (Article 5) were one of its key transformative components. Under the time-bound pressure of Article 4, 93 of the 95 States Parties who possessed anti-personnel landmines have now completed their stockpile destruction obligations, with 54 million stockpiled antipersonnel destroyed globally as a result.

The preventative impact of stopping the use of weapons which cause indiscriminate harm and enhancing humanitarian protection as a whole can’t be over-estimated. It is also testament to the architecture and approach of the Convention as a whole, which is based on cooperative compliance and accurate and transparent reporting by States Parties.

The concerning status of Article 5 implementation

The success story of Article 5 – which sets out time-bound obligations for addressing areas known or suspected to be contaminated by anti-personnel landmines – is that 49 of the Convention’s States Parties have either completed clearance or concluded investigations to confirm that no mined areas exist on their territory. That is of course a huge achievement, and one that can be celebrated as the result of huge efforts by States Parties and clearance organisations, coupled with the reporting and accountability provisions of the Convention.

Behind this outward success, however, Article 5 implementation is in a precarious position. Thirty-four States Parties still have outstanding Article 5 obligations. That represents 20% of all States Parties to the APMBC and 40% of those who have obligations to undertake survey and clearance.

More worrying still is the number of States Parties operating under the ‘extension’ system. Article 5 requires States Parties to complete survey and clearance as soon as possible and within 10 years of becoming bound by the Convention. They must otherwise seek an extension of up to another 10 years to complete clearance. This should raise clear questions and concerns for a Convention that entered into force 20 years ago.

According to research conducted by the Mine Action Review,[1] only five of the currently contaminated States Parties – Oman, Palestine, Somalia, South Sudan and Sri Lanka – are working to their original deadlines, having joined the APMBC in more recent years.[2] Eighty-five% of the 34 States Parties with outstanding Article 5 obligations have already sought at least one extension, and only five are on track to meet their current extension deadline. In a handful of States, no survey or clearance has been reported at all in recent years and plans to this end – if they exist at all – are adrift.

At the upcoming Review Conference, States Parties must take this seriously and take stock of the underlying causes behind this lack of progress. They must also identify the policy changes and new approaches that are necessary to change the course of Article 5 implementation. Bold words in political documents need to be translated into policy and strategy that will underpin their delivery once the Review Conference is over.

Unpacking the obstacles to Article 5 implementation

There are multiple reasons for delays in survey and clearance progress. Most are within the domestic and collective policy control of States Parties to the Convention. One important exception relates to the inability to access and safely clear contamination in some locations due to disputes over jurisdiction and control, or ongoing conflict and insecurity. This is linked – though not exclusively – to the now well-documented increase in the use of anti-personnel landmines of improvised nature in the period since States Parties agreed to the 2025 goal five years ago.

The new use of this form of anti-personnel landmine, almost exclusively by non-State armed groups, has contributed to an increase in global casualties, reversing a decade-long decline. It has also raised complex issues for mine policy and programming, especially around operational prioritisation, tenure rights and the parameters of where and when principled mine action can take place in the midst of dynamic and multi-dimensional conflict.[3]

There is no doubt that this new contamination is a significant challenge for the States Parties affected by it. However, only a handful of the 34 States Parties in question are in fact affected. For the most part, this does not pose an obstacle for the timely and accelerated implementation of Article 5.

Similarly, the scale of long-standing contamination from previous conflict has always been beyond States Parties’ control. Yet it should also not be considered a significant obstacle to completion by 2025 for most States Parties. Analysis by the Mine Action Review shows only three states – Afghanistan, Cambodia and Iraq – with ‘massive’ levels of contamination (defined as over 100km2) and only an additional six with contamination greater than 20km.

The key factors causing delays in survey and clearance progress can be grouped into three interrelated categories, all of which are within the sphere of States Parties’ individual and collective policy influence and control.

The first category relates to the way survey and clearance is conducted and the extent to which national approaches follow the body of global good practice in the International Mine Action Standards (IMAS). The IMAS has evolved over 20 years of refinement, cooperation and incorporating lessons learned from previous mistakes. Yet the Mine Action Review’s analysis of mine action programmes’ performance shows that nearly every programme falls short of applying good practice at the national level.

A direct result of the failure to apply established good practice is inefficiency. Examples include mine clearance organisations clearing areas which turn out not to have been contaminated, and obligations to use risk averse operational approaches ‘just to make sure’. With no shortage of international standards and global expertise, the root causes of the problem are more likely to be political rather than technical. This has however still not been widely explored as an obstacle to implementation of the Convention. States Parties – especially those receiving and providing international cooperation and assistance – need to do more to understand where the real problems lie and identify the policy solutions to address them.

The second category concerns funding for Article 5 implementation at the national and international levels. At almost US$700m per year, funding for mine action has reached an all-time high since the start of systematic reporting by the Landmine Monitor in 1999.[4] As always, however, the devil is in the detail. The significant spike in funding for the mine action sector is almost exclusively the result of support to the new landmine emergency response in the Middle East, the result of the conflict involving Islamic State. Moreover, much of the time-bound funding is for clearance in support of so-called ‘political stabilisation’.

Meanwhile, funding for Article 5 implementation for clearance of long-standing, or ‘legacy’ contamination is comparatively unchanged at the global level. So too is the deficit of US$1bn required to achieve the 2025 goal in these countries, according to assessments by the Landmine Free 2025 campaign. At the national level, improvements in the quality of Article 5 extensions and their detailed budgets and work plans – directly attributable to increased consultation and cooperation in their development at the national level – enables us to quantify the scale of the problem.

Many States Parties normally outside of the global political spotlight – with Angola as a case in point – experience wide shortfalls between needs stated in Article 5 plans, and resources committed in national budgets and through international cooperation and assistance. What this means for Article 5 implementation as a whole is that States Parties are approving Article 5 extensions without collective ownership of strategies to ensure their implementation.

The third and related category of delay factors hinges on a deficit of collective political will by States Parties to challenge underperformance in Article 5 implementation and collective progress towards the 2025 goals. The good faith and mutual accountability that underpins the Convention should make it inconceivable for States Parties to accept others’ unwillingness to deliver legal obligations. It should be similarly inconceivable to perpetuate a system in which plans can be approved in the knowledge that they will go unsupported and fail as a result. The APMBC community needs to identify why this has happened and the policy solutions to address it.

Beyond the Oslo Review Conference

The Fourth Review Conference in Oslo is a springboard for five years of concerted effort to deliver the APMBC’s obligations, especially on Article 5. The Landmine Free 2025 campaign assesses that 60 million people still live at constant risk and fear of anti-personnel landmines. The moral case for urgent survey and clearance therefore remains as sound now as it did when the Convention was negotiated in the same city in 1997.

What is at stake in the timely implementation of Article 5 and the 2025 goal for clearance, however, extends far further. If States Parties accept that Article 5’s legal obligations and deadlines can slip indefinitely – either explicitly, or tacitly by accepting fatalism – then they threaten the Convention itself and the norms it has established.

Instead, all States Parties should be willing to identify, ‘out’ and address the obstacles to the implementation of Article 5’s time-bound obligations. This is especially true of those States Parties with their own Article 5 obligations and those taking on leadership of the Convention in the period to 2025. The Convention itself stands as strong today as it did 20 years ago, as does its legacy for disarmament as a whole. What is needed is renewed commitment, increased cooperation and assistance, focused and efficient implementation and a bold and honest policy agenda.

[4] The Landmine Monitor is a civil-society research initiative which has provided shadow reporting on the APMBC’s implementation since its entry into force. 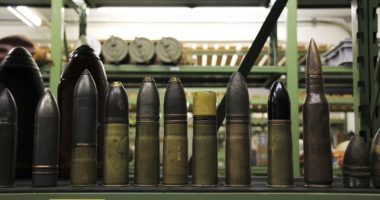