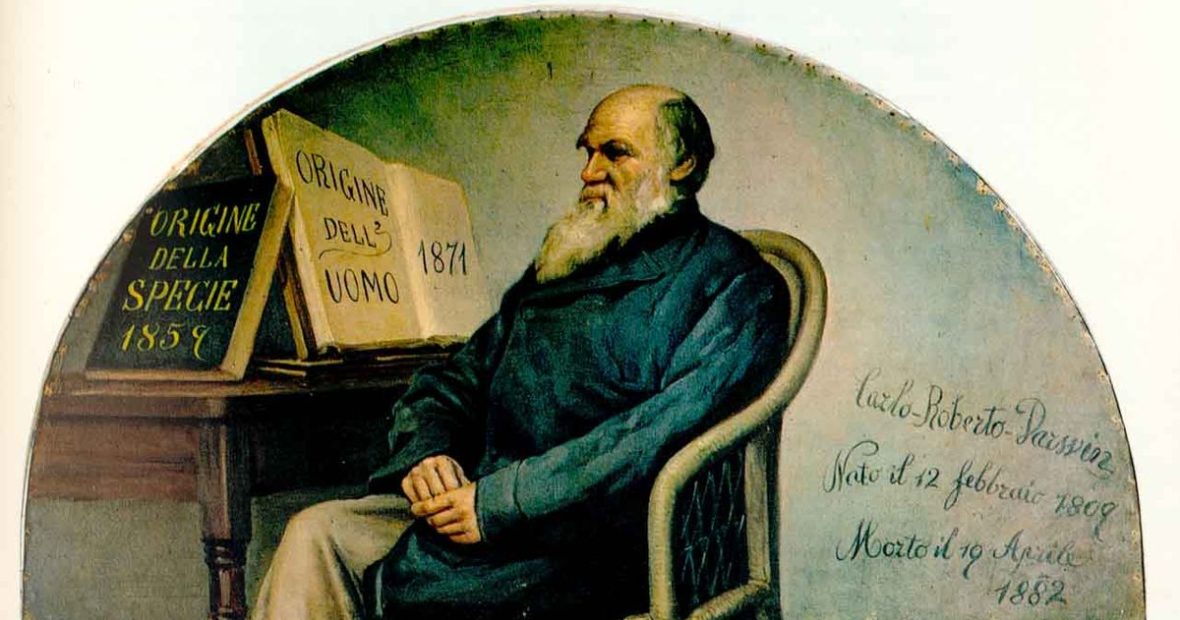 The study of the evolution of the human species can provide insight to understanding the violence, aggression and fear around us today. Humans have evolved as social, empathetic, collaborating and altruistic beings in small groups sharing common identities. At the same time, a fear of strangers has been built into our systems, which influences the way we perceive events and people, including how we react to influxes of newcomers in our countries. We are still in the grip of ‘small group thinking’. The question for us today is how can we expand this small group mentality beyond borders to overcome the fear of strangers that can lead to aggression and violence—to close the hostility gap?

‘Survival of the fittest’

The pre-existing genetic networks that guided the lives of our ancestors remain active today. They must interact with (and adapt to) the cultural explosion that is currently occurring and that places new demands on our brains and behaviour.

The slow speed at which this genetic selection process has evolved—from generation to generation for millions of years, contrasts with the current exponential explosion of cultural (i.e., not genetic) developments, which have spread with increasing speed throughout the world. Consequently, our genetic codes have been left far behind and the discrepancy between our genetic hardware, coded for a primitive evolutionary environment, and the actual cultural society is huge.

Two factors in our genetic coding in particular have, in my view, had a great influence on our current behaviour and on our interpretation of events and news. On the one hand, we have been evolving for millions of years in small, cooperating social groups (of about 30 people) with a shared identity, in which empathy, altruism and collaboration have been very important. On the other hand, because the small group was vulnerable to outsiders a fear of strangers has been built into our system. Although these are strong biological codes, we also have an innate curiosity to search for opportunities to be in contact with others.

Prehistorically, because the environment was hostile the small group was key to survival. Collaboration and a firm common identity were necessities. We were selected based on our ability to function in a group context. The individual and the group were threatened by infections, parasites, the lack of food and shelter and by predators. The fear reflex: ‘fight, flight, freeze’, which is concentrated in the very old brain nucleus (the amygdala, the main siege of our emotional memory) was important, and continues to play a dominant role today. This reflex has had to collaborate with more recent brain structures like the prefrontal neocortex (the seat of analysis and rational reasoning). Fear gives us tunnel vision—an exaggerated focus on the problem—which means less control from the frontal lobe (ratio) and increased emotional reaction. In the past, disasters which occurred in the small group had a dramatic psychological impact. We still have this mentality today. And today, at times we extend this emotional reaction beyond the small group of thirty. We experience disasters, especially when they affect women and children, as if they have taken place in our small communities and not throughout entire countries, or on a planet of seven billion people. Think of the dramatic global impact created by the drowning of Aylan Kurdi, a migrant fleeing war, on a beach in Turkey or of the media storm following the sexual assaults allegedly committed by migrants on a Christmas market in Köln.

At the same time, during our evolutionary history the small group was vulnerable to cheaters, ‘free riders’ and ‘foreigners’—as such threats could have damaging effects on a small group. Sanction, punishment and exclusion (moralistic aggression) was the fate of those transgressing the cooperative codes. Thus, alongside the empathy and collaboration within groups was a fear of strangers. The fear stems from a lack of common identity and the perception that the strangers could threaten the core existence of the group (competition for spouses, labour, food, natural resources and overt war). Cooperation among groups was based on the availability of empathic and reoccurring contact between groups, on the assurances of mutual reliability and on trustworthy information—proven by facts to which all members of the groups could testify.

The absence of a common identity (religion, language, cultural codes on gender, ethnicity, ideology, etc.) create an obstacle to moving beyond the fear of the stranger and welcoming war refugees and migrants. Moreover, the negative reporting and ‘alternative facts’ approach taken by a vast number of media outlets and politicians intensifies the divide. This fear mobilises the emotional circuits of the amygdala, neutralizing critical thinking, creating tunnel vision and leading to an aversion of the population to ‘other identities’.

Gap between population growth and food and water supplies

Another factor that contributes to this explosive situation is the struggle for life. Think of the high percentage of young, hungry, jobless men in the Sahel, in Northern Africa and in Syria.  Malthus underlined the fact that ‘the struggle for life’ is caused by a conflict between the population growth (exponential) and the capacity of the local environment to cope (linear). Population growth coupled with decreased sustainability of natural and social resources is a source of civil wars and migration. These local conflicts are exacerbated by the cultural, religious, racial and ethnic differences mentioned above. At the same time, due to cross-border cultural, religious and ethnic similarities conflicts spread beyond national boundaries. The conflicts in Syria and the Sahel region are good examples. Drought followed by exploding grain prices lead to a massive flight of the young to the cities, accentuating unemployment and famine, demonstrations and clashes between different tribes and government. This situation can intensify the mistrust of strangers.

There is yet another layer of complexity, adding the above factors, which may challenge cooperation between groups and beyond small groups today. Humans have an innate aversion to killing members of their own species. Despite this, and notwithstanding the fact that all human beings have rational, altruistic and empathetic potential, humans kill each other. Acting against our nature in this way—that is, overruling our fundamental evolutionary mechanisms—could heighten the risk of violence and the fear of others in our societies generally.

In order to overcome their aversion towards the brutal killing of their enemies, soldiers are trained to dehumanise the enemy—to treat the ‘other’ as a bad object that can be killed without remorse. While, at the same time, allied soldiers are seen as models of brotherhood, whose patriotic, religious and righteousness feelings are presented as an uppermost ideal. This rote programming—training soldiers as ‘killing machines’—magnifies the hostility towards the other.

The price soldiers pay for suppressing their human nature often goes beyond the conflict and is frequently forgotten. Thirty percent of soldiers return from war with post-traumatic stress symptoms: panic attacks, depression, the inability to work and, in the worst case, suicide. It is possible that the negative, long-term effect killing has on these soldiers may also have a broader cost for society more generally. The training of soldiers to behave in a way that negates the social, collaborative and empathetic nature of humans could add to the general fear discussed throughout this post, and thus be a factor in hindering cooperation beyond small groups.

In this context, how can we create a balance between these evolutionary reflexes—the return to small group thinking, aversion of foreigners, cultural isolation, our social empathetic nature—and the multicultural explosive world in which we are living? Valid information, trust and contact with newcomers are key factors.

We can reduce violence by cooperating beyond our small groups, as our ancestors did, through empathy. Empathy helps us to understand and share each other’s feelings, to imitate the other’s discoveries, to improve ours (social learning) and thus to expand our cultural heritage. We show more empathy towards people we know but we can try to understand the ‘stranger’. To do this, we need positive and reliable contacts between individuals and we must have reliable and positive information on the behaviour of the other. So programs which integrate refugees into a country should focus on bringing small groups together through reoccurring contact to build trust and mutual understanding. If these contacts prove reliable, the process of integration will gain momentum. If, on the contrary, people do not find common values, contacts will die out and integration will end. This mechanism of win—stay, loose—leave is a general behaviour wherever collaboration between individuals and groups occur.

With more positive reporting on the part of governments and the media about individual suffering and the underlying problems (often famine and the lack of sufficient resources) and through stressing common identity and values, the hostility gap between groups can be closed. NGOs, media, politicians and civil society can play a constructive role by spreading nuanced and dignified information about people rather than presenting them as ‘the migrant’, ‘the Muslim’—a ‘dangerous’ and often dehumanised group. By doing so, the vicious circle of hate and distrust can be broken and the door to our multicultural and global society opened wider.

Dr. Beeckman is Professor Emeritus, Faculty of Medicine ,Vrije Universiteit Brussels. He spent much of his career there as Professor of Radiology. Since his retirement, he has studied both evolutionary theory and the  mechanisms of the brain and behaviour. This blog post is based on a study of scientific literature as well as on personal reflections.

Darwin, C. The origin of species. By Means of Natural Selection of the Preservation of Favoured races in the Struggle For life. New York: Penguin Press, Signet Classics 2003

Marcus, G.F. 2004. The birth of the mind: How a Tiny Number of Genes creates the Complexities of the Human Thought. New York: Basic Books

Grossman, D. 2009. On Killing . The Psychological Cost of Learning to Kill in War and Society. New York: Little, Brown and Company

Verhaeghe, P. 2015. What about me? The Struggle for Identity in a Market-Based Society. Scribe Publications Pty Ltd

Huntington, S. 1997.The Clash of Civilizations and the Remaking of the World Order. New York: Simon & Schuster