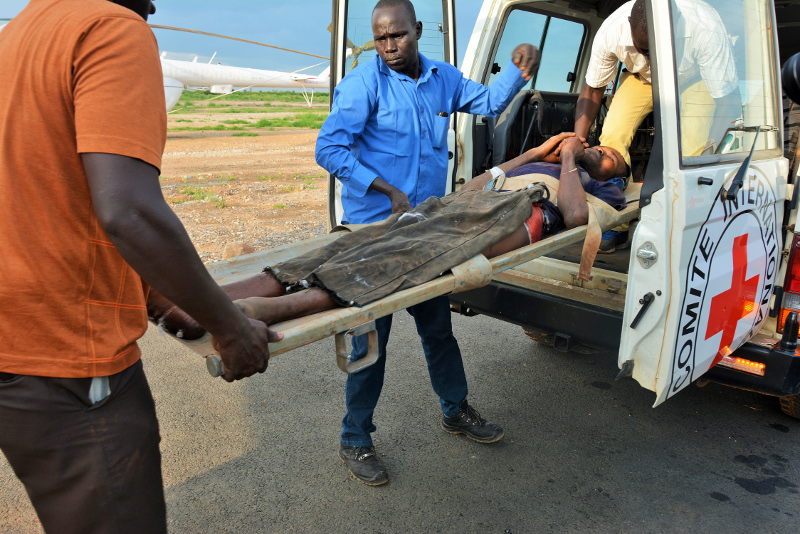 International humanitarian law (IHL) protects those who do not, or no longer, fight in armed conflicts. It also limits means and methods of warfare in order to preserve human life and dignity in the midst of war. But how do IHL rules apply in XXIst century conflicts? With which successes? Facing which challenges?

For the launch of its new platform, How does law protect in war? Online highlights six among 53 new case studies, allowing professors, students and professionals to explore some of the most salient aspects of IHL in today’s armed conflicts through interactive discussions.

Addressing some of those questions concretely, the case study Press conference with French President Francois Hollande and Russian President Vladimir Putin focuses on the Syrian conflict and deals with complex classification issues, territorial scope of application of IHL, definition of military objectives and the protection of humanitarian assistance under IHL.

How to accommodate modern warfare and compliance with IHL? With which successes and failures? The case study Libya, NATO Intervention 2011 explores IHL rules governing the conduct of hostilities, as well as repression of possible violations. It also deals with the complex implications multinational operations entail, relating to application and implementation of IHL.

Kunduz: legal protection of hospitals and investigation on possible violations

Another important issue featured in today’s armed conflicts is the protection provided by IHL to medical structures and personnel in the battlefield. The new case study Afghanistan: Attack on Kunduz Trauma Center comes back on the question of identification of medical facilities, conditions for their loss of legal protection, IHL rules on precautions before attacks and requirements for investigations on possible violations.

IHL also protects persons against sexual violence. This particular issue is addressed in the new case study Central African Republic: Sexual Violence by Peacekeeping Forces. The case discusses the implementation of IHL by multinational forces not directly under the command of the UN, the definition of sexual violence according to the UN and according to IHL, and the responsibility to investigate allegations of rape and other forms of sexual violence in armed conflict.

What is the best way to disseminate IHL rules, so that they can be known and respected by fighters worldwide? In Somalia, Traditional Law and IHL, the question of universality and cultural relativism of IHL is explored, as well as the use of traditional law to promote IHL main protective messages.

Last but not least, the case study UN, Report of the Secretary-General for the World Humanitarian Summit offers an overview of the implementation of IHL in the beginning of XXIst century. It summarizes various challenges faced by IHL: the protection of wounded and sick, conduct of hostilities, and humanitarian access. It also addresses the crucial question of implementation of IHL, as well as the related responsibility of States, and roles of the International Red Cross and Red Crescent Conference, Switzerland and the ICRC.