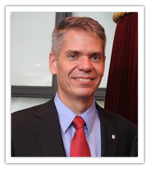 Chris Harland is the ICRC’s Legal Adviser and Deputy Permanent Observer at the ICRC’s Delegation to the United Nations in New York. He held ICRC legal positions in the Regional Delegation for the United States and Canada, based in Washington, D.C. (2014-2018), in Kuala Lumpur for Southeast Asia (2012-2014), New Delhi for South Asia (2007-2012) and the Legal Division of the ICRC at its Headquarters in Geneva from 2004 to 2007.

A Canadian lawyer, Chris previously held positions with the United Nations in the Cyprus Referendum (2004), was a member of the High Judicial and Prosecutorial Councils of Bosnia and Herzegovina (2002-2004), at the Human Rights and Rule of Law Department of OHR in Bosnia, and worked with the UN in Africa from 1996 to 1998. He has also worked in the Office of the Legal Counsel at UN Headquarters as an intern (1995) and clerked with a judge of the Federal Court of Canada (1993-1994). 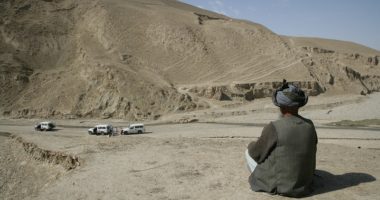 On 22 December 2021, the United Nations Security Council voted unanimously to adopt a resolution ...
Share this page