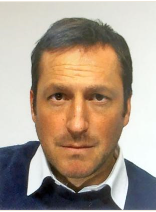 Christian Cardon is the Chief Protection Officer for the ICRC. He joined the ICRC in November 2005 as a delegate in Côte d’Ivoire. He then alternated between the field and headquarters, as Head of Communication and by leading operational activities while in the field. From August 2013 until September 2017 he served as Head of Office in Gaza and Head of Mission in Jerusalem. Christian was Head of the ICRC Regional Delegation in Côte d’Ivoire from November 2017 until January 2019. From February 2019 to October 2021 he served as the Deputy Regional Director for the Near and Middle East.

The end of intense combat during armed conflict – whether permanent or temporary –does not ...
Share this page