Iran is impacted by the effects of weapons contamination, like mines and Explosive Remnants of War (ERW) as a consequence of the Iran-Iraq war during 1980’s.

The main contaminated areas of the country are located in five western provinces of West Azarbaijan, Ilam, Kurdistan, Kermanshah and Khuzestan. Demining operations have been undertaken by the Iranian authorities for many years which has reduced the volume of contamination, however mines and ERWs still pose significant threats to the civilian populations on those areas.

The health and socio-economic impacts of mines on the lives of civilians living in the affected areas is undeniable. Many civilians need to cross the contaminated land to access water or agricultural fields or to make a living, which puts them at high risk on a daily basis. The Nomad tribes and their animals that cross those areas are also at the risk of accidents.

Moreover, Afghanistan, the eastern neighbor of Iran is affected by a protracted conflict and in many areas contaminated by mines and ERWs. This poses risks to the Afghan migrants who cross the border between Iran and Afghanistan.

Aiming at limiting the threats posed to civilians through Mine Risk Education program (MRE) and provision of physical rehabilitation services to the victims in order to alleviate their suffering, the ICRC in cooperation with partners in either the past or today, namely the Iranian Red Crescent Society (IRCS), Iranian Mine Action Center, Janbazan Medical and Engineering Research Centre, State Welfare Organization and Maaf Institute addressed the consequence of Iran-Iraq war resulted in huge mine/ERW contamination. 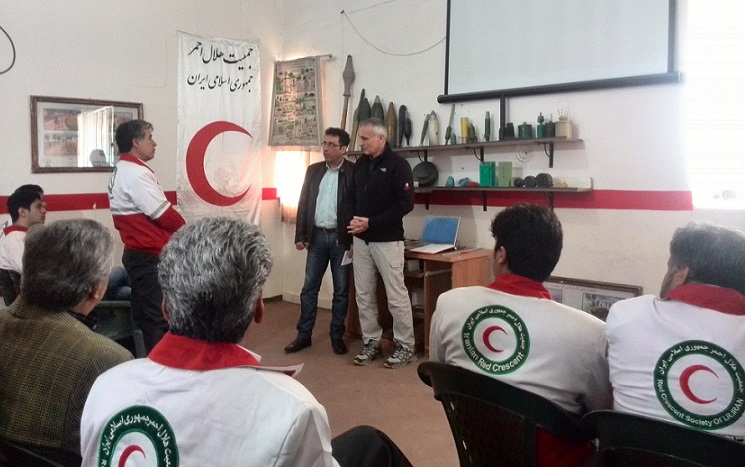 In an effort to reduce those risks to the Iranian civilians living in the contaminated provinces and Afghan migrants upon their return to Afghanistan, the ICRC and the Iranian Red Crescent Society have been cooperating since 2004 in a Mine Risk Education (MRE) project.

This project aims to sensitize and educate the civilians living in or passing through the mine/ERW contaminated areas about the risks and safe behaviors in encountering those hazards. The ICRC provides technical and financial support to the project that is carried out by the volunteers and staff of the IRCS branches in the affected provinces. In 2015 almost 300,000 and in 2016, 220,000 Iranian and Afghan civilians received mine risk education through the training sessions. Face to face sessions, brochures, billboards, and audiovisual materials are used as educational and dissemination tools in this project. 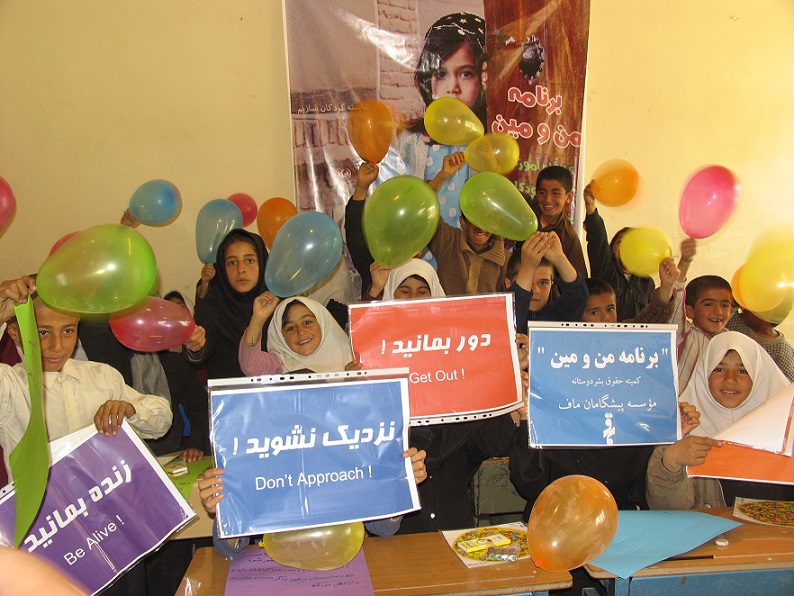 In addition, the ICRC cooperates with the Iranian Mine Action Center (IRMAC) as the national mine action coordinator body in the country. In brief, the ICRC supports the mine action activities of the IRMAC on victim assistance, MRE and technical training of mine actors. So far, the ICRC facilitated access of the IRMAC to medical kits and personal protective equipment in order to ensure continuance of safe humanitarian demining activities.

Moreover, the ICRC has participated in the annual events that the IRMAC organizes in order to commemorate the International Day for Mine Awareness and Assistance in Mine Action days.

Having in mind the importance of knowledge sharing and upholding international standards, the ICRC supports the IRMAC with its technical expertise as well as facilitating flow of information/experience and knowledge through peer-to-peer exchange between the IRMAC and other mine action centers/actors abroad.

The ICRC and IRMAC also developed animations tailor-made to different target audience in the contaminated provinces for educational purposes in order to spread safe behavior messages. These animations are widely used by different institutions involved in MRE during their training sessions.