History of the ICRC 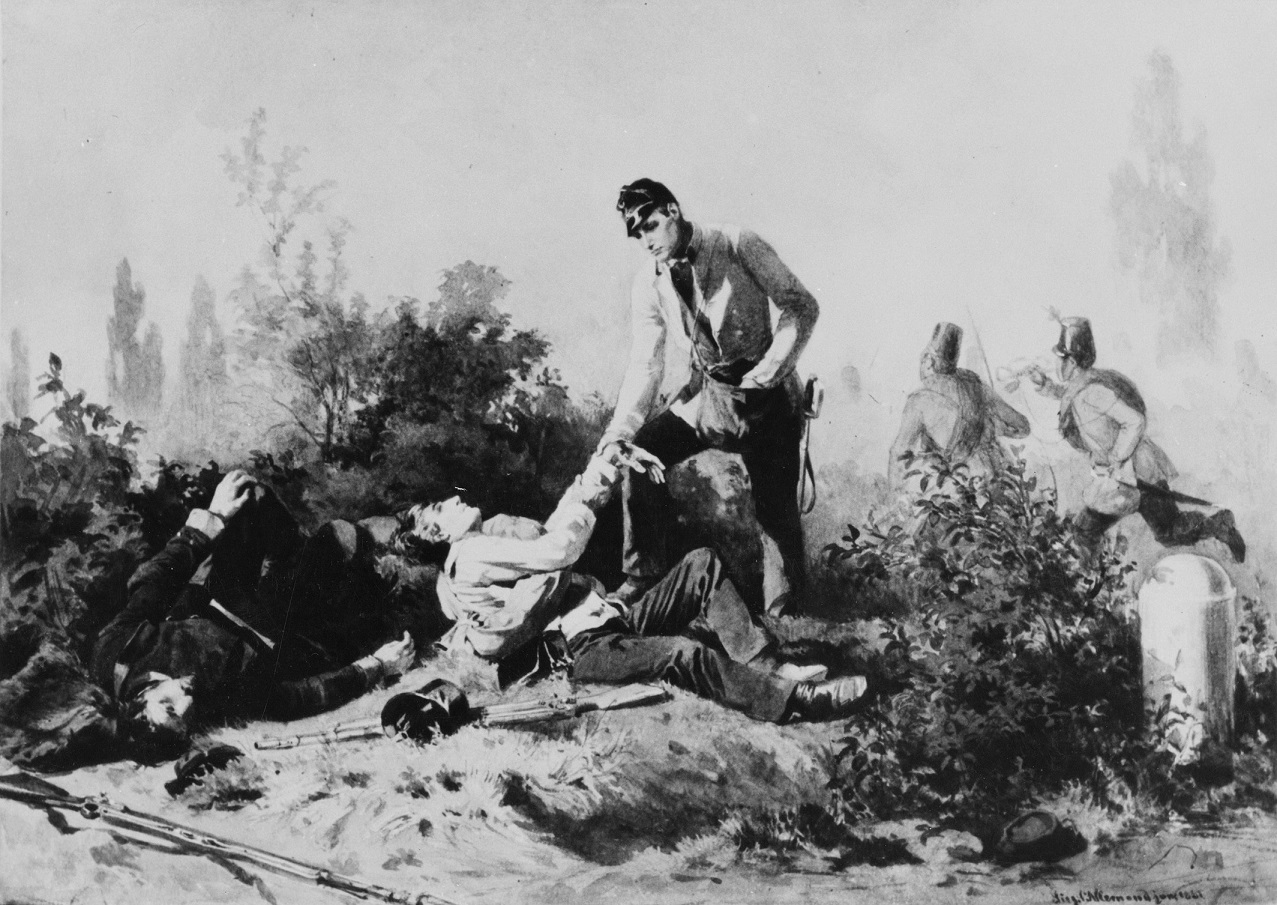 Overview
Since its creation in 1863, the ICRC’s sole objective has been to ensure protection and assistance for victims of armed conflict and strife. It does so through its direct action around the world, as well as by encouraging the development of international humanitarian law (IHL) and promoting respect for it by governments and all weapon bearers. Its story is about the development of humanitarian action, the Geneva Conventions and the Red Cross and Red Crescent Movement.

The founding
What was to become the International Committee of the Red Cross met for the first time in February 1863 in Geneva, Switzerland. Among its five members was a local man named Henry Dunant who, the year before, had published a crusading book (A Souvenir of Solferino) calling for improved care for wounded soldiers in wartime.

By the end of the year the committee had brought together government representatives to agree on Dunant’s proposal for national relief societies, to help military medical services. And in August 1864 it persuaded governments to adopt the first Geneva Convention. This treaty obliged armies to care for wounded soldiers, whatever side they were on, and introduced a unified emblem for the medical services: a red cross on a white background.

The ICRC’s primary role was a coordinating one. But it gradually became more involved in field operations, as the need for a neutral intermediary between belligerents became apparent. Over the following 50 years, the ICRC expanded its work while national societies were established (the first in the German State of Württemberg in November 1863) and the Geneva Convention was adapted to include warfare at sea.

First World War, 1914-18
At the outbreak of the First World War, based on experience in other conflicts, the ICRC opened a Central Prisoners of War Agency in Geneva, to restore links between captured soldiers and their families.

It continued to innovate: its visits to prisoners of war grew during this period and it intervened over the use of arms that caused extreme suffering – in 1918 it called on belligerents to renounce the use of mustard gas. That same year it visited political prisoners for the first time, in Hungary.
The national societies themselves undertook an unprecedented mobilization that saw volunteers running ambulance services on the battlefield and caring for the wounded in hospitals. For the Red Cross in many countries, it was their finest hour.

1918-1939
After the war, many national societies felt that, with the coming of peace and hopes for a new world order, the role of the Red Cross had to change. In 1919, they founded the League of Red Cross Societies, intended as the future coordinating and support body for the Movement. But conflicts during the 1920s and 1930s emphasized the need for a neutral intermediary, and the ICRC remained active – increasingly outside Europe (Ethiopia, South America, the Far East) and in civil wars (notably in Spain).

The ICRC persuaded governments to adopt a new Geneva Convention in 1929 to provide greater protection for prisoners of war. But despite the obvious broader threats posed by modern warfare, it was unable to have them agree on new laws to protect civilians in time to prevent the atrocities of World War II.

Second World War, 1939-45
The Second World War saw a huge expansion of activities as the organisation tried to work to assist and protect victims on all sides. The ICRC and the League worked together to ship relief supplies across the globe, reaching both prisoners of war and civilians. ICRC delegates visited POWs around the world and helped exchange millions of Red Cross Messages between family members. For years after the war, the ICRC dealt with requests for news about missing loved ones.

However, this period also saw the ICRC’s greatest failure: its lack of action on behalf of victims of the Holocaust and other persecuted groups. Lacking a specific legal basis, bound by its traditional procedures and hindered in its ability to act by its ties with the Swiss establishment, it was unable to take decisive action or to speak out. It was left to individual ICRC delegates to do what they could to save groups of Jews.

Since 1945
Since 1945 the ICRC has continued to urge governments to strengthen international humanitarian law – and to respect it. It has sought to deal with the humanitarian consequences of the conflicts that have marked the second half of the 20th century – starting with Israel and Palestine in 1948.

In 1949, at the ICRC’s initiative, states agreed on the revision of the existing three Geneva Conventions (covering wounded and sick on the battlefield, victims of war at sea, prisoners of war) and the addition of a fourth: to protect civilians living under enemy control. The Conventions provide the ICRC’s main mandate in situations of armed conflict.

And in 1977, two Protocols to the Conventions were adopted, the first applicable to international armed conflicts, the second to internal ones – a major breakthrough. The Protocols also laid down rules concerning the conduct of hostilities.