The ICRC started its activities in the Islamic Republic of Iran in 1977 and maintained its presence in the country during the Iraq-Iran war.

The ICRC’s activities during Iraq-Iran was mainly in visiting the Prisoners Of War (POWs), delivering assistance to POWs and displaced persons, transmitting the Red Cross Messages (RCMs) and acting as neutral intermediary for the repatriation of sick and wounded. 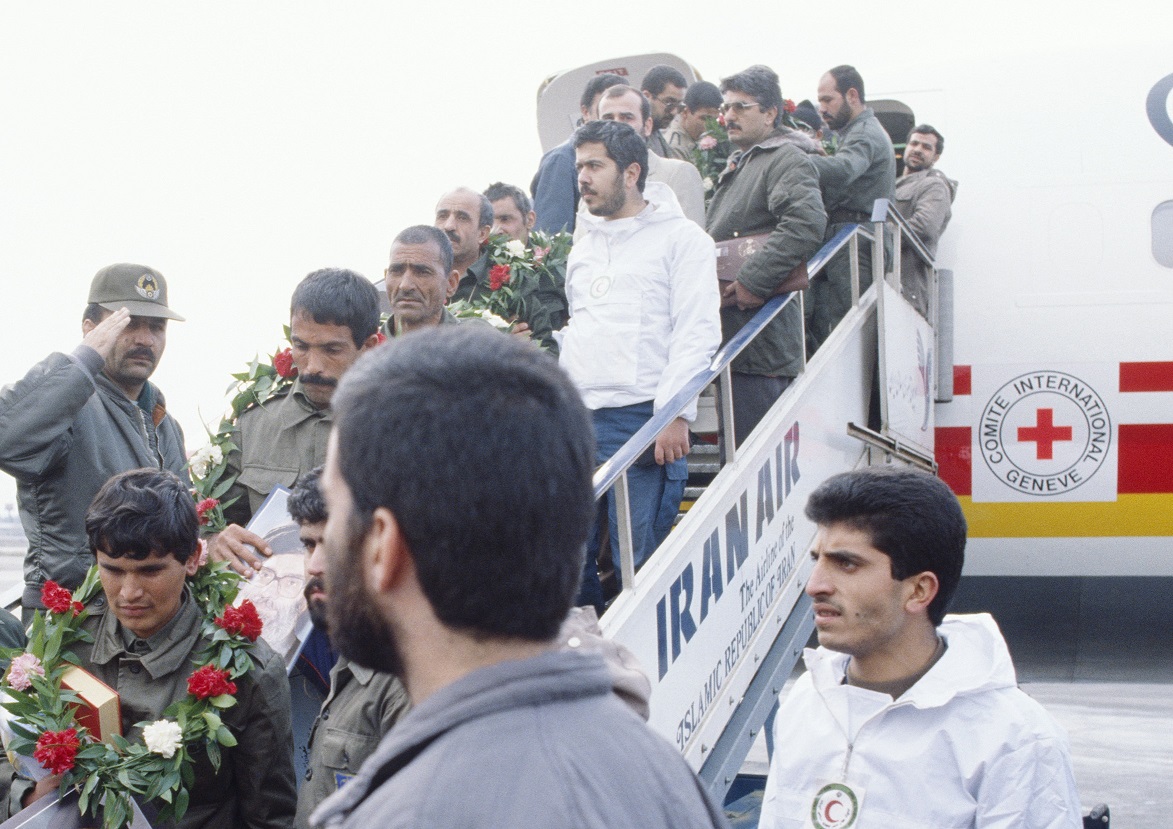 Iran-Iraq conflict, Tehran airport. Repatriation of the wounded and sick Iranian prisoners of war, under the aegis of the ICRC.

After some years of limited presence, the ICRC expanded its activities in Iran in 2001, mainly to support its humanitarian operations in Afghanistan and later in Iraq.

Between 2001 to 2010, the ICRC opened and ran offices in Mashhad, Orumiyeh and Kermanshah in order to provide logistical support to its operations in Afghanistan and Iraq.

Today, in the Islamic Republic of Iran, the International Committee of the Red Cross (ICRC) continues to help address the humanitarian consequences of the 1980–88 Iraq-Iran war in relation to the issue of missing persons. It works in partnership with the Iranian Red Crescent Society (IRCS) and other Iranian organizations and bodies in the fields of tracing, physical rehabilitation and international relief efforts.

The ICRC fosters the acceptance of humanitarian principles and International Humanitarian Law (IHL) and its compatibility with Islamic jurisprudence. The ICRC supports local initiatives to mitigate risks related to people’s health and their exposure to mines and Explosive Remnants of War (ERW), and support access to health care for Afghan migrants.