Background
The strategic geographical position of Iran which provides the country easy access to international waters through the Persian Gulf and a developed network of road, rail and air transport in most of part of the country, makes Iran a suitable platform to provide cost-effective and efficient logistical support to other ICRC delegations. In addition, proximity to Iraq, Syria and Afghanistan, where the ICRC runs some of its largest operations, has made Iran strategically important for the organization..

History
In 2001, the ICRC resumed its presence and activities in Iran mainly for giving logistical support to its operations in Afghanistan. During the next 10 years, such support expanded considerably. Eventually the focus of activities was shifted from Afghanistan to Iraq, with Kermanshah replacing Mashhad as the main logistical base. In 2008, the warehouse in Kermanshah was the largest ICRC’s storage facility worldwide. The warehouse was closed down at the end of 2012 due to the decrease in logistical support to Iraq.

Since early 2011, Logistics in Iran resumed transiting part of relief aid pipeline for Afghanistan, through Mashhad.

Local Procurement
Logistics procurement in Iran started since 2001 with food and emergency household items (e.g. thermos bottles, steel kettles and towels) and expanded to purchasing of water and sanitation materials as of 2005. Total purchases from Iran since October 2001 to July 2016 amount to 50 million USD.

High quality and competitive prices of the Iranian products have since placed Iran among the regular suppliers of water and sanitation materials for the region and beyond.

Level of local purchases have been changing in line with the operational needs. A minimum was recorded in 2005 (following the attack to the ICRC offices in Baghdad in 2003) and a peak in 2007 when Kermanshah provided 85% of the relief aid goods entering Iran.

Over 9 ICRC delegations have so far received Iranian goods including Iraq, Afghanistan, Africa, Syria, Yemen, Jordan, Georgia and the Commonwealth of Independent States (CIS) countries. The positive feedback from recipient delegations confirms the satisfaction on the quality of the goods and services rendered by the organizations mission in Iran.

Warehousing and Transport
In March 2016, the ICRC established a regional emergency warehouse in Tehran within the compound of the Relief and Rescue Organization of the Iranian Red Crescent Society. The warehouse serves as a buffer for any emergencies in the region, especially in Iraq. 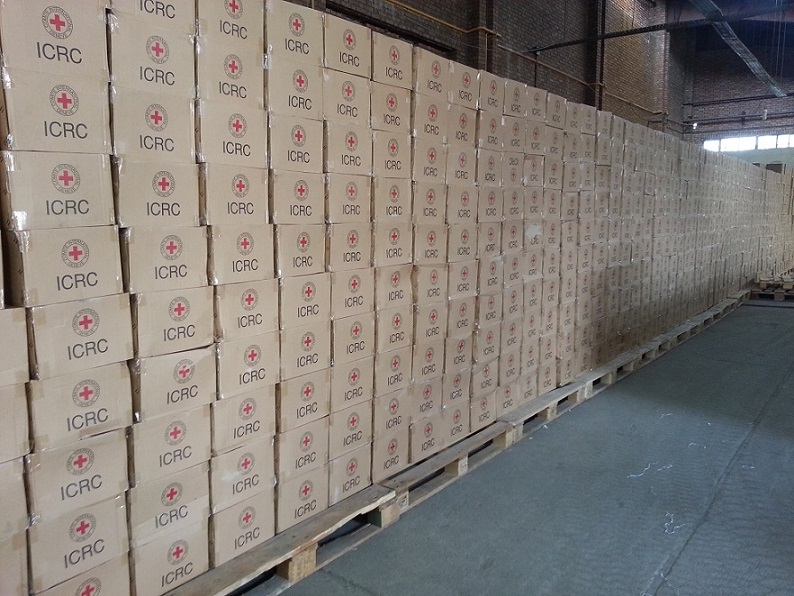 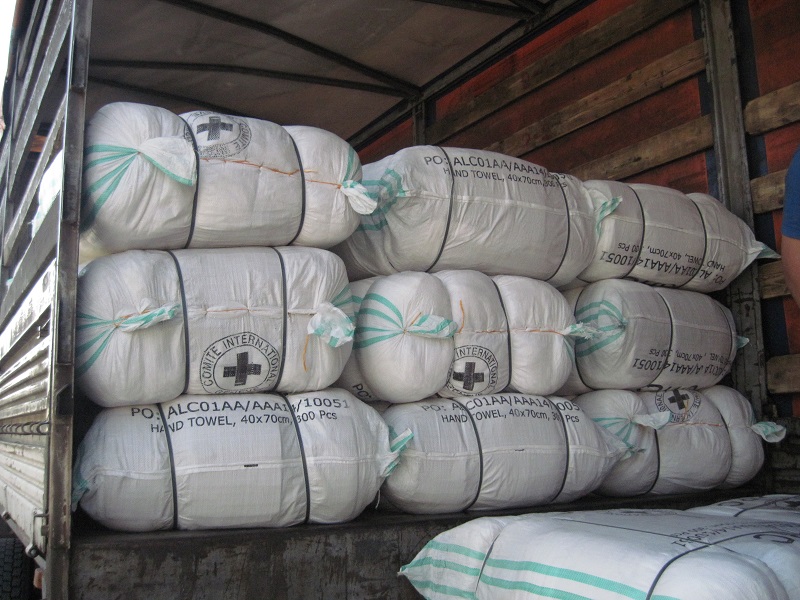 The ICRC kept operational presence (warehouses and movement of stocks) in Iran from 2001 to 2012. Since closure of Kermanshah, the organization did not see the need to keep heavy Logistical set-up in the country (considering the IRCS huge capacities, and ICRC delegations in Amman and Peshawar also available for support), and has focused on developing the Iranian market for procurement.