In the later part of 2005 the ICRC in Tehran began its support of the identification process of human remains from the Iraq-Iran war. This support initially began with a series of assessments in the year 2006 and 2007. As a result of the assessments a capacity building initiative on forensic Human Identification was carried out for members of the recovery and identification process in 2008. In addition, support for DNA equipment was signed in January 2009 for both the Kawsar Human Genetic Research Center and the Iranian Legal Medicine Organization to ensure that the scientific identification of human remains from the war could be achieved in order to establish accurate identities and be returned to families of the missing martyrs’. As part of the objectives of resolving cases of missing soldiers from the Iraq-Iran war, the ICRC forensic services continues to date to support the technical capacities of forensic capacities where relevant and required according to its forensic humanitarian action mandate.

When a missing person is believed to be dead, two complimentary lines of thought must be pursued:

An Iranian scientist from the Noor Identification lab from Tehran, Iran working on a case at the Committee of Missing person’s lab in Nicosia, Cyprus: 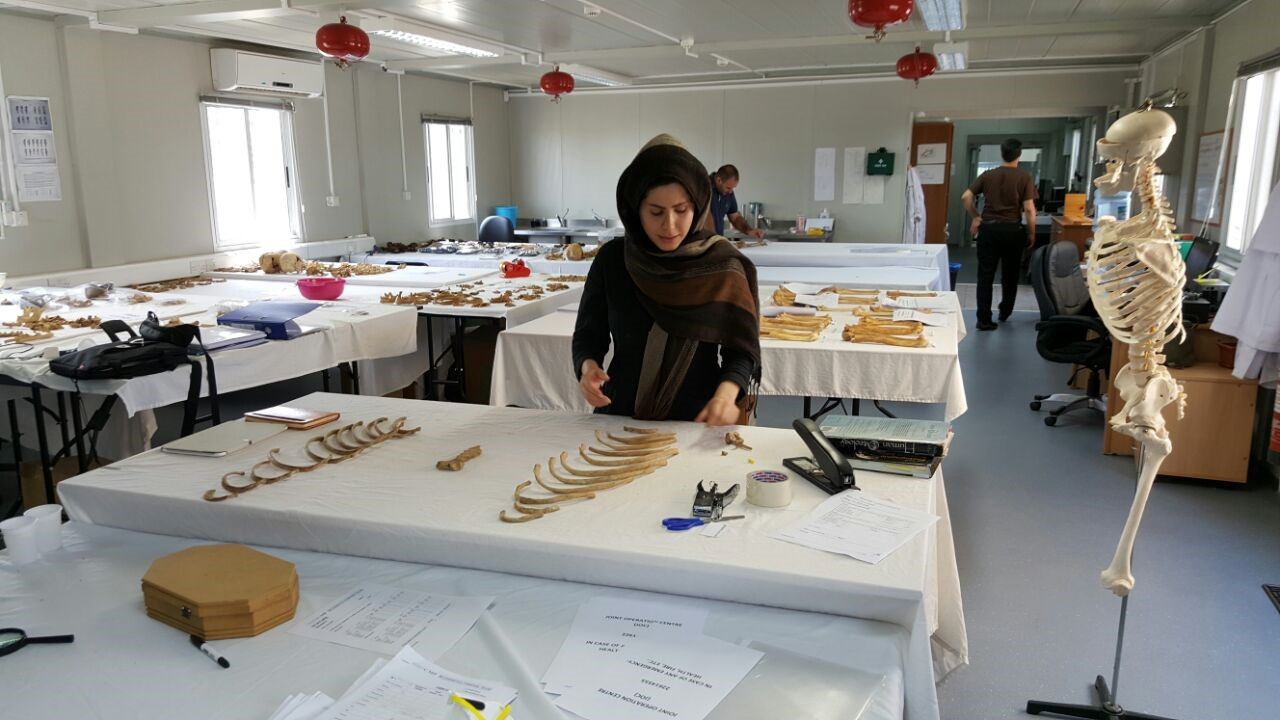 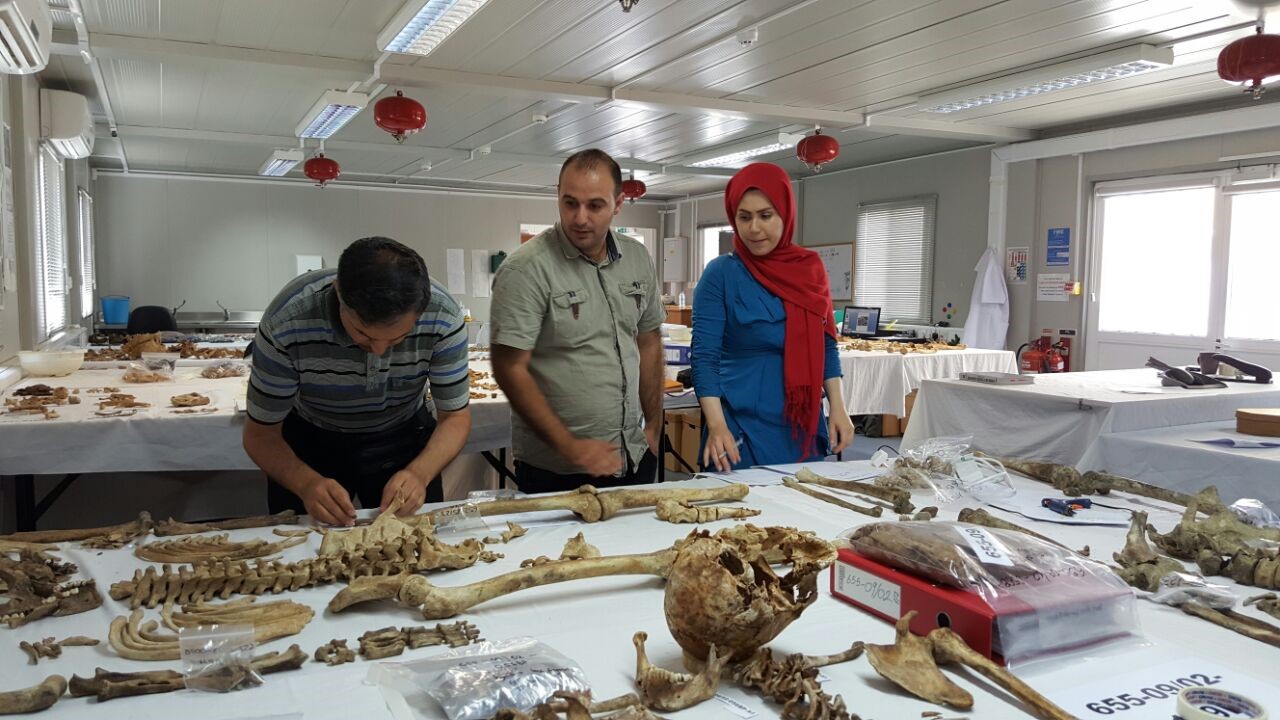 The then Head of ICRC’s mission Oliver Martin in Iran reads a speech at the opening ceremony at the 3rd Regional Course on Forensic Anthropology and Human Identification in Isfahan Iran December 2015 where doctors from Afghanistan, Lebanon and Syria participated: 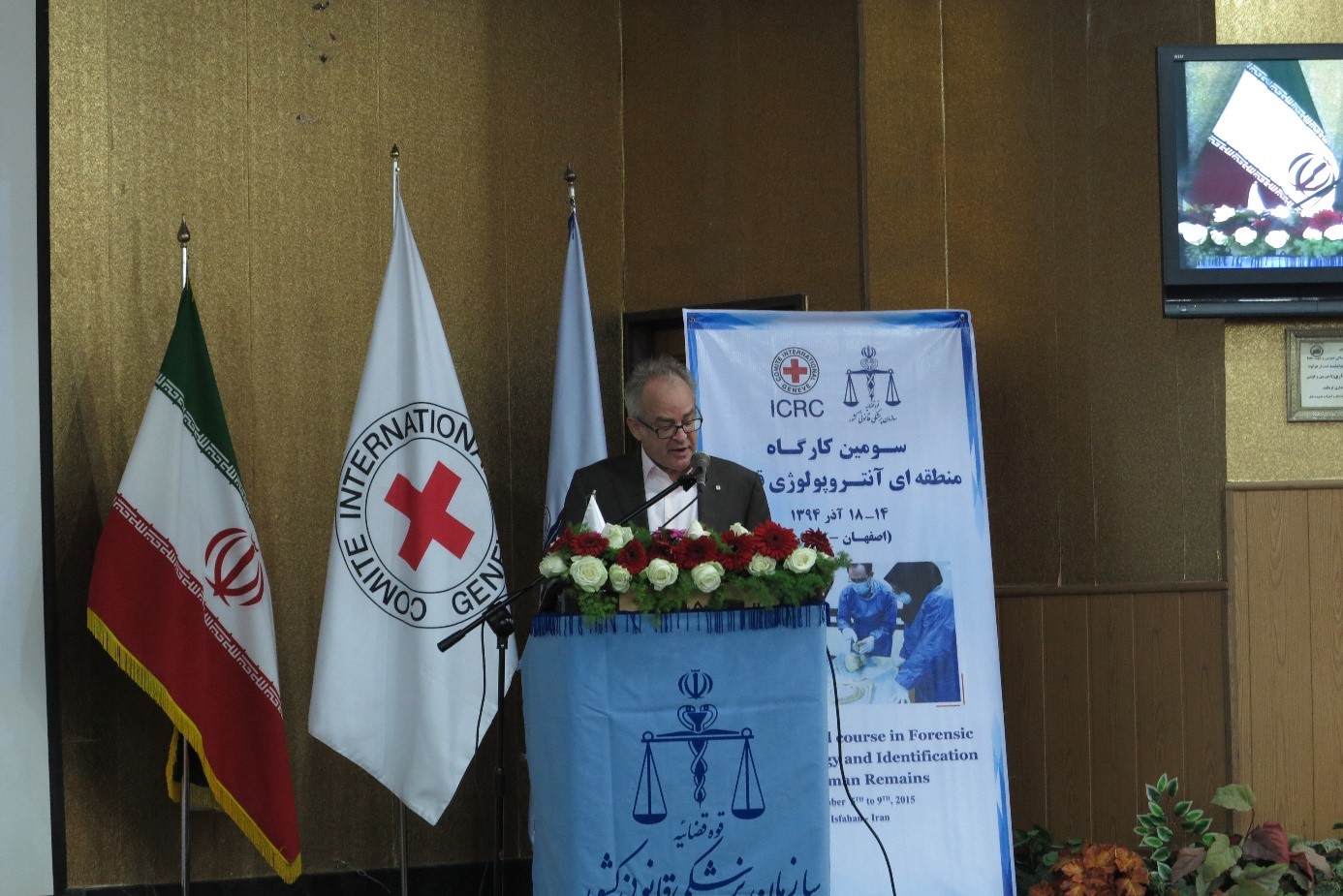 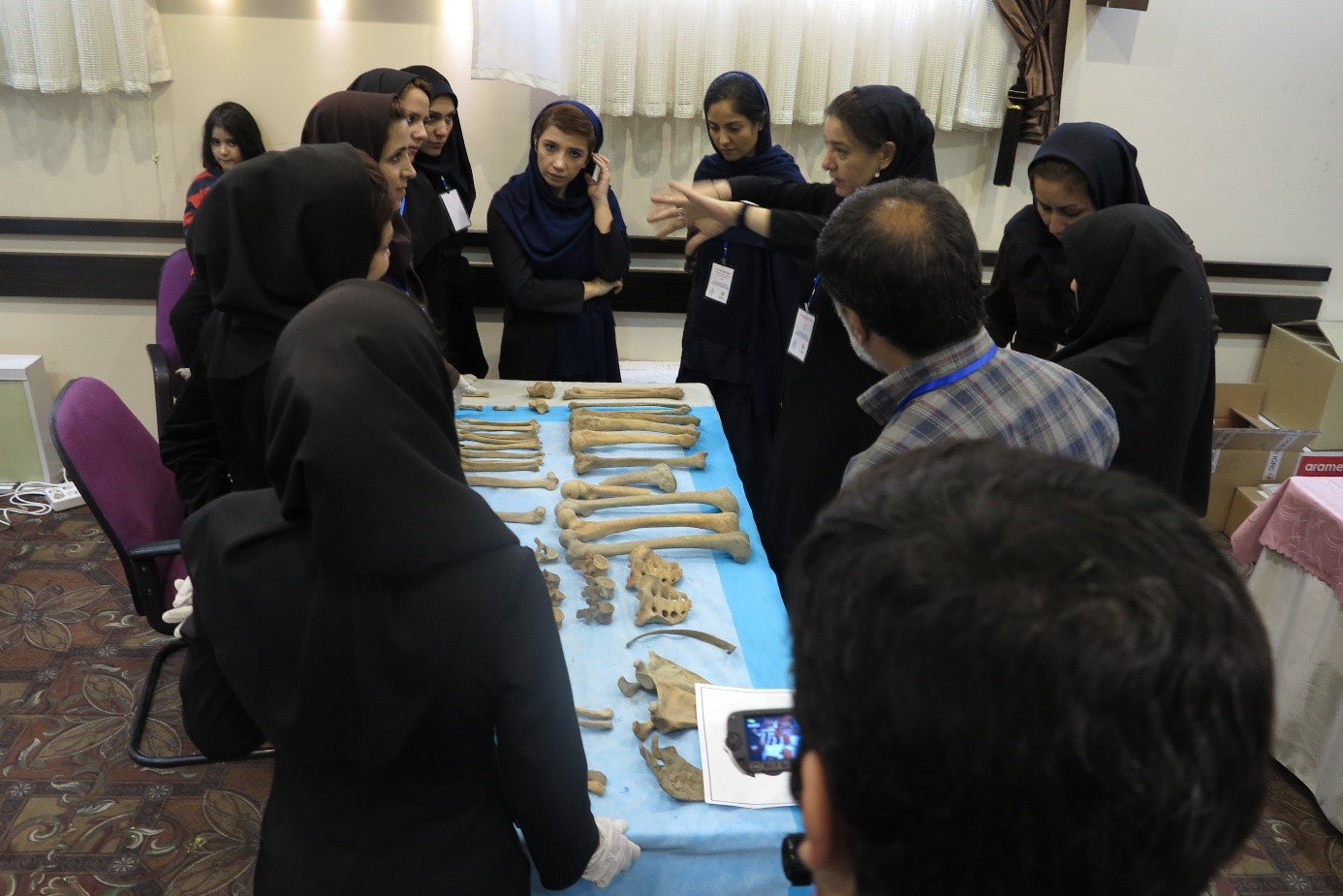 MANAGEMENT OF THE DEAD IN EMERGENCIES

The management of the dead is recognized as one of the three pillars of humanitarian response in disasters, together with the care of survivors and restoring basic services. In addition, in International Humanitarian Law the right of families to know the fate and whereabouts of their loved ones simultaneously with the respect and proper management of the dead. Therefore, in response to needs identified by the International Committee of the Red Cross (ICRC) worldwide, the ICRC has developed capacity building exercises in the Management of the Dead in Emergencies. It seeks to introduce participants to a standard and shows practical methods of managing the dead in an emergency situations. This course brings together emergency responders in a multidisciplinary training environment designed for various emergency management from relevant institutions, agencies and organizations who have a responsibility in the management of the mass fatality situations in Iran.

TRAINING EMERGENCY RESPONDERS ON THE MANAGEMENT OF THE DEAD IN EMERGENCIES

An emergency responder at the 1st National course on the management of the dead in emergencies in Tehran 5 – 7 October 2015 filling out the proper documentation to ensure relevant information is obtained from the deceased victim to facilitate their traceability and contribute to their identification: 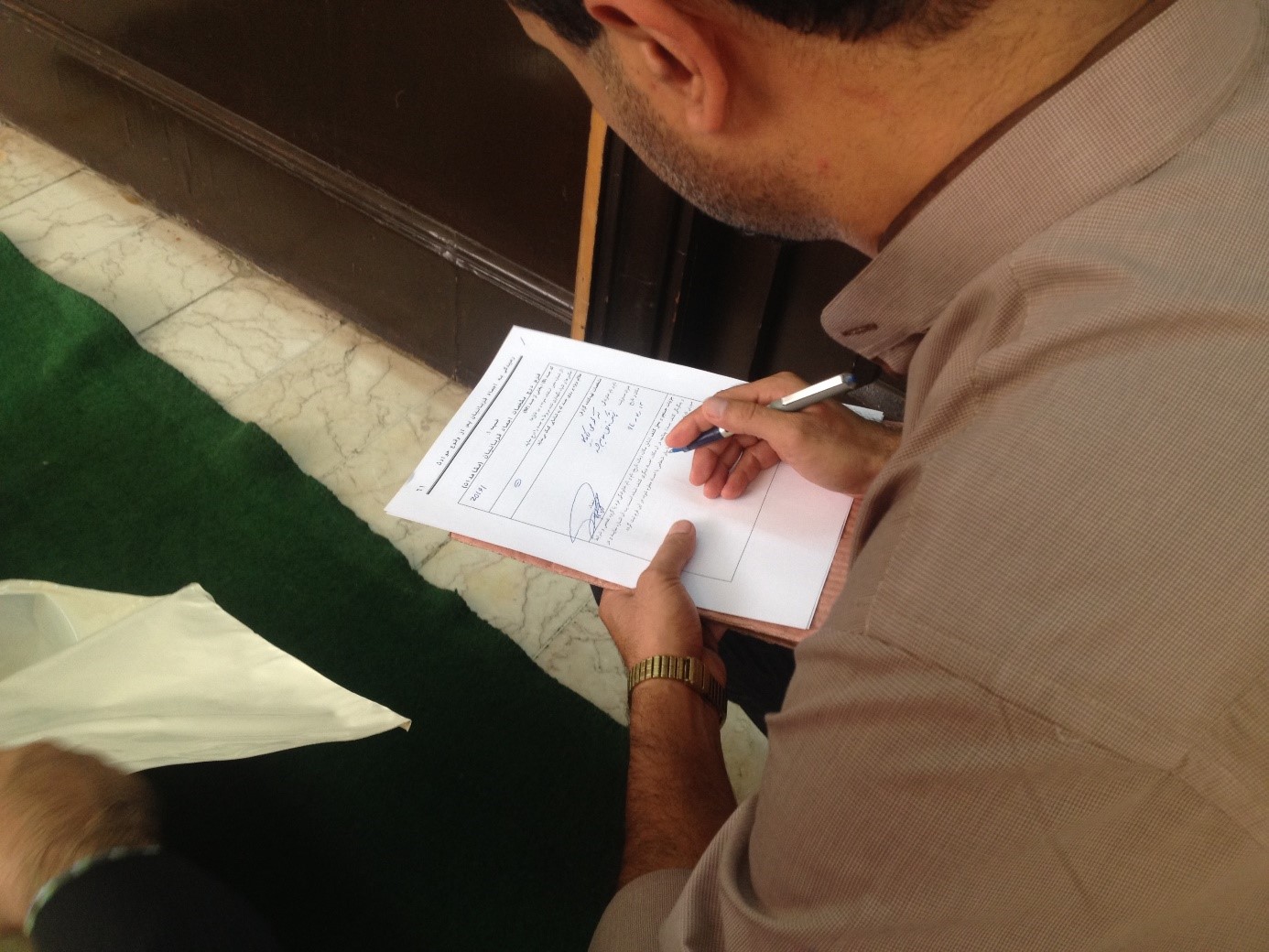 Organizers and participants who completed the 1st National course on the management of the dead in emergencies in Tehran 5 – 7 October 2015 pose for a group photograph: 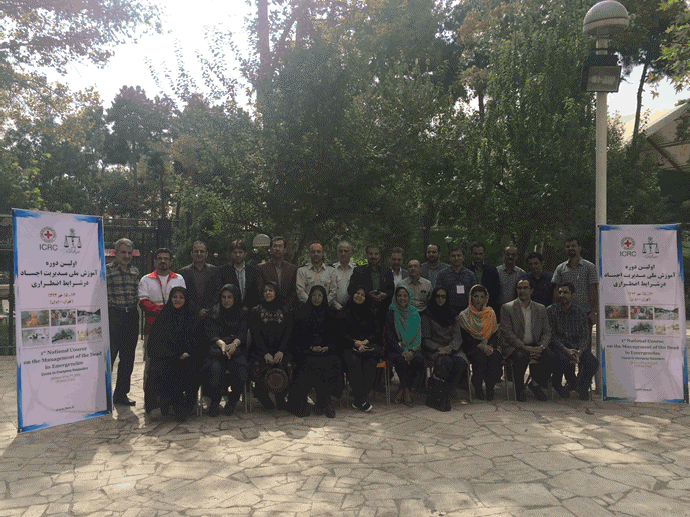 DEVELOPING GUIDELINES FOR THE PROPER MANAGEMENT OF HUMAN REMAINS 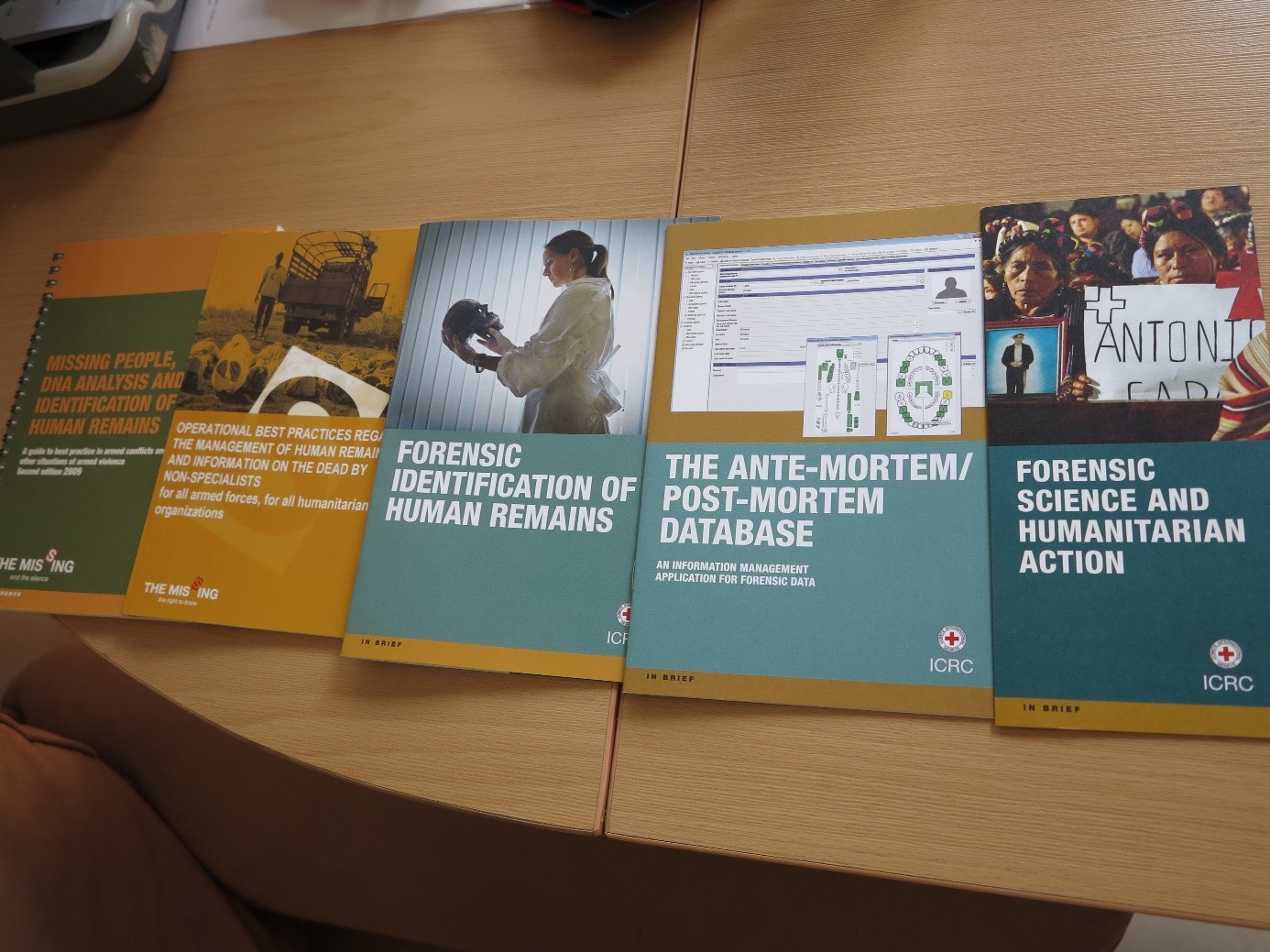 Operational Best practices regarding the management of human remains

Management of the dead Manual