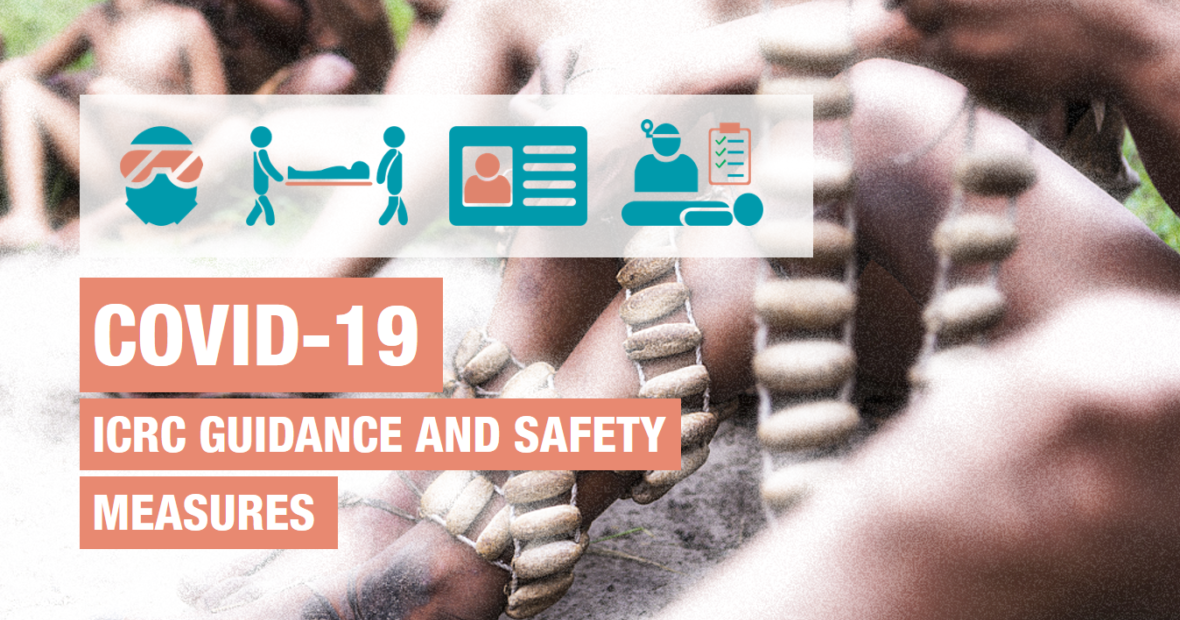 The outbreak of the COVID-19 pandemic has meant that last rites have to be accelerated and adapted to minimise the number of people in close contact with the dead body. These changes have greatly affected the way people emotionally process and accept the death of a loved one. This short note considers the varied mortuary practices of tribal communities in the Indian subcontinent and provides some guidelines for the safety of community members, frontline workers and others who may be involved.

As per India’s census in 2011, tribal people constitute 8.6% of the country’s total population[1]. This translates into over 104 million people, making India the country with the largest tribal population in the world. As per government records (Anthropological Survey of India), there are 461 tribal communities out of which 174 are identified as sub-groups. Tribal populations are also found in other countries within the Indian subcontinent, namely Nepal, Bangladesh, Pakistan and Sri Lanka.

Among tribals of the Indian subcontinent, cultural practices, rituals and terminologies are as varied as the number of tribes. Over centuries, the constant interaction between tribes and non-tribal people has also resulted in some melding of cultural and religious practices. Some examples are tribes like the Munda, Kharia and Oraon of Bihar, the Santal of Orissa, Bihar, and West Bengal and the Bhils of Madhya Pradesh, Gujarat, Rajasthan and Maharashtra which have been variously influenced by Hinduism, Buddhism, Christianity and Islam. Tribal groups in the Himalayas have, meanwhile, been influenced by Hinduism and Buddhism.

This has led to a vast variety of practices and an immense diversity within the ritualistic realm of practices around death. This includes but is not limited to ritual washing, cleaning and beautifying of the dead body, periods of mourning, singing, reciting stories and the establishment of megaliths or wooden poles, among others.

Most tribal communities observe certain customs before and after the funeral. The tribes of India follow a pattern of rituals such as observances in the house of the deceased, burial or cremation, a mourning period, purification, funeral feast and so on. The variation in practices is, however, very wide. While Khasis, for example, dispose of a dead body after three days, the Gaddi tribe wait for a day for friends and relatives, and the Rengma Nagas of Nagaland give a pre-funeral feast immediately after the death of a community member[2].

Mortuary practices in the South Asia region, though varied, can be divided in two categories, burial and cremation, with variations within these groups like green burial and dry burial.   For example, the Toda tribe[3] from Tamil Nadu incorporate elements of the natural world in funeral ceremonies.

Cremation and burial are both common in tribal communities across South Asia, but the details of the rites vary depending on beliefs, community, caste, gender and the age of the dead. This document in no way looks to comment of mortuary rituals but is aimed at protecting the lives of family and community members who may be confronted with the death of a COVID-19 patient.

The ICRC guidance on management of the dead during COVID-19 aims to protect the lives of healthcare workers, body handlers and the rest of the community. With proper preparation and planning, the safety of healthcare workers on the frontline of the response can be ensured as well as the dignity of those who are confirmed/believed to have died due to COVID-19.

Read more on dignified management of the dead during COVID-19:

COVID-19: Hinduism and Management of the Dead