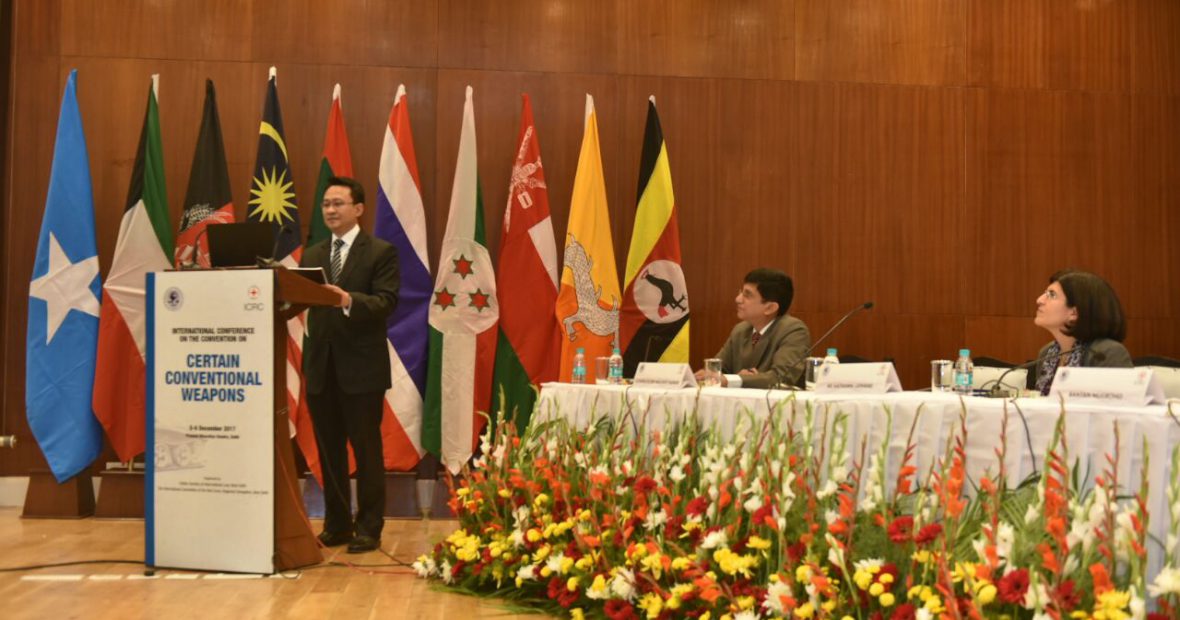 During the session on the state of ratification and implementation of CCW. ©ICRC

The International Conference on the Convention on Certain Conventional Weapons (CCW) on 5 – 6 December 2017 in New Delhi was organised with the support and guidance of the Ministry of External Affairs (MEA), India. The Conference drew over 50 participants from 24 States covering the Asia region, the Gulf, and East Africa as well as experts from four international institutions — United Nations Office of Disarmament Affairs (UNODA), Geneva International Centre for Humanitarian Demining, South Asian Association for Regional Cooperation (SAARC), and Asian African Legal Consultative Organization (AALCO). It provided a valuable forum for exchange on CCW from a military, legal and humanitarian perspective among senior government officials and experts working in these sectors. 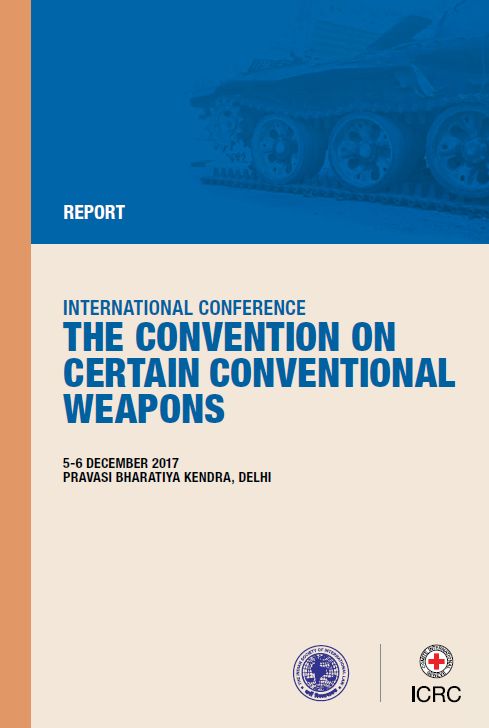 The objectives of the conference were the universalisation and adherence to the CCW and its Protocols and their enhanced implementation in order to ensure respect for International Humanitarian Law (IHL). The ICRC has been closely involved in the processes that led to the CCW and its Protocols, consonant with its long-standing role to promote the strengthening of IHL rules.

Several States, including India, and international institutions participating in the CCW Conference have drawn attention to the humanitarian consequences of weapons regulated or considered under the CCW and its Protocols. The CCW and its protocols provide a framework to limit or prohibit the use of specific weapons – mines, explosive remnants of war and incendiary weapons, among others. It also provides a framework for action to address concerns arising from ongoing armed conflicts and from changes in the nature and evolution of warfare. It includes issues of relevance to the Convention such as improvised explosive devices (IEDs), autonomous weapon systems (AWS) and anti-vehicle mines. All of these topics were on the agenda of this two-day conference.

The discussions delved into the legal intricacies of the Convention and its Protocols and the successes and challenges encountered in ensuring its implementation, as well as the humanitarian and developmental costs from the use of conventional weapons and its impact on States. As the CCW and its protocols contain provisions on international assistance and cooperation, discussions focused on creating communities to address threats posed by mines and explosive remnants of war and for the rehabilitation of those affected. The discussions highlighted challenges including the lack of funding which affects clearance efforts, coordination of assistance from States and other entities and the role of national IHL committees. The practical experiences shared by delegates from those States that had achieved milestones in implementing the CCW were useful for others. This was a significant aspect especially seen from the thematic of universalising the treaty. 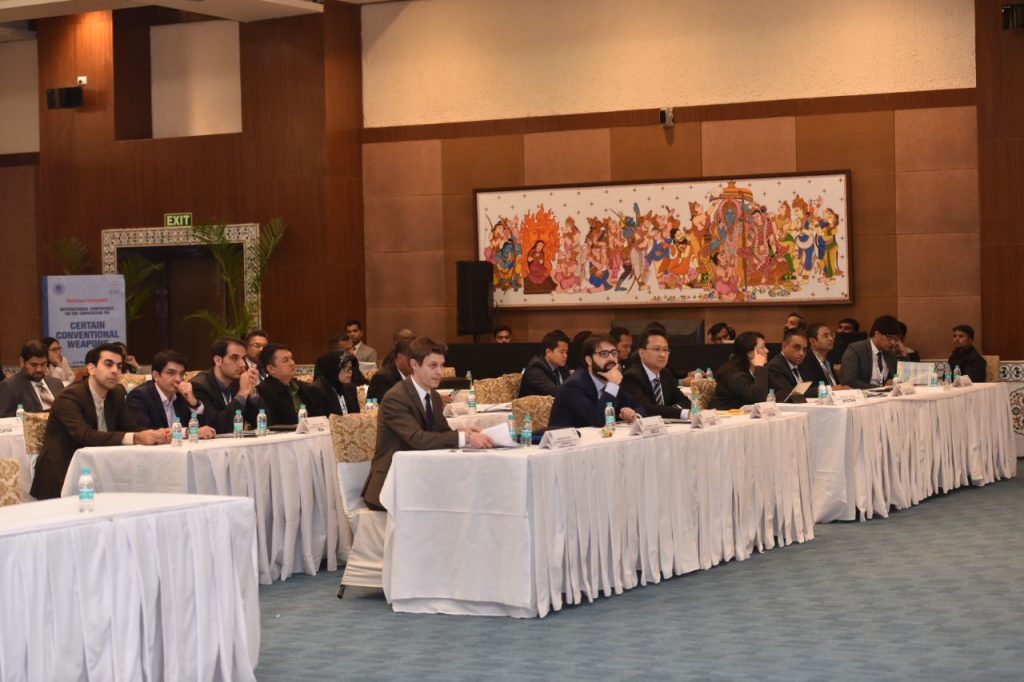 Over 50 participants from 24 States covering the Asia region, the Gulf, and East Africa attended the conference. ©ICRC

On IEDs, the discussions focused on their increasing use and indiscriminate effects on civilians, especially in situations below the threshold of conflict, not covered under Amended Protocol II of the CCW. The deliberations touched upon the recommendations outlined in the Declaration on IEDs adopted during the CCW’s Fifth Review Conference which includes measures that States can take to address the problem.

The Conference also discussed weapons that can select and attack targets without human intervention, also known as AWS. It noted the broad agreement among States on the need to maintain human control over such weapon systems, but that there was less agreement on its scope. The focus was on ways to ensure AWS conformity with IHL national legal reviews as required under Art. 36 of the Additional Protocol I to the Geneva Conventions of 1949 and whether they were sufficient or is there a need for newer international regulations because of the risk of inconsistency in how such weapons are regulated from one State to another. It looked at the ongoing work of the CCW Group of Governmental Experts on Lethal Autonomous Weapons Systems which met for the first time in November 2017 and which was chaired by India. Lastly, the Conference looked at institutional support services provided by the ICRC and the UNODA to achieve adherence to the CCW and its full implementation.

This was a landmark event for the ICRC Regional Delegation and on the ICRC’s global calendar. It highlighted ICRC’s longstanding commitment to hosting multilateral IHL discussions in forums where States from different regions can equally engage and weigh in to share their perspectives and concerns.  Perhaps more significantly, it also showcased that New Delhi could host and serve as a convening center for Track I IHL deliberations in times to come.