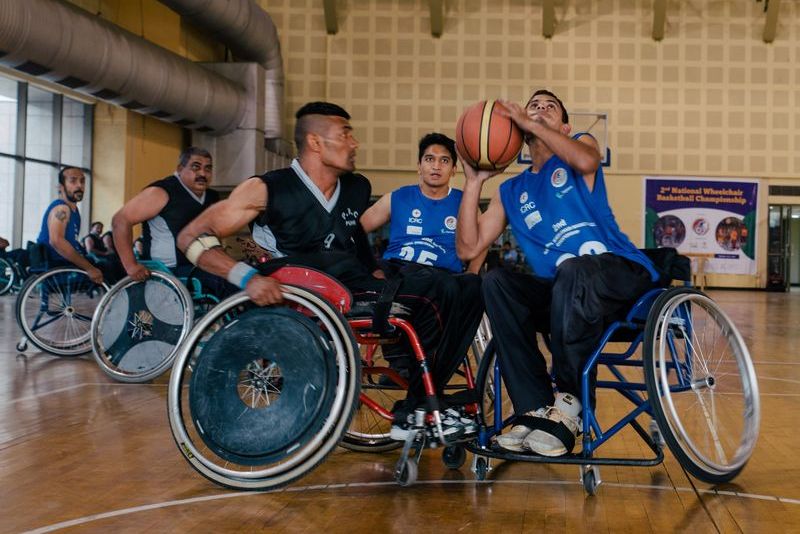 During a match at the 2nd National Wheelchair Basketball Championship in 2015. ©Shrikkanth

It was not long ago — in 2014 — that the ICRC got together with the Wheelchair Basketball Federation of India (WBFI) to organise the first training camp in the country for wheelchair basketball with a few players and coaches. Two National Championships later, the Indian wheelchair basketball players in the U-23 category are leaving no stone unturned to make their international debut next year.

As heartwarming as their commitment to this game is the support the players have received from one of the greatest Indian male athletes — Milkha Singh. With Indian Paralympians winning laurels for their extraordinary performance at the recent Paralympic Games in Rio de Janeiro, Brazil, a momentum has been created, more than ever, to strengthen Paralympic sports in India and help players to hone their skills. Madhavi Latha, President WBFI and a National Paralympic swimming champion, has also launched an online campaign seeking donations for the team.

A recent article on The Better India (thebetterindia.com) titled ‘Here’s Why Milkha Singh Is Backing the Country’s First Wheelchair Basketball Team‘  talks about how the sport has evolved over the years in India.

Game for Empowerment, Recognition and Pride

Heads Turn as Wheels Roll at Basketball Championship in Delhi