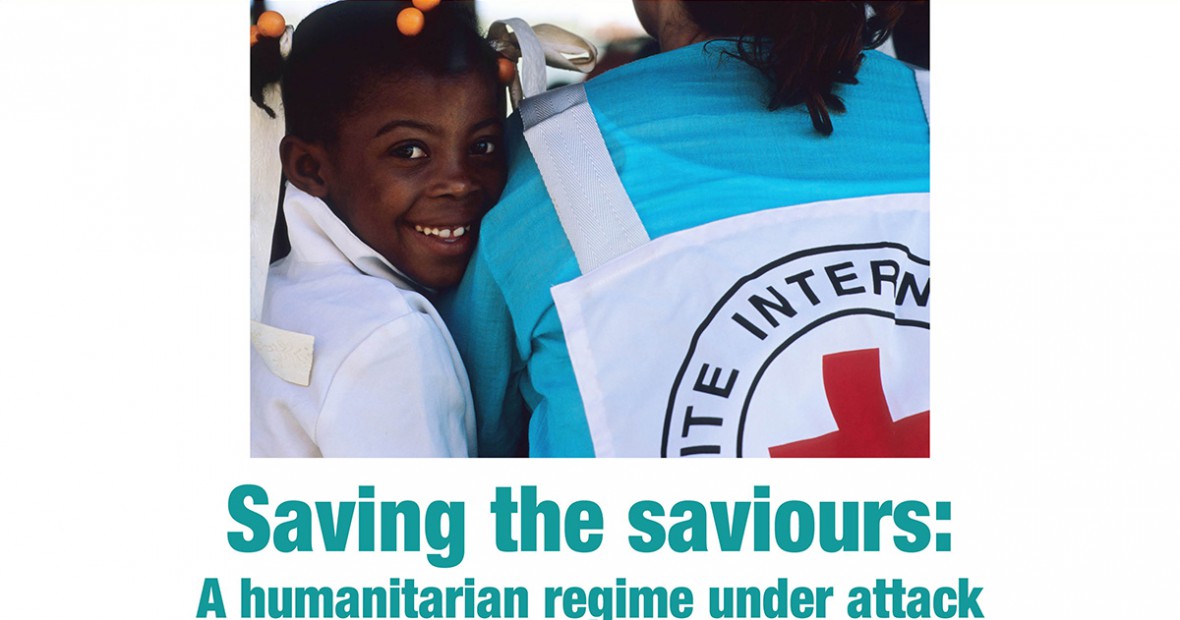 The ICRC Regional Delegation for India, Bhutan and the Maldives announces the third edition of Humanitarian Tiffin Talk to be held at the delegation’s New Delhi office. This time, the topic of discussion is Saving the Saviours: A humanitarian regime under attack.

Dr Anne Hammerstad, a Delhi-based academic and honorary senior research fellow at the University of Kent in the UK will be the key speaker. The talk will be chaired by Rita Manchanda, research director for the South Asia Forum for Human Rights, and a journalist, writer, scholar, and human rights activist who has written extensively on human rights and security issues, particularly the role of women in conflict and peace-building. Also joining in as a respondent would be Sarbjit Singh Sahota, who works as emergency specialist with Unicef India.

The speakers will share insights on the topic of the talk, and engage in a question-and-answer session with the audience, expected to be a mix of representatives from internal organizations, academics, diplomats, journalists and students. 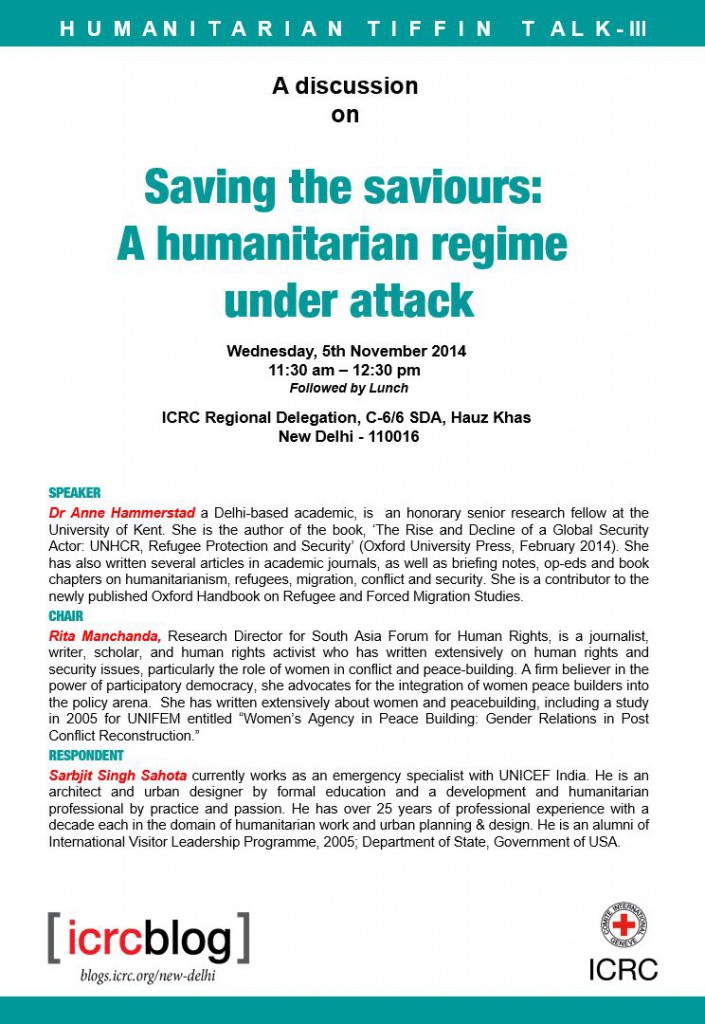 About the topic: The ethical foundation of humanitarian action was established in response to the horrors of the 19th and 20th century wars in Europe. After World War II, efforts were made by states to form the UN-led regime to respond to human suffering caused by man-made and natural disasters. Today, this regime — although funded mostly by European and North American actors — has a global reach. It has become codified, professionalised and institutionalised. Large multinational humanitarian organisations with thousands of employees handle budgets of billions of US dollars. In 2013, global spending on humanitarian action reached a record USD 22 billion. The amount seems set to rise in 2014.

However, the humanitarian regime is under unprecedented pressure from various quarters. Humanitarian workers are increasingly coming under attacks by combatants while attending to the needs of civilians on the margins, or in the midst of, raging conflict. They are being targeted by combatants and many have been kidnapped, killed and even executed. But, since such violent assaults on humanitarian workers by armed insurgents are usually driven by profit motives — kidnapping, for instance, is a big industry and humanitarian aid is valuable — strategic calculations and extreme ideologies, they cannot be said to pose a convincing challenge to the normative foundations on which the humanitarian regime rests.

What is more threatening — because it questions its ethical raison d’être — is the legitimate intellectual critique arising from the global South, as well as from a sizeable number of critical voices in the North, of what Teju Cole has memorably called ‘The White-Saviour Industrial Complex’.

In this talk, Dr Anne Hammerstead will discuss the nature of today’s global humanitarian regime: On what ethical basis do outsiders intervene to help victims of violent conflicts and other man-mad disasters? Are these ethical values universal or culture-specific? Is the humanitarian regime a fig leaf to cover, at best, the political inaction of the rich and powerful states of the world, or, at worst, to dress up their complicity and self-serving national interests as compassion? In short, can the normative and political project of humanitarianism be salvaged from the many-pronged attacks on its legitimacy?