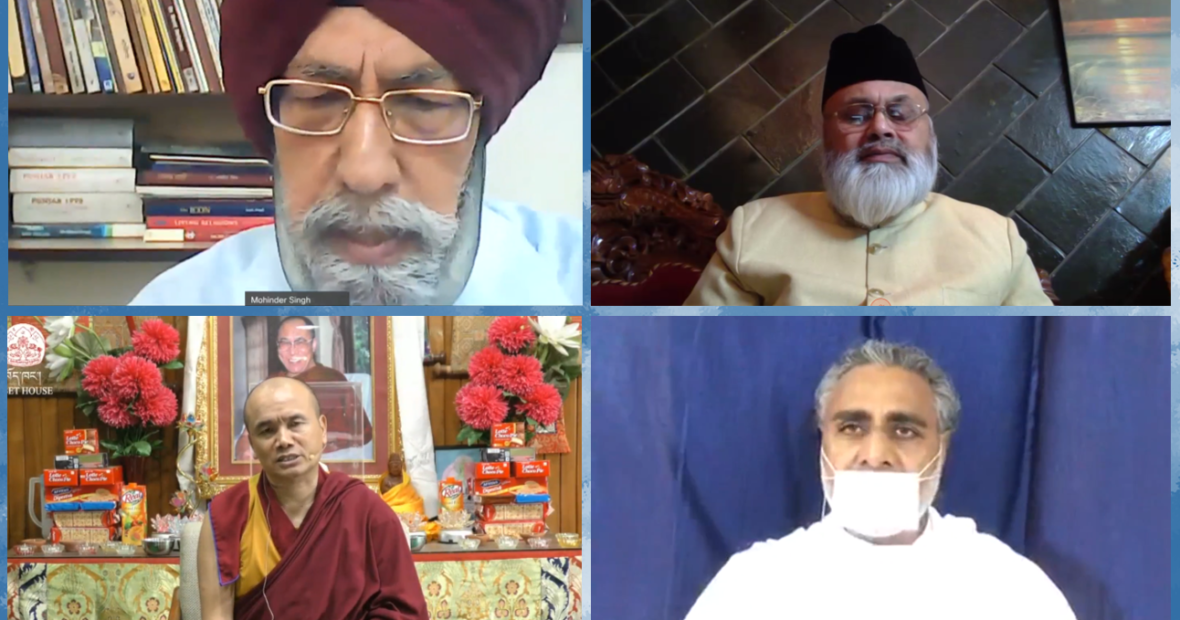 The pandemic has fundamentally altered every aspect of our lives and with the toll crossing more than 700,000 globally and 45,000 in India, it has hugely impacted the way we deal with deaths. Health facilities and workers on the frontlines of the response worldwide remain overwhelmed and people cutting across geographies and faiths are facing extraordinary challenges coping with the departure of loved ones as they are often unable to uphold key traditions and rituals. One of the pillars of the ICRC’s humanitarian response — dignified management of the dead — addresses the core of this issue and was discussed by spiritual leaders and scholars of major faiths at a recent webinar. Organized by Rajiv Gandhi National University of Law, Punjab, in collaboration with Temple of Understanding – India Foundation, this interfaith dialogue signifies the instrumental role played by community leaders in sensitizing people and giving them the strength to overcome misery.

Setting the tone of the discussion, Surinder Oberoi, Communication and Political Advisor, ICRC New Delhi regional delegation, outlined the importance of dignified management of the dead. He affirmed that it has a direct bearing as much on the sentiments and emotions of families of the deceased as on the safety of healthcare and deathcare workers. “The focus should be on preventing trauma and stigma while maintaining the dignity of the deceased and respecting the families’ religious sentiments,” he said.

Dr A. K. Merchant, General Secretary, Temple of Understanding – India Foundation, and National Trustee, Lotus Temple & Baha’i Community of India, moderated the discussion and represented the Baha’i community. He mentioned that Article 21 of the Indian Constitution allows every community full freedom to follow their respective religious traditions and recommended that, in the present scenario, government regulations must be followed for the welfare of the larger community.

Dr Mohinder Singh, Professor and Director of the National Institute of Punjab Studies, New Delhi, presented the Sikhism perspective regarding the last rites and elaborated on the rituals conducted before and after cremation of the body. He applauded the efforts of frontline workers and volunteers of numerous organisations who have been selflessly performing the last rites of unclaimed bodies and ensuring they get a proper and dignified burial/cremation.

Expressing concern over the grim scenario across the world, Venerable Geshe Dorji Damdul, Director of Tibet House, New Delhi, Cultural Centre of His Holiness the Dalai Lama, emphasized the significance of Buddhist burial rites. He underscored the need to be practical in the ongoing pandemic situation. Dr Khwaja Iftikhar Ahmed, Convener of India First, a group of Muslim intellectuals, and Founder President of the Interfaith Harmony Foundation of India, talked about the last rites under Islam and stressed the importance of necessary precautions — in the interest of the body of the deceased and all those around it. 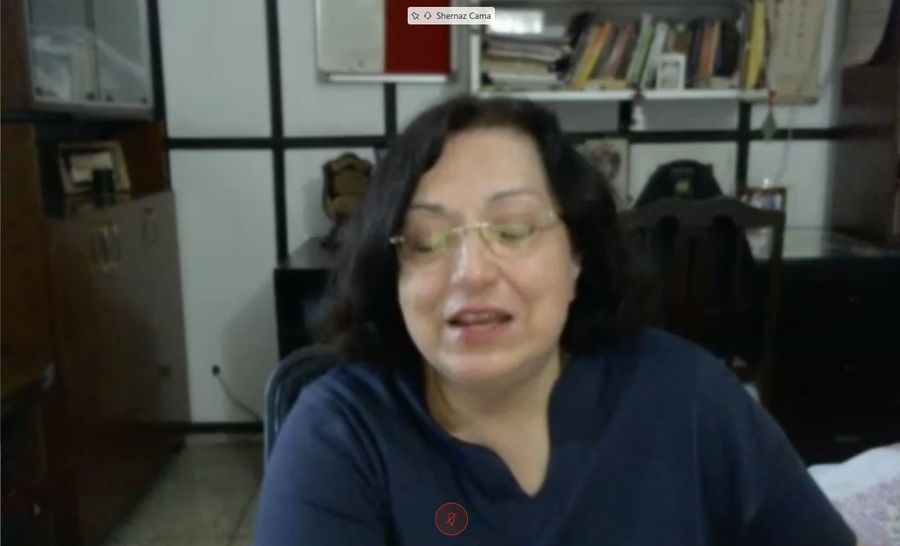 Dr Shernaz Cama, Founder and Honorary Director of the UNESCO Parzor Project for the preservation and promotion of Parsi Zoroastrian culture and heritage.

Dr Shernaz Cama, Associate Professor at Lady Shri Ram College, Delhi University, who is the Founder and Honorary Director of the UNESCO Parzor Project for the preservation and promotion of Parsi Zoroastrian culture and heritage, shared best practices and insights in relation to the adaptations carried out among the Parsi community during COVID-19. Dr Cama spoke about prioritizing practicality and solace of the families. Acharya Vivek Muni Maharaj, President of the International Mahavir Jain Mission in New Delhi, called on everyone to be mentally prepared to change their lifestyle and adapt religious rituals.

Flagging the myths and misinformation about COVID-19, Rabbi Ezekiel Isaac Malekar, Head of the Jewish Community in New Delhi and Secretary of the Judah Hyam Synagogue, New Delhi, spoke about the responsibility of community leaders to create awareness and sensitize people. He urged everyone to be mindful that during difficult times like these, it may not be possible to adhere to all the traditional rituals for disposing of the bodies of near and dear ones. Fr. Felix Jones, a Catholic Priest serving the Archdiocese of Delhi, talked about the need to offer a respectful burial to the deceased.

Dr. Melahat Elif Günçe Eskiköy, Forensic Specialist at the ICRC, spoke about the importance of timely and reliable documentation of dead bodies in addition to the physical and mental health security of those directly involved in the management of the dead. She stated that unnecessary contact with a body must be avoided and personal protective equipment must be used by those carrying out its disposal. She reiterated that the pandemic is not just a medical, but also a humanitarian crisis in which it is important to protect the families’ right to grieve and pay respects as they undergo extraordinarily traumatic experiences.