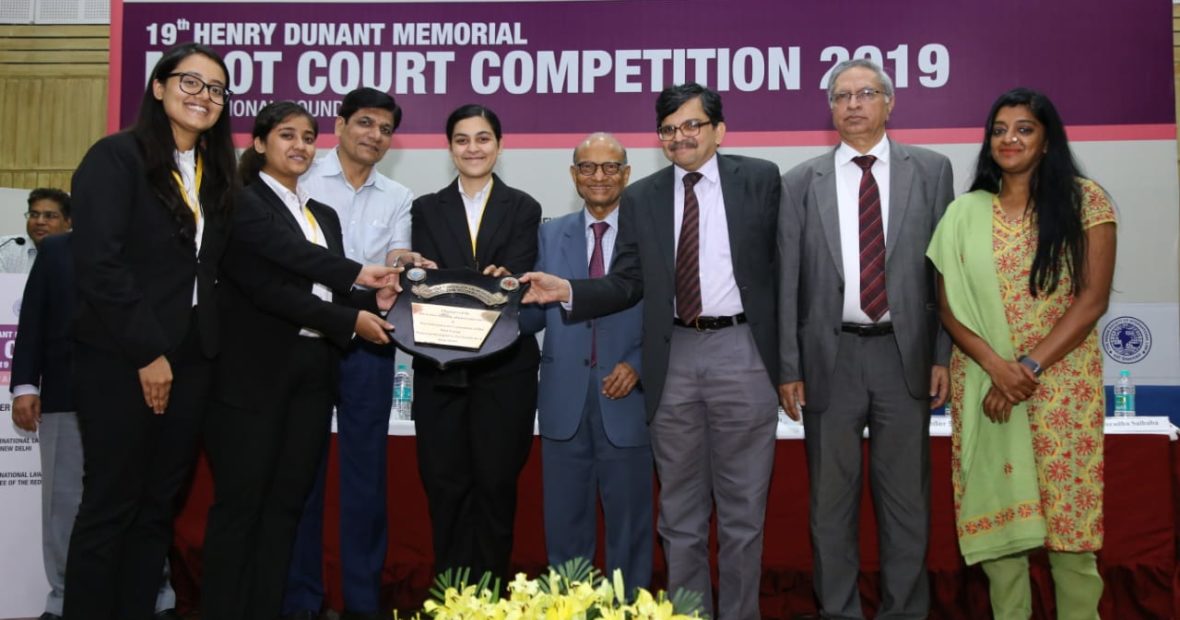 The team from Symbiosis Law School, Noida receives the first prize from Justice Muralidhar, Judge Delhi High Court, in the presence of other jury members. ©ICRC

The all-women’s team from Symbiosis Law School, Noida comprising Purnima Mathur, Diksha Joshi, and Amira Dhawan emerged winners at the 19th edition of the Henry Dunant Memorial Moot Court Competition held in New Delhi on 20-22 September 2019. The competition’s India National Rounds saw the participation of 48 teams from across the country. Organised by Indian Society of International Law, New Delhi in collaboration with the ICRC, the coveted mooting event holds the distinction of being the biggest moot competition in the domain of international law in India.

Yves Heller, Deputy Head of the Regional Delegation, ICRC, acknowledged the contribution of all the participants and teams towards making it a success and said, “The Geneva Conventions hold the distinction of being the only legal instruments of international public law that have been universally ratified and India was the fifth country in the world to do so. All of you are uniquely positioned to have a bearing on IHL.” 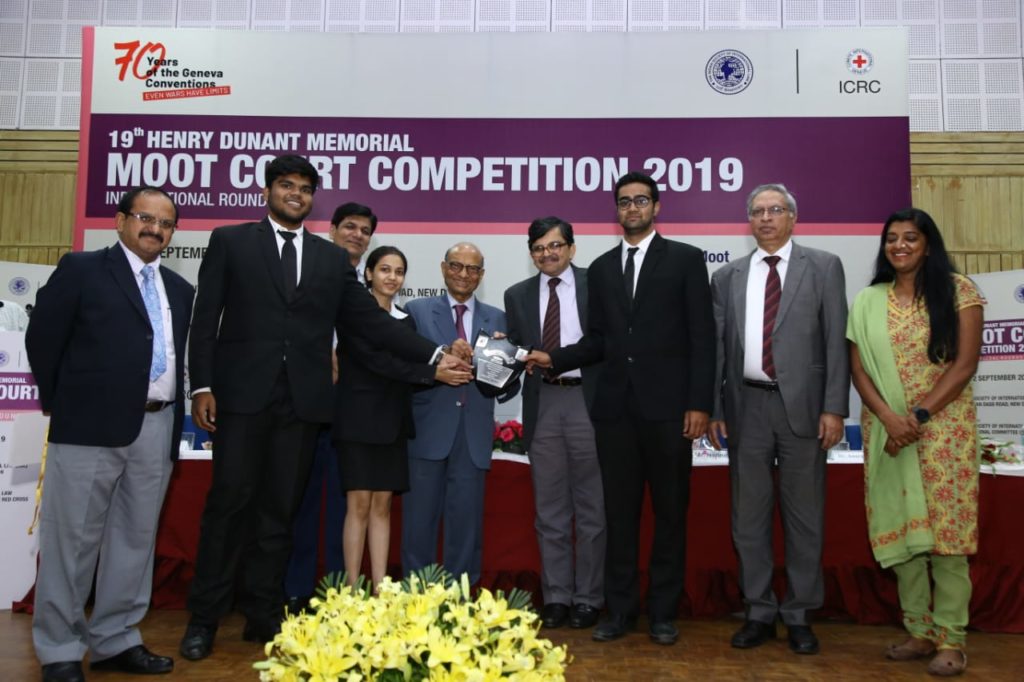 With the Geneva Conventions completing 70 years in 2019, Justice Muralidhar, Delhi High Court stressed on the need for strong mechanisms to address humanitarian issues. He said, “We need convincing legal mechanisms and we need new humanitarian boundaries to handle emerging crises.”

In his closing remarks at the valedictory, Pravin H Parekh, President, ISIL, said: “Conflicts continue to rage around the world today. The ISIL and the ICRC have a role to play in stopping the continuous erosion of research in IHL. When the courts are doing much more than just examining crimes, the study of international law becomes very important.”

The relevance of IHL and the importance of the study and research in this subject cannot be overemphasised. It is encouraging to see new colleges and universities continue to join the mooting event from across the country. Deen Dayal Upadhyaya Gorakhpur University were first-time participants this year.

Here is a video of the moot court competition held in 2018: