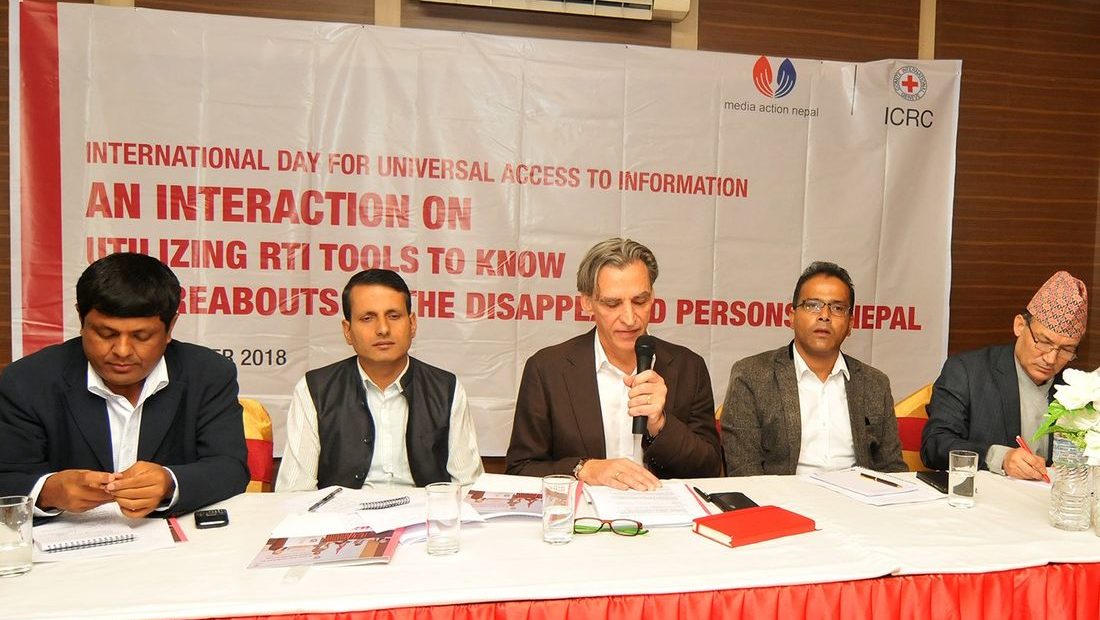 The International Committee of the Red Cross (ICRC) partnered with Media Action Nepal (MAN) to mark the International Day for Universal Access to Information (IDUAI) in Kathmandu 28 September 2018. The programme focussed on missing persons in the country and utilising Right to Information tools to know their whereabouts.

Andre Paquet, Head of the ICRC Mission, said the ICRC and the Nepal Red Cross Society have worked together with the families of missing persons and have advocated to ensure the authorities make all possible efforts to provide answers on the fate and whereabouts of missing people. “Initially 3,248 missing persons were reported to the ICRC and the Nepal Red Cross in relation to Nepal’s internal armed conflict. At the moment, the list has 1,333 persons, who are still unaccounted for,” said Mr Paquet. Speaking on the occasion, Krishna Hari Banskota, Chief Commissioner of the National Information Commission (NIC) – the constitutional body established in 2008 for the implementation of Right to Information (RTI) as per the provisions of the RTI Act – informed about the provisions of the Act that could be used to obtain information from government agencies. 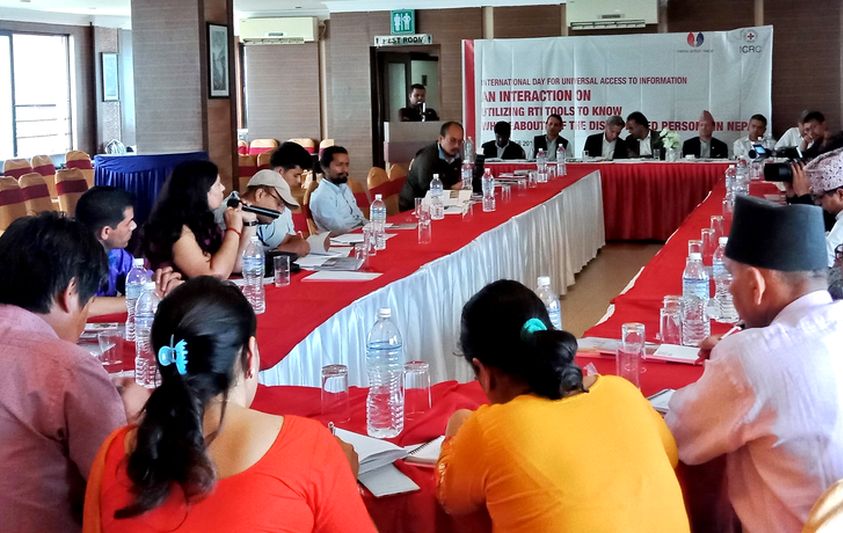 Laxman Datt Pant, Chairperson, MAN, said the RTI can play a vital role to access information about persons who went missing during the armed conflict. Suman Adhikari from the Conflict Victims Common Platform (CVCP) and Ram Bhandari, Chairman of the National Network of Families of Disappeared and Missing Nepal (NEFAD), however, said that the state mechanisms have not been able to address the problems of conflict victims.

“We have shared our problems at various national and international forums, but all those attempts brought nothing as we still have no idea of the fate and whereabouts of our loved ones. I just hope we could use the right to information tool to get some information in this regard,” said Sushila Chaudhary, whose elder sister is missing.

Members of families of missing persons, media personnel and representatives of the national society were present during the interaction, which was organised for the first time to mark International Day for Universal Access to Information.