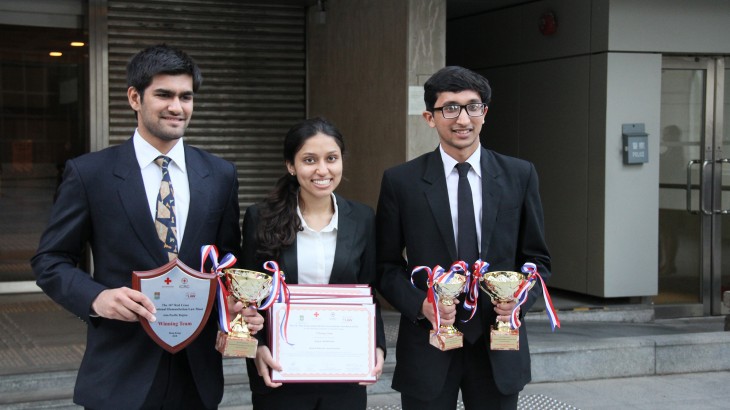 The 16th Red Cross International Humanitarian Law (IHL) Moot Court Competition for Asia-Pacific Region has concluded at the High Court of Hong Kong. After four days of fierce competition, the team from Gujarat National Law University, India has claimed victory of the competition, followed by University of New South Wales (Australia). University of Auckland (New Zealand) and Singapore Management University (Singapore) also made it into the top four. 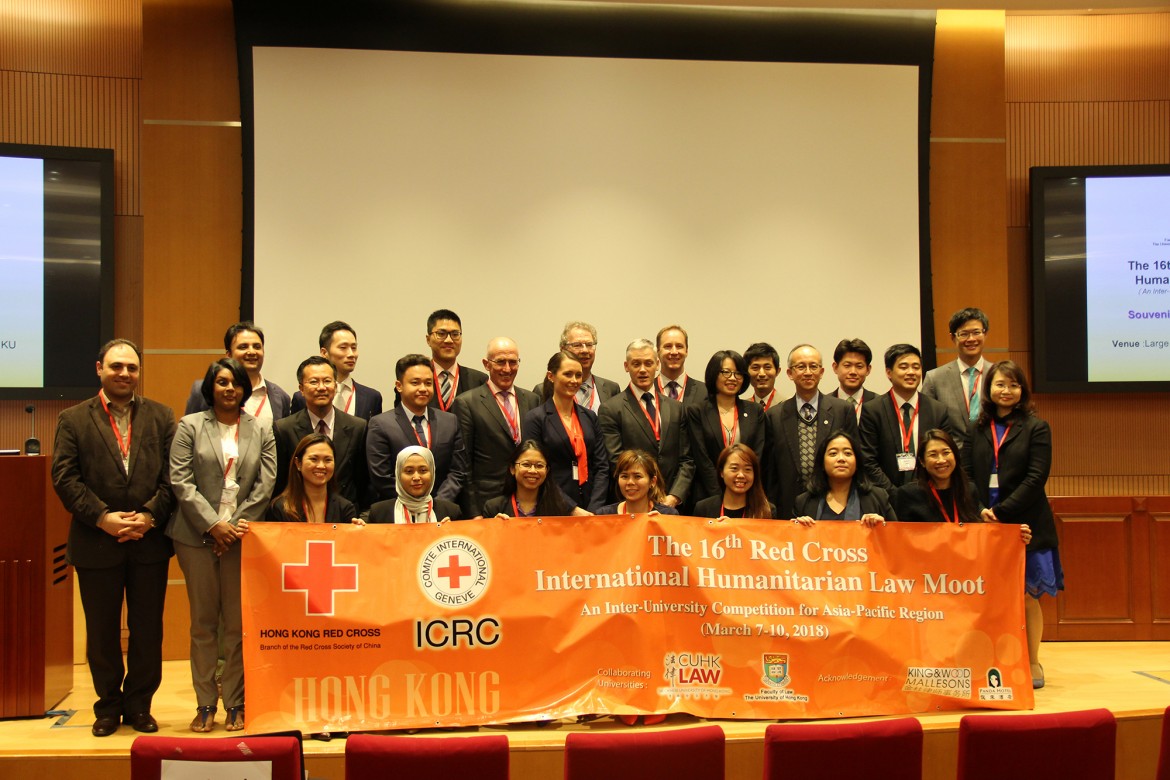 Judges of the General Rounds pose for a group photo after the general rounds. ©ICRC, Yongtao Xiang

“This annual event, together with the national/local rounds held across the Asia-Pacific region, aims to raise awareness of IHL among university students and to stimulate research interest in IHL in academic circles.” said Zhou Wen, head of legal department, ICRC regional delegation for East Asia. “Over the past 16 years, the competition has become a flagship event in the dissemination of IHL in the Asia-Pacific region. We hope that the competition not only tests the skills of law students as future legal practitioners and decision makers, but also opens a door for them to the humanitarian world.”

This year the problem was set in the context of climate change and involved new technology weapons, attack on fishing boats with displaced persons and the protection of medical transports at sea. Students acted as counsels of both prosecution and defence, and argued for a fictional case before the simulated International Criminal Court.