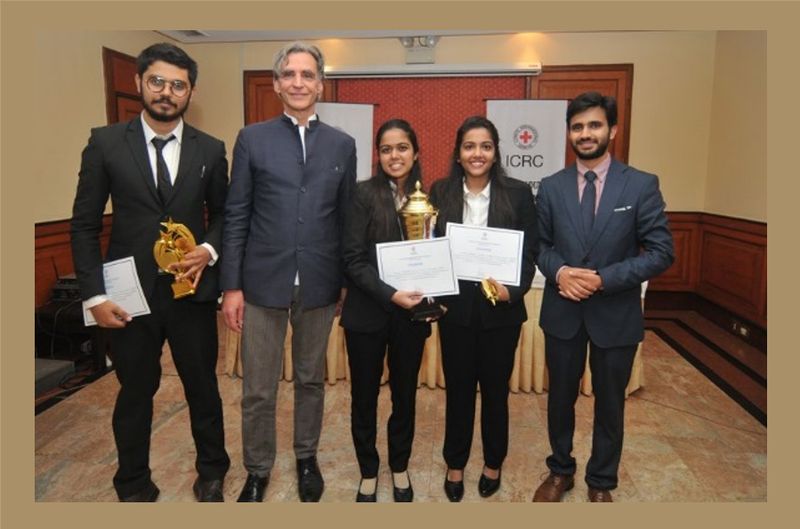 Bhesh Raj Sharma, former law secretary of Nepal and one of the three judges in the final round, praised the students for their knowledge of international humanitarian law (IHL). Sharma also lauded the ICRC for its role in the promotion and dissemination of IHL in peacetime.

Apart from the winning team and the runners up, a number of other awards were presented to teams and individual students. The team from Gujarat National Law University (GNLU), India comprising Samira Mathias, Raghave Bhargava and Naman Lohiya won the prize for the ‘best memorial’. Samira Mathias was also adjudged the ‘best advocate’ of the competition. Bandana Upreti of the Kathmandu School of Law (KSL), Nepal bagged the award for the ‘best researcher’. 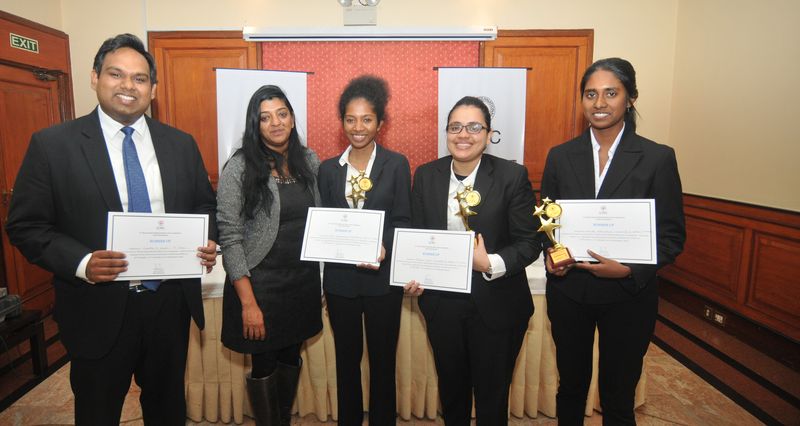 “We sincerely congratulate the winners. It is important to highlight here that while the result is certainly important, even more important is the process,” said Andre Paquet, the ICRC head of mission in Kathmandu. Addressing the participants, he added, “The process of any competition brings us to learn and provides us the experience. We are glad that you have a deeper knowledge of IHL.”

Altogether, nine institutions — two each from India, Iran, Nepal and Pakistan and one team from Sri Lanka — participated in the South Asia rounds after competing in the national round held in their respective countries. Along with the winners and the runners up, the other two semi finalists — Gujarat National Law University (GNLU), India and University of Tehran, Iran — also secured berths at the Asia Pacific rounds of the competition scheduled to take place in Hong Kong in March 2018.