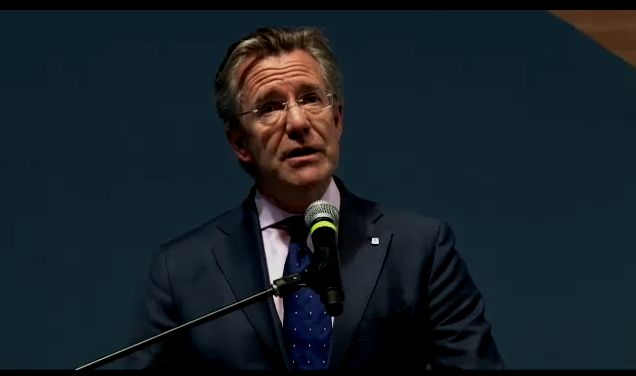 At the United Nations Conference on Housing and Sustainable Urban Development during 17 – 20 October 2016, in Quito, Ecuador, the ICRC once again underlined how armed conflict is changing the world’s cities and what must be done in order to make the cities more resilient so that the human dignity of the urban populations affected by armed violence is protected.

In his plenary statement at Habitat III, Hugo Slim, Head of Policy at the ICRC, affirmed, “The humanitarian commitments in the New Urban Agenda are significant, and the International Red Cross and Red Crescent Movement has worked hard to secure them with the help of many States present here today, UN Habitat and the various stakeholders of the General Assembly of Partners. We are glad to see humanitarian commitments run through the various paragraphs of the NUA.”

He further added, “Keeping cities working for their people in the terrible conditions of conflict, disaster and violence is the challenge spelt out in the important humanitarian commitments of the New Urban Agenda.”

The experience of the ICRC and National Red Cross and Red Crescent Societies, in hundreds of urban areas across the world, shows that sustainable urban development is seriously hindered by armed conflict and chronic urban violence.

The corrosive impact of violence on the Sustainable Development Goals puts millions of people at risk of being “left behind” in dangerous and neglected urban areas.

In July this year, the ICRC had brought out a policy paper on Armed Violence and the New Urban Agenda, providing recommendations for Habitat III.