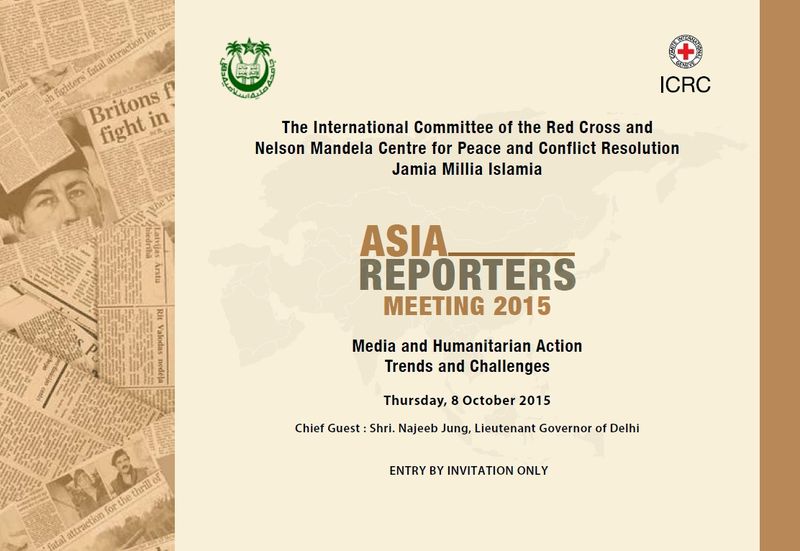 Reporters from across Asia will descend on New Delhi to deliberate on emerging trends and challenges vis-à-vis media’s engagement with humanitarian action. The Asia Reporters’ Meeting is being organized by the International Committee of the Red Cross (ICRC) regional delegation for New Delhi, Bhutan and the Maldives together with the Nelson Mandela Centre for Peace and Conflict Resolution, Jamia Millia Islamia, New Delhi.

The one-day meet offers a platform to reflect on similar and shared experiences, and flag concerns related to reportage on complex situations in specific contexts. Some of the themes that will be taken up for discussion include revisiting forgotten conflicts, reporting on ethnic and intercommunal tensions, covering natural disasters, role of media in building perception as well as adequately covering vulnerable populations.

For the first time, reporters from contexts as diverse as China, Bangladesh, Bhutan, Indonesia, Thailand, Nepal, India, Afghanistan, Sri Lanka among other Asian countries, will attend the meet. Being organised for the fourth time in New Delhi since 2006, this regional conference in the past editions has engaged with Senior Editors and has also travelled to Dhaka in 2007, Manila in 2011 and Tokyo in 2014.

From post-conflict situations to post-disaster scenarios, the media plays a key role in rebuilding and reconstruction of societies. The ICRC remains committed to engage with the media community and support its endeavours to promote responsible and ethical journalism in situations of violence and other emergencies. This long-standing engagement with journalists derives its strength from the principles of neutrality and independence — which are central to the work of both the ICRC and media.

The last edition of the conference in New Delhi in 2013 was attended by more than 100 participants, including diplomats, representatives from the Red Cross movement, think tanks as well as students. 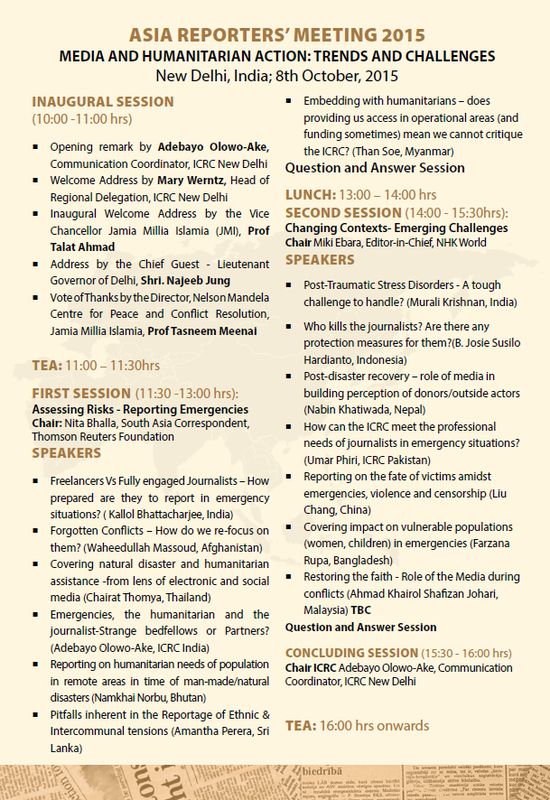 Media and Humanitarian Action – Quest to Find Some Answers