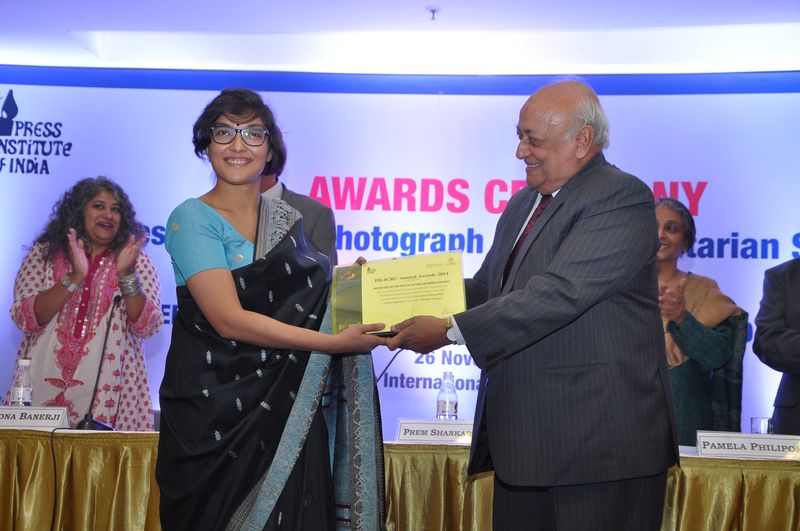 On Wednesday, 26 November, all roads led to the India International Centre on Lodhi Road in the Capital. The occasion was the much-awaited ceremony to announce and confer the annual media awards conducted jointly by the Press Institute of India (PII) and the International Committee of the Red Cross (ICRC)’s regional delegation for India, Bhutan and the Maldives. 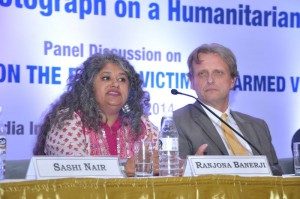 This year, the theme of the PII-ICRC awards was ‘Reporting on the Fate of Victims of Armed Violence’. The awards, which were hitherto given for the Best Article (first, second and third positions) on a humanitarian subject, this year introduced a separate category for the Best Photograph as well, which was very well received by the media fraternity. Mr Surinder Singh Oberoi, communications advisor at ICRC New Delhi, welcomed the guests and pointed out that coincidentally three of the four winning entries focused on the plight of displaced  people, an area in which the ICRC does a lot of work across the globe.

Yves Heller, ICRC delegate from Geneva, who is visiting India and was present on the occasion, applauded the winners, “These journalists, who go to remote areas across the world to bring us untold stories, give voice to those victims of armed violence who are often forgotten,” he said.

‘Buddha’s Orphans’, a piece by Ms Sohini Chattopadhyay published in the Open Magazine in March this year, won the first prize for Best Article. ‘Buddha’s Orphans’ tells the story of the Rohingyas of Myanmar, who have become the nowhere people of Asia. “I wanted to tell the story of the Rohingyas, as theirs is not an oft-told or heard story. I believed I was on the trail of a good story. The award is vindication of my belief,” said Ms Chattopadhyay.

In the second place was Ms Lakshmi Subramanian, who travelled to Sri Lanka to write her story, ‘Peace and its Price’, published in The Week). Her article throws light on the displaced in Sri Lanka’s Northern Province, who are struggling to make ends meet in the aftermath of violence and say that peace has not brought them “freedom”. 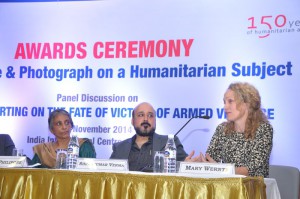 The third prize was given jointly to Mr Sumir Karmakar of The Telegraph, Kolkata, and Mr Pervez Majid Lone of Sahara Time. Mr Karmakar’s entry, ‘Fear stalks Karbi Anglong refugees’, focuses on the displaced people of Assam’s Karbi Anglong district. Mr Lone, in his winning article ‘Valley’s wonders’, writes about the resurgence of hope in Kashmir as its youth make a mark in the Indian Civil Services Exams. “The award is a recognition of the efforts of journalists everywhere who report pro-human. For me, it is also a tribute to the youth of Kashmir who have come out of the trauma of the violent past and overcome the odds,” said Mr Lone.

In the newly introduced Best Photograph on a humanitarian subject category, freelance photojournalist Pattabi Raman bagged the second place with his entry, ‘After the war, a bitter peace’, on the missing. The photograph was published online on http://fountainink.in/. “This is the only award for both journalists and photographers and a great platform for humanitarian journalism,” said Mr Raman.

The third prize was won by Manob Chowdhury of The Hindu for a photograph of a civilian victim of a land mine blast. in Khunti, near Ranchi. There is no first prize for Best Photograph this year. 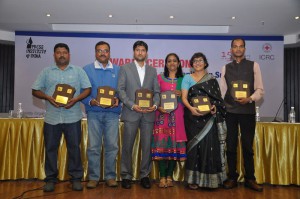 Ranjona Banerji, a senior journalist writing on media affairs, politics and social trends, and one of the jury members, said, “The high quality of entries for the PII-ICRC awards was heartwarming and gives me hope for the future of such journalism.”

PII director and editor Sashi Nair resonated Ms Banerji’s words. He said the bar has been raised this year. The quality of entries was very good and picking out the winners was not easy, he added. “The awards are a salute to all journalists across India who bring untold stories to us. The entries show that there is a lot of passion in young journalists today about humanitarian reporting. They have the desire to excel and take pride in their work. Judging by the entries, I would say journalism in India today is in very capable hands,” he said.

The ceremony concluded with a vote of thanks by Ms Mary Werntz, the head of the ICRC regional delegation in New Delhi. “The aim of these awards, when instituted back in 2008, was to motivate members of the media community to walk that extra mile to narrate untold stories. Many congratulations to all the winners who have travelled from different parts of the country to be here with us tonight. It’s as much a moment of pleasure and pride for ICRC, as it is for all the winners,” said Ms Werntz. 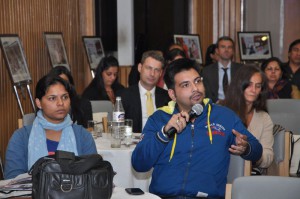 Journalism students pose questions to the panelists after the panel discussion. ©ICRC

The awards are presented for articles and photographs on a humanitarian subject that have been published in an Indian national or regional newspaper or magazine between April 2013 and March 2014. The first prize is INR 50,000, second prize INR 30,000 and third prize INR 20,000.