The Annual Awards: Best Article and Photograph on a Humanitarian Subject competition organized by the ICRC and the Press Institute of India (PII) annually are back. This year, the theme is ‘Reporting on the Fate of Victims of Armed Violence’.

If you have written an article or clicked a photograph in keeping with the theme of the competition and it has been published in an Indian national or regional newspaper or magazine between April 2013 and March 2014, send us your entry by 15 September 2014. The results will be announced by November 2014. The first prize is INR 50,000, second prize INR 30,000 and third prize INR 20,000.

Last year, four Indian print journalists received the award for their stories of human struggle and survival during and after conflict. The theme was ‘Violence against Healthcare Services and Health Personnel Operating in Danger.

Ms Anumeha Yadav, Jharkhand correspondent of The Hindu, won the first prize at the PII-ICRC Awards 2013. “It is a great honour. The discussion gave me a new perspective of under-reported aspects of the conditions of work and risks to medical personnel and health workers in areas affected by conflict and the effect of this on communities,” Ms Yadav had said on receiving the prize. 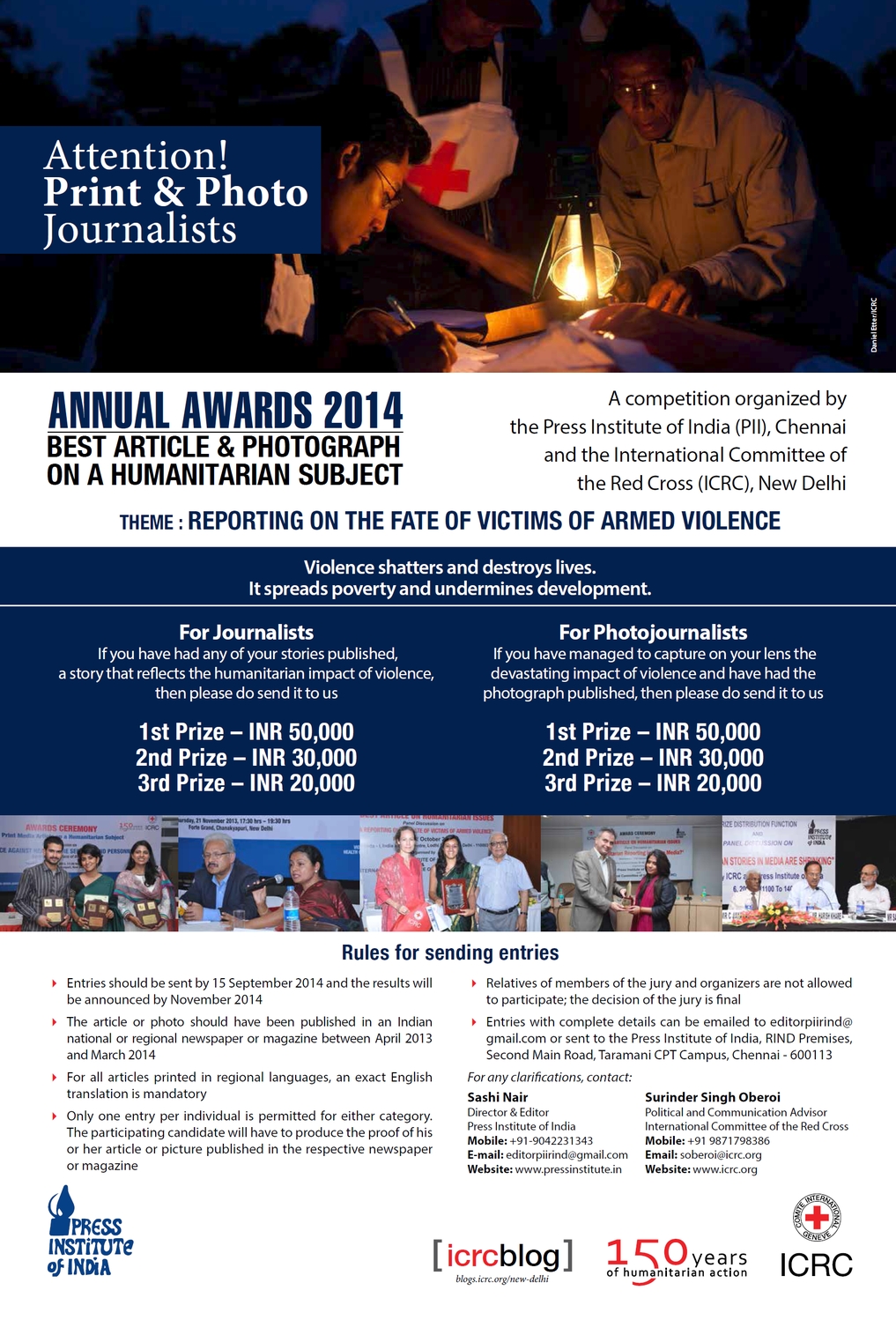