The countdown to the 2014 Annual Awards ceremony for Best Article and Best Photograph on a humanitarian subject organized by the ICRC and the Press Institute of India (PII) has begun. The award ceremony will be held at India International Centre, New Delhi, on 26 November.

This year, the theme is ‘Reporting on the Fate of Victims of Armed Violence’. Six winning entries across two categories — Best Article and Best Photograph on a humanitarian subject — will be awarded first, second and third prizes. It’s for the first time that ICRC-PII have introduced a separate award category for the Best Photograph.

The awards are presented for articles and photographs on a humanitarian subject that have been published in an Indian national or regional newspaper or magazine between April 2013 and March 2014. The first prize is INR 50,000, second prize INR 30,000 and third prize INR 20,000. 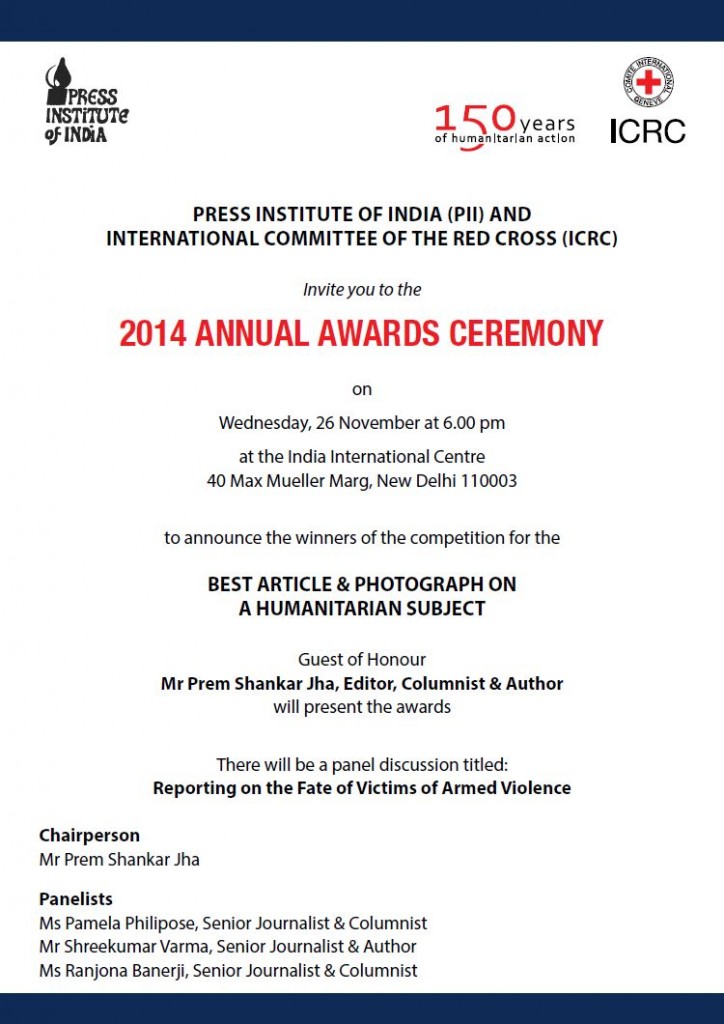 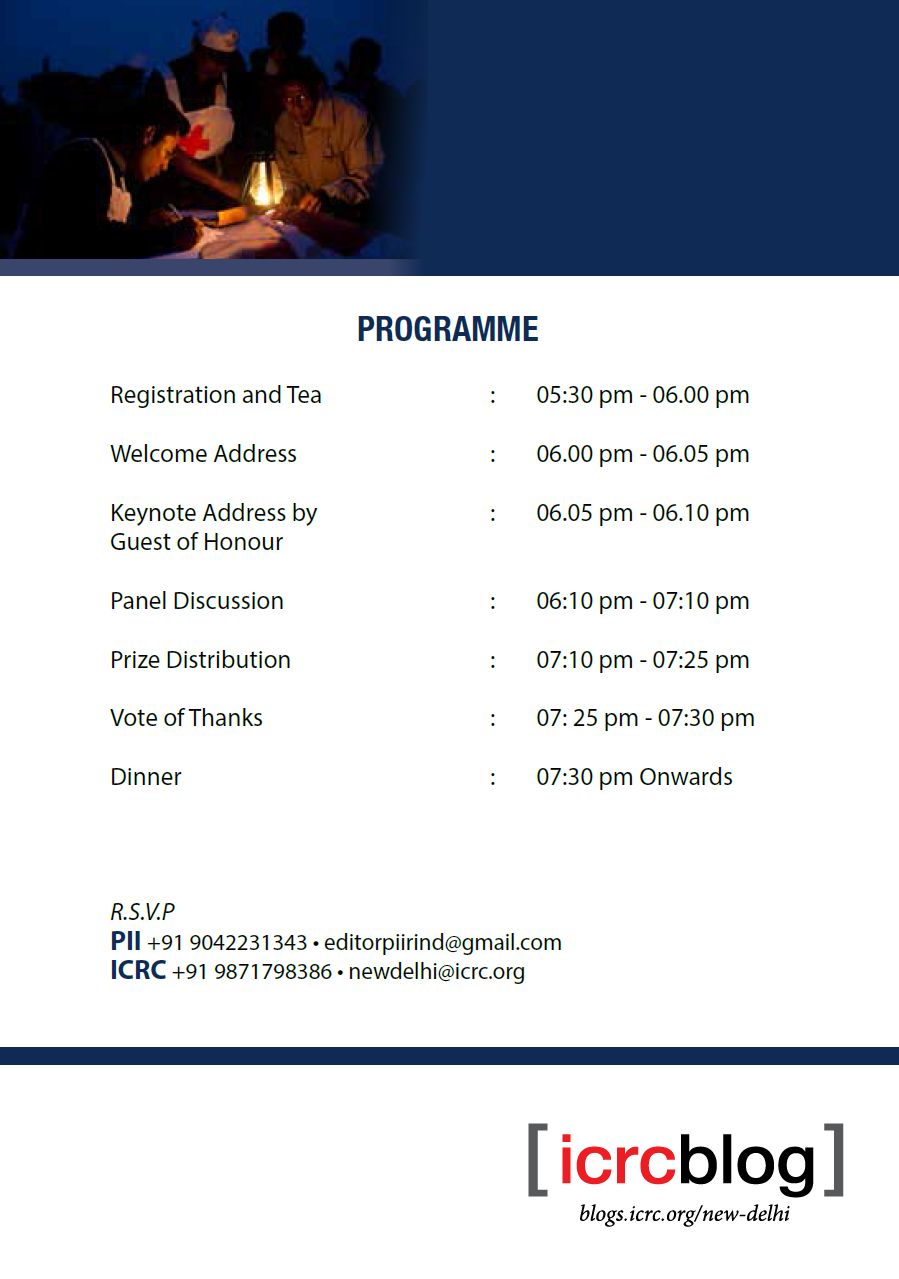