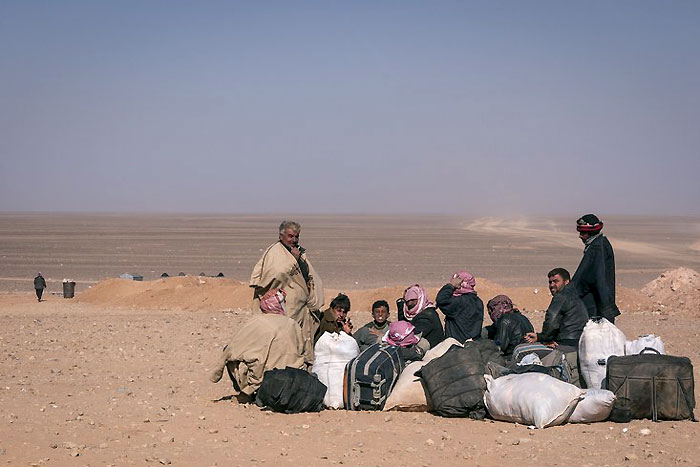 Families embark on a dangerous journey across Syria to reach the eastern border areas of Jordan in search of a safe haven. Between 200 and 500 arrive here every day. © ICRC / Didier Revol

Each year on 20 June, International Refugee Day is celebrated with a view to draw attention to the millions of refugees and internally displaced persons (IDPs) worldwide who have been forced to flee their homes due to war, conflict and persecution. By observing this day together with the United Nations High Commission for Refugees, other humanitarian organizations and the international community, the ICRC expresses its solidarity with them. 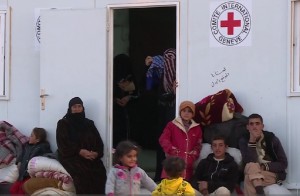 People are very vulnerable and suffer extreme hardship when they are displaced. They are deprived of their ordinary environment and this threatens their ability to meet their basic needs. Besides, displacement tears apart families and communities, causing mental and emotional stress.

In the Central African Republic, Colombia, Somalia, Syria, South Sudan, the Philippines, Afghanistan, the Democratic Republic of Congo and other places, IDPs have been driven from their homes and are deprived of security, shelter, food, water, livelihood and face sexual abuse and other adversities.

The increasing number of IDPs worldwide is a major cause for concern, especially for humanitarian actors. Their rising numbers is a reflection of the violent and protracted nature of many contemporary conflicts, which trigger new waves of displacement while preventing millions of people from returning home for years, sometimes decades.

International Humanitarian Law (IHL) plays an important part in preventing displacement in the first place, except if it is necessary for military reasons or the protection of civilians.

IHL expressly prohibits any party to an armed conflict from compelling civilians to leave their homes and affords IDPs the same protection as the rest of the civilian population, provided they do not take direct part in hostilities. Collective punishment of civilian populations is also outlawed under IHL.

IHL also guarantees access for humanitarian organizations to refugees and IDPs in situations of armed conflict. For humanitarian action to be affective, it is essential to take into account all the needs of IDPs at every stage of their displacement — flight; arrival in host community or emergency shelter; longer-term accommodation in camp; return to place of origin; final relocation. 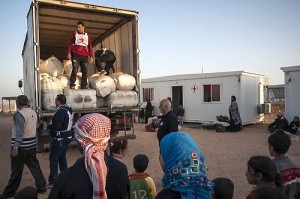 The primary responsibility of protecting IDPs and meeting their basic needs lies with the States or the authorities in the territory IDPs land in. However, the magnitude of the problem is such that no single organization or authority can deal with it single-handedly. This is where humanitarian organizations like the ICRC step in.

In line with its recently developed strategy, the ICRC focuses on IDPs who are in most urgent need and prioritizes the emergency phase. The initial response involves providing essential relief items, restoring family links for those separated by conflict, and ensuring that victims of sexual violence have access to appropriate care and support.

The role of National Red Cross and Red Crescent Societies is also important. They are the ICRC’s primary partners and often have access where other humanitarian players do not.

Wherever possible, the ICRC also seeks to address the long-term consequences of displacement by bolstering the resilience and self-sufficiency of vulnerable people and communities, and helping them overcome the shock and trauma caused by armed conflict and other situations of violence.

The ICRC also calls on States and non-State armed groups to respect and ensure respect for international law and the basic principles of humanity when dealing with civilians.

Read how refugees and displaced persons are protected under international humanitarian law.

Here’s a first-hand account of how tough life is for refugees: Jordan: Syrian refugees dream of home