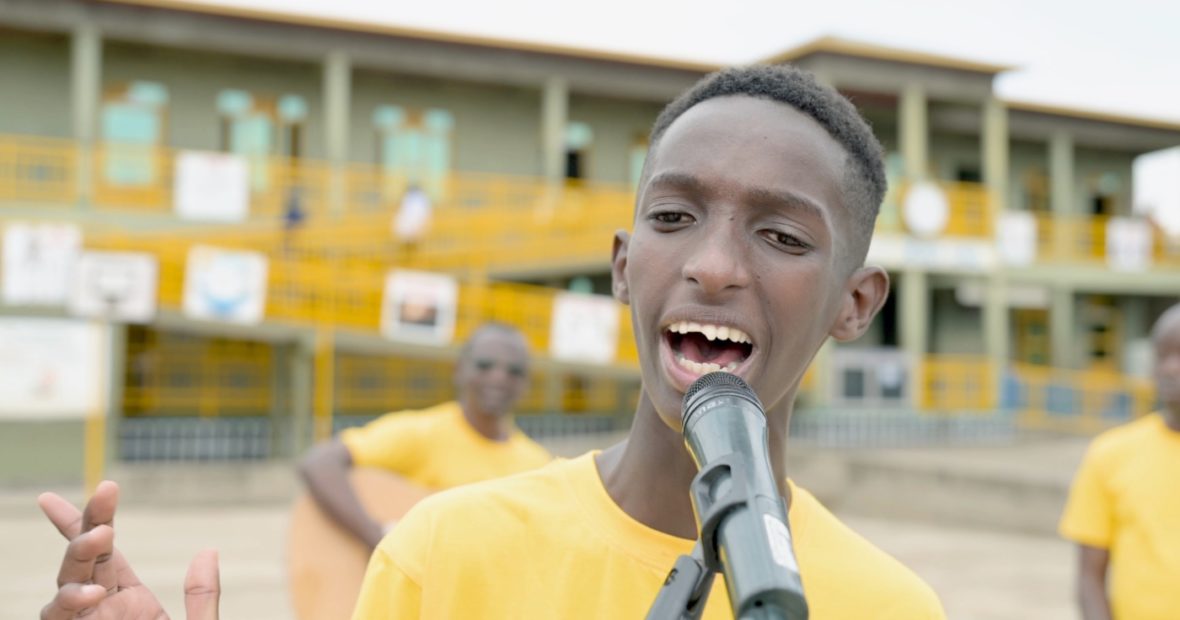 In this episode, we learn about the Ubumwe Community Center in Gisenyi, Rwanda, their motto, “disability is not inability,” and the importance of inclusion, especially in communities affected by violence. We first hear from one of the center’s student musicians about how the center’s music program has given him opportunities to perform for others. We then turn to Subhash Sinha, the ICRC’s Physical Rehabilitation Program Manager for east Africa to hear about our work providing prosthetics and orthotics and supporting inclusionary sports programs. 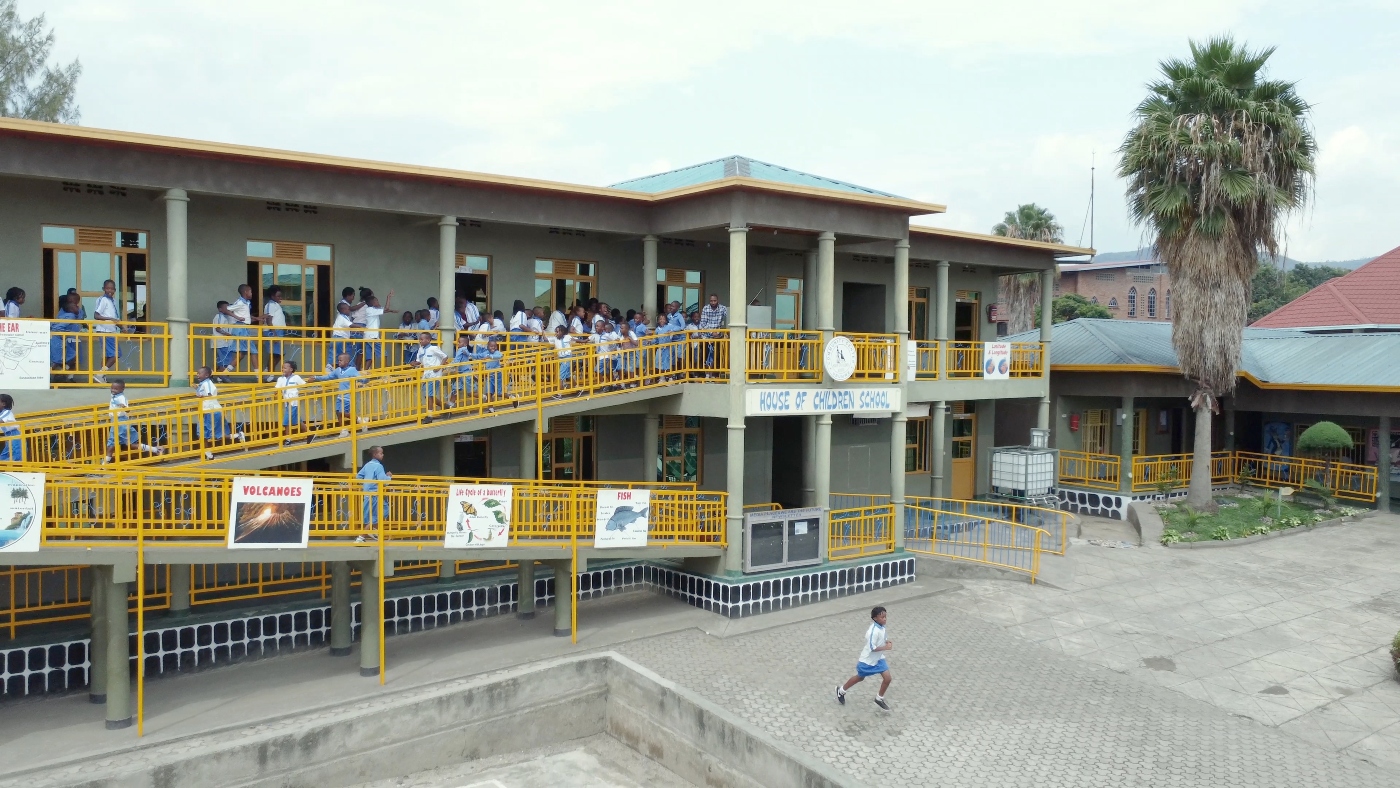 The Ubumwe Community Center in Gisenyi, Rwanda has inclusionary programs in sports, music, and other activities for students with disabilities. The school’s motto, “disability is not inability.” (Ahmed Mohamed Abdel Fattah/ICRC) 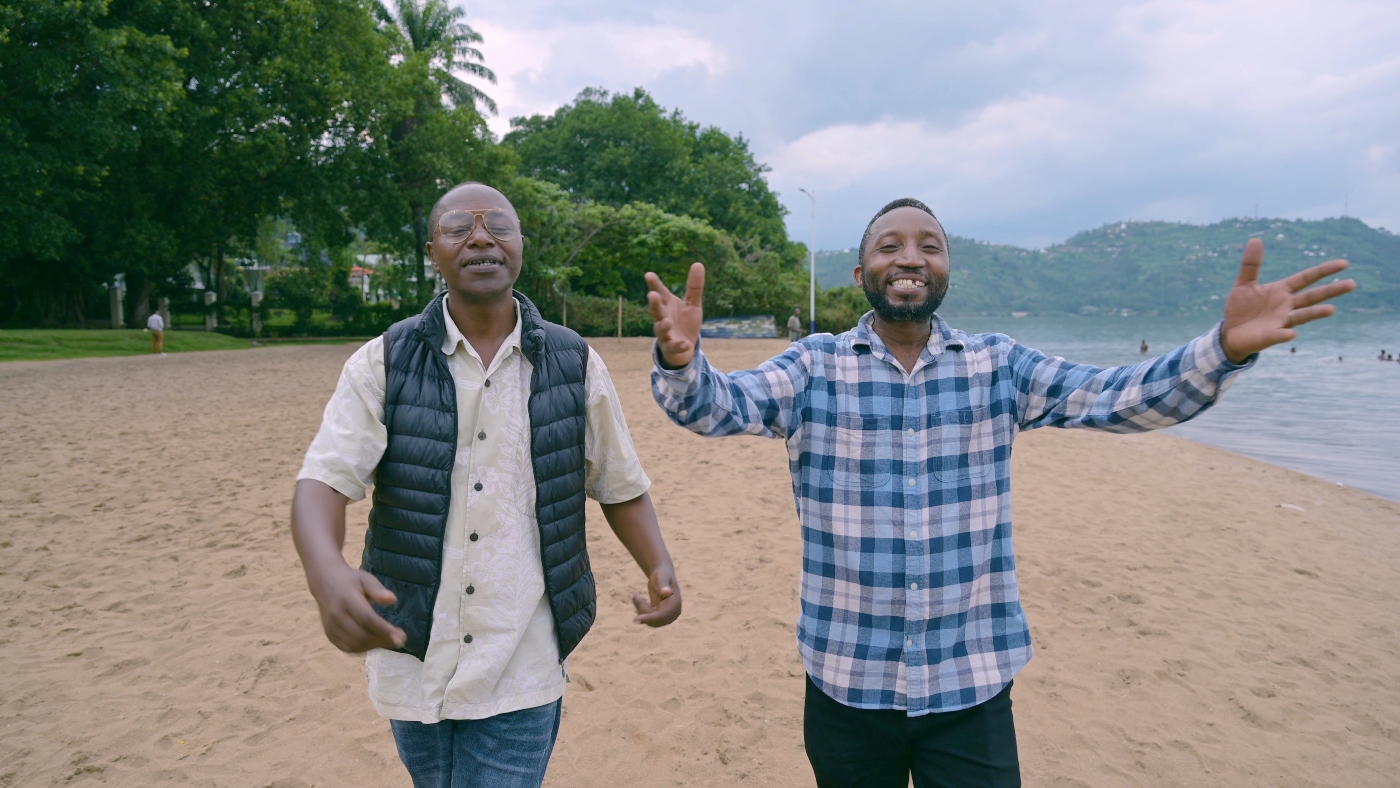 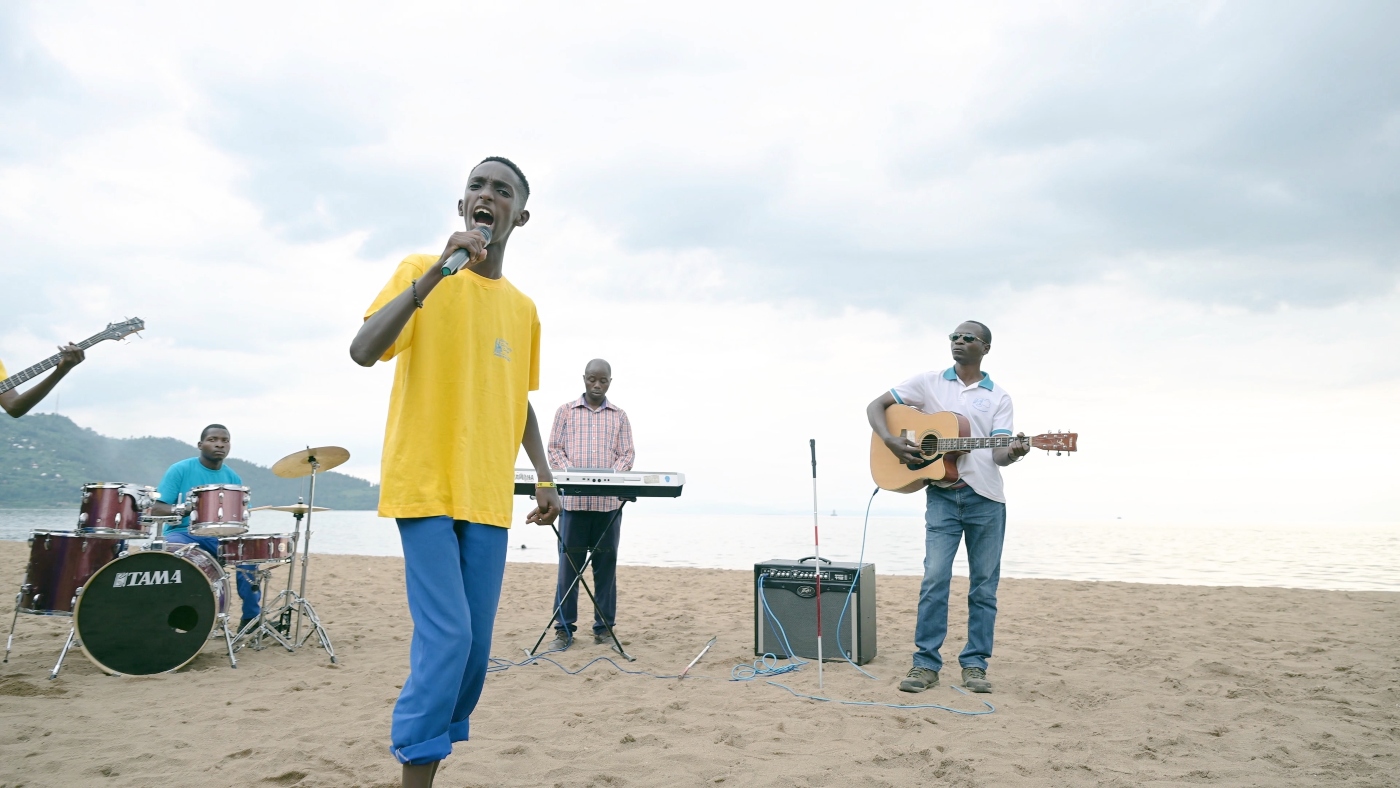 Read more about ICRC’s work in Rwanda for the past 70 years.

Find out more about the Ubumwe Community Center in Gisenyi, Rwanda.

The episode script is now available for the hearing impaired.

That’s the voice of Twibanire Promesse, a student at the Umbumwe Community Center performing an original song, Umuntu N’Ikiremwa, which in Kin-yar-wanda means “A person is a creation.”

Twibanire was born into a family of musicians.

[Twibanire] “I was born into a family of mostly singers. My parents are singers, and I found myself singing too. It’s my talent, I like it.”

The 17-year-old born with cerebral palsy studies music and computers at the school for students with disabilities. It’s located in the town of Gisenyi, Rwanda near the border with the Democratic Republic of the Congo.

Our work with the school follows decades of ICRC support to health care and other activities in Rwanda, including during the 1994 Genocide against the Tutsi.

In 2011, the ICRC and local partners began assisting those with amputations and other disabilities by providing them with prosthetic limbs and orthotic support, guiding them in physical rehabilitation, and reintegrating them into society.

And more recently, we started working with schools like the Ubumwe Community Center teaching students with amputations and prosthetic limbs to play soccer.

Today we’ll learn about the school’s motto: “disability is not inability” and the importance of inclusion especially in communities affected by violence. We’ll then turn to Subhash Sinha, the ICRC’s Physical Rehabilitation Program Manager for east Africa to hear about our work providing prosthetics and orthotics and supporting inclusionary sports programs.

I’m Dominique Maria Bonessi, and this is Intercross, a podcast that offers a window into the work of the International Committee of the Red Cross and shares the stories of those affected by armed conflict and other situations of violence.

[Sounds of guitar chords being strung and piano keys plunked]

[Twibanire] “At the beginning, I was not able to move, I used to stay in bed, I was not able to sit. My parents took me to the hospital, the Gatagara [Gah-ta-ga-rah] Center, which treats people with disability. I underwent kinisiotherapy. I left the hospital in a wheelchair because I was still not able to move. The time came when I stopped using the wheelchair and started to walk with crutches until I stopped using crutches and learned to make steps. Little by little, I managed to walk, even though I’m not great at it but at least, I cannot fall.”

Despite his challenges to walk was determined to sing.

[Twibanire] “Singing makes me happy. Because when I sing, people can learn from it. This is why I am happy because I feel that people can benefit from what I’m singing.”

Twibanire’s music teacher, David Nsengimana, heard him singing one day in a nearby town and was determined to bring him to the school.

[David] “Then I decided to meet his parents and urged them not to lock him home but informed them about a school that supports children with disabilities.”

Sometimes due to stigmas and stereotypes, people with disabilities are among the most marginalized members of their societies. This isolation can be particularly pronounced in countries and regions affected by conflict. That’s why the ICRC works to support people with disabilities and help them realize their full potential in society through inclusionary programming.

[David] “Just because someone has a disability doesn’t mean they can’t do anything. It was a pleasure when his parents let me teach him, I am now very proud of how far he’s come.”

David, inspired by Twibanire’s story, developed the song, “A person is a creation” with his help and another musician friend.

[Twibanire] “The first part of the song speaks about a child who grew frustrated. He was called names and considered rejected by society… I wanted to emphasize that however a child is born, they can contribute to something important.”

The chorus of the song translates to:

A person is a creation.
Created like me. Created like you.
You know that.
This is why it merits to be given equal value

David says the message of the song is clear.

[David] “The message is that when you take the time to listen to any child with disabilities, they have a lot of amazing potential, all over the world…Let pay attention to them, listen to them, support them….disability does not mean inability.”

With the help of the ICRC, the school is professionally recording the song and filming a music video to highlight their inclusive programs and commemorate International Day of People with Disabilities. Two popular Rwandan recording artists, Social Mula and Niyo Bosco are also collaborating with the student musicians on the music video. The students were especially looking forward to working with Bosco, who lost his sight at 12 due to malaria.

For Twibanire, since coming to the school, he says that he’s noticed a difference in himself.

[Twibanire] “Before joining the music program, I was not able to learn in school with normal children because my fingers do not work well, I was not be able to write… But with music, I hope to have a bright future.”

By 2030, the ICRC’s vision is to be a provider of and advocate for inclusive humanitarian services, which creates and supports opportunities for persons with disabilities to achieve their full potential in societies affected by armed conflict and other situations of violence.

Subhash Sinha is part of that effort in Rwanda. He has been with the ICRC for more than a decade. As a doctor of prosthetics and orthotics, he helped establish the first ICRC amputee football program in 2018 in Tanzania and since then has also helped establish similar programs in Rwanda, South Sudan and Israel and the occupied territories.

[Pierre] How do sports help those with disabilities?

[Subhash] For me to fit an artificial leg for person with disability, it makes a lot easier if somebody is very active and amputee football is one of the way the people become very active and then easy to fix prosthesis. And after doing these sports, people, they transform themselves, they actually…they’ll actively look for a job or they try to study more and they have a fulfilling their life through different social activity and acceptance is much much higher because these people once the society see them their ability, now people focus on ability not on disability. So it makes a lot of difference not only physically but also psychologically.

[Pierre] Does the PRP program promote breaking down stereotypes and assumptions about people with disabilities?

[Pierre] Do you have a specific story or individual who has stood out to you in your work?

[Subhash] Definitely. I should mention the name of Gatete. Gatete is one of the amputee football players. Actually, he lost his leg during genocide and after that he recovered himself. He go for education. He started playing amputee football. He came to us in the university teaching hospital of Kigali where we fitted him with prosthesis. And now he become a captain of the Rwanda team. And when certain selection of the national team was there, he was the captain. And recently I just heard two days before that he has went to Turkey. He was selected for the program in Turkey. So that was amazing career what he has achieved through his sports and physical rehabilitation program.

Thank yous this week go to my colleagues Lucky Wandia, Chris Sang, and others at the Nairobi and Rwanda delegations.

If you want to see the full music video and photos of the students at the Ubumwe Community Center, please visit our website that: intercrossblog.icrc.org. There you can also sign up our newsletter so you never miss a podcast.

See you next time on Intercross.