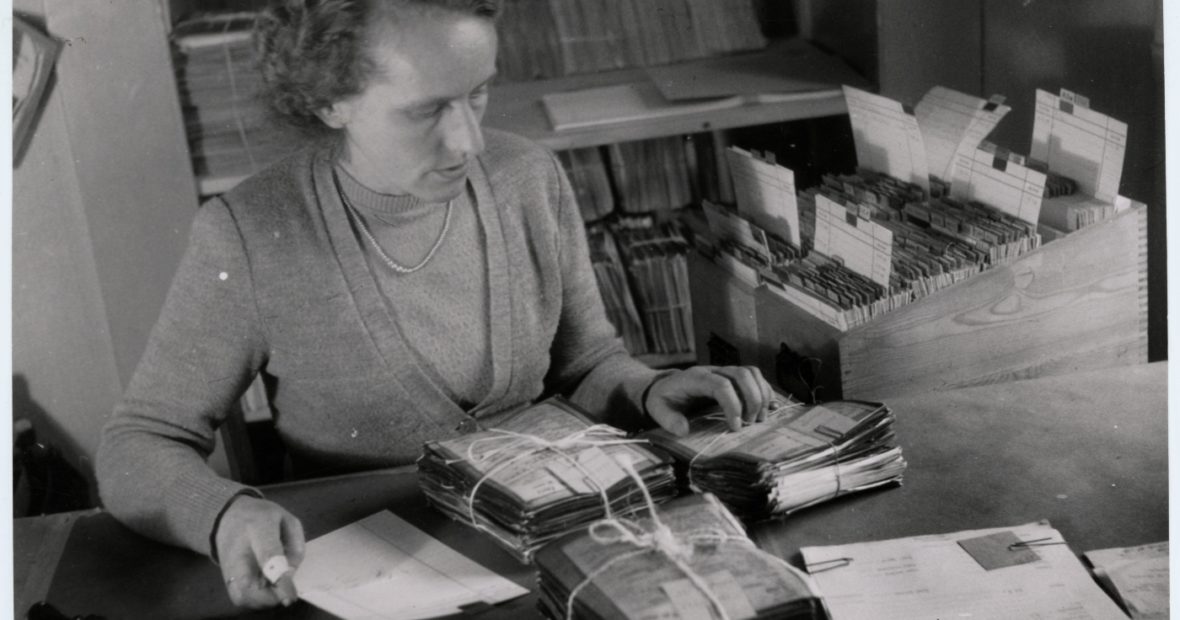 The Central Prisoners of War Agency also received millions of letters to exchange between POWs and their families during WWII. (Photo Credit: ICRC Archives)

In this episode, we tell the story of the more than 150-year-old Central Tracing Agency, a division of the ICRC that today is a crucial resource for families searching for loved ones gone missing due to conflict, violence, natural disasters, or along the migration route. We take you for a trip back in time to the foundations of the CTA in 1860 to understand how this history has made it what it is today. You’ll hear from Geneva Tour Guide Catherine Hubert Girod and ICRC Historian Daniel Palmieri recount the history.

The Agencies Through The Ages 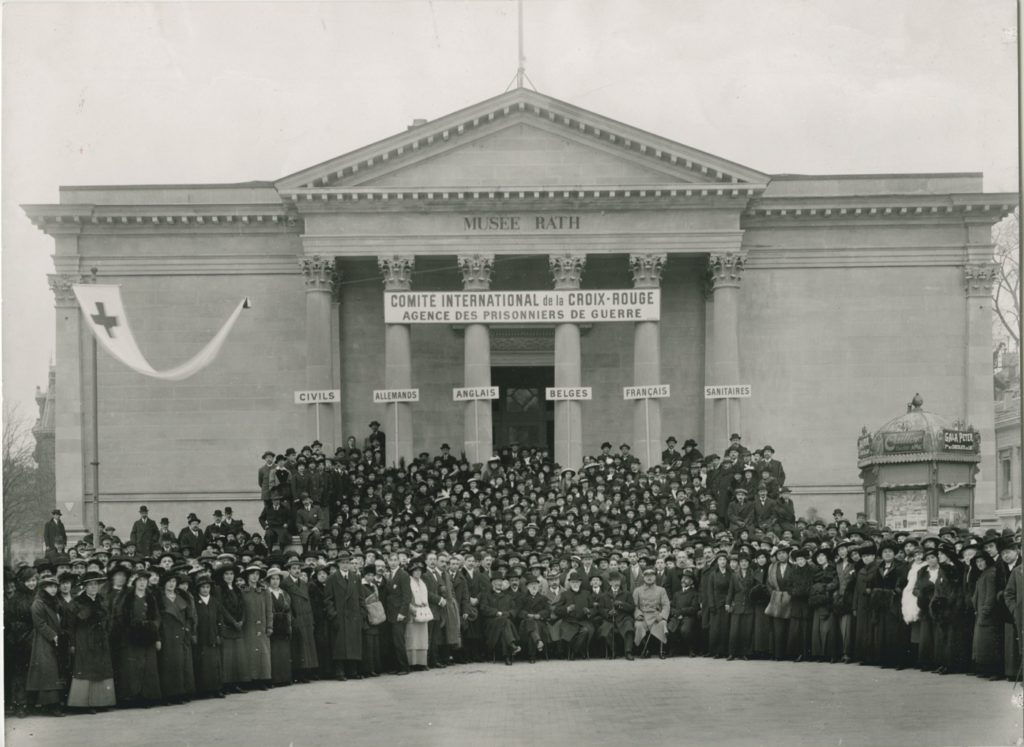 The Rath Museum in Geneva, where the International Prisoner of War Agency was established during WWI 1914-1918. (Photo Credit: ICRC Archives) 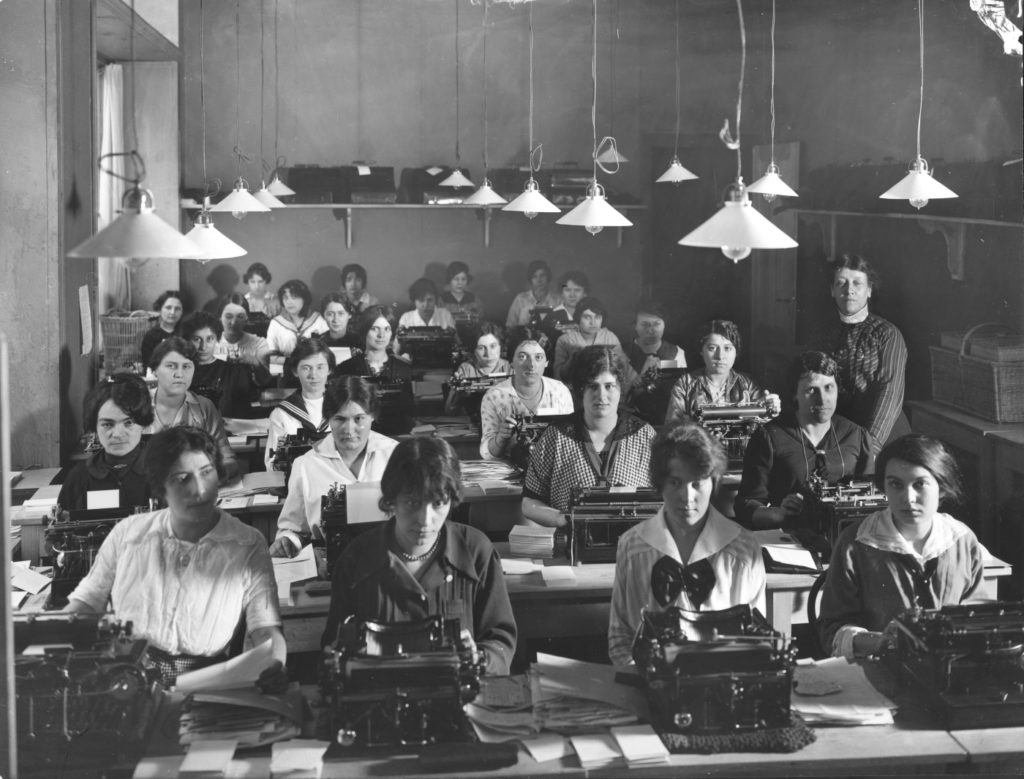 Mostly women worked at the International Prisoners of War Agency while men were off fighting in WWI. (Photo Credit: S.N./ICRC Archives) 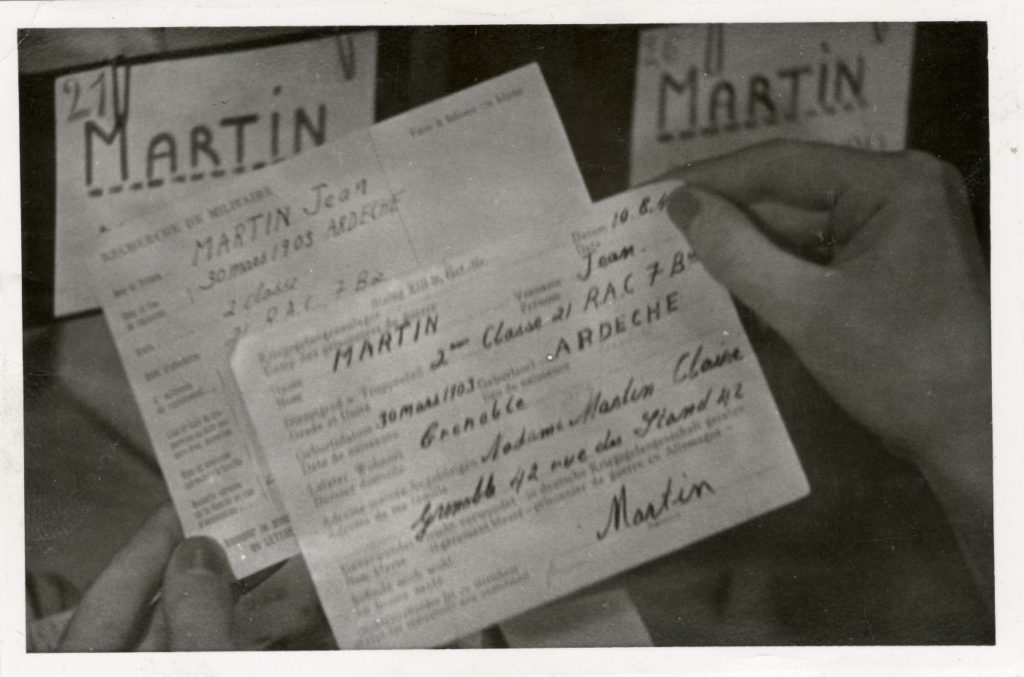 As the Central Prisoners of War Agency during WWII, there were more than 40 million index cards to manage. The index cards were categorized by last name. (Photo Credit: ICRC Archives) 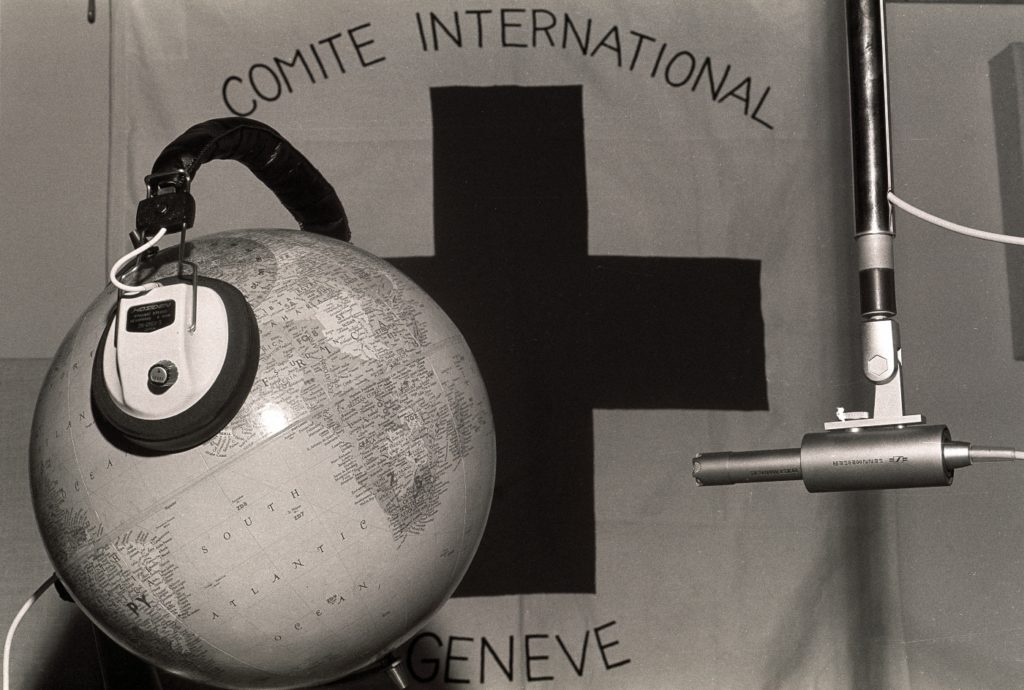 In WWII, the ICRC had the authorization to broadcast lists of names of living POWs, displaced persons, or civilian internees, at specific times each day, so that family members could learn the whereabouts of their loved ones. (Photo Credit: S.N./ICRC Archives) 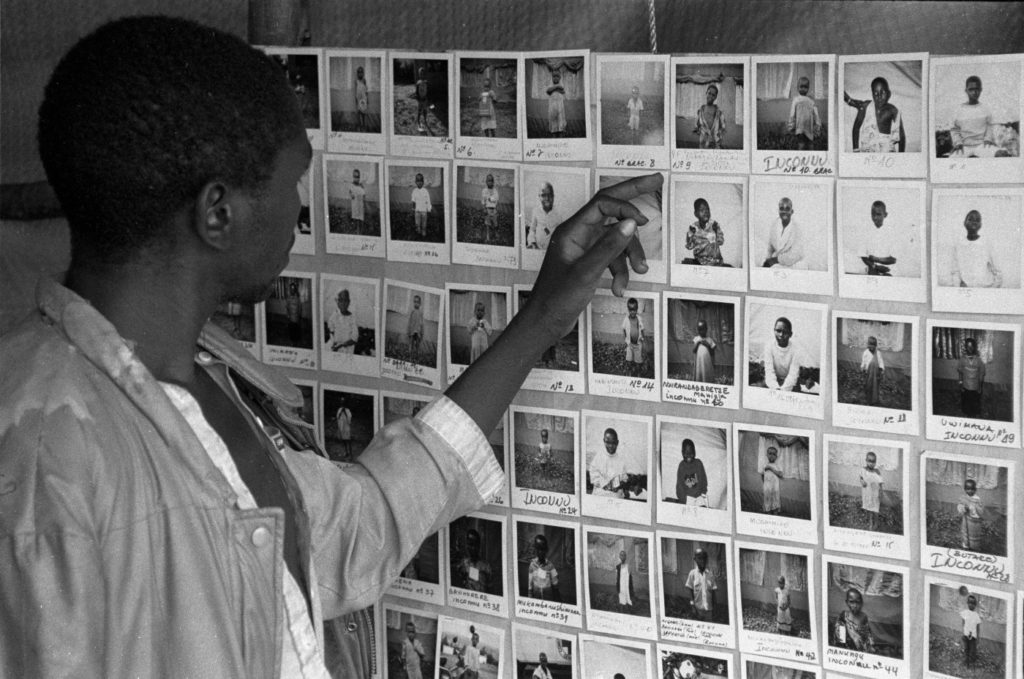 A father searches for a picture of his lost child following the Rwandan Genocide in 1994. (Photo Credit: Benno Neeleman/ICRC Archives) 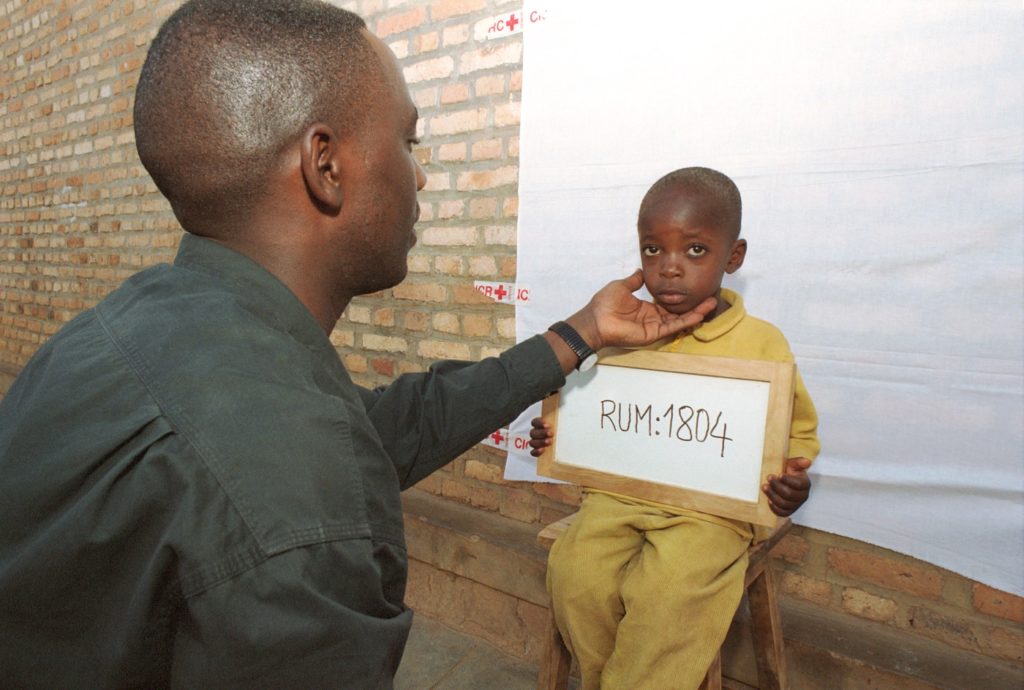 An unaccompanied child is photographed in hopes that he will be recognized by his family following the Rwandan Genocide. (Photo Credit: Marco Longari/ICRC Archives) 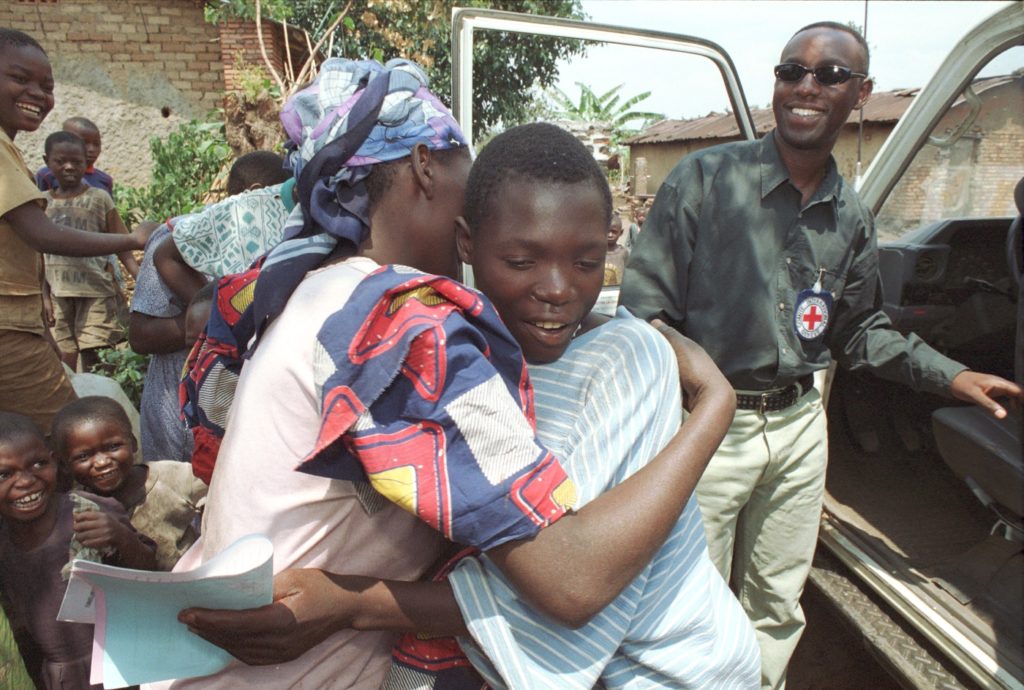 A child is reunited with their family in 2000, six years after the end of the Rwandan conflict. (Photo Credit: Marco Longari/ICRC Archives)

What happens to the files created by the Agency during conflicts, the millions of index cards that document the capture, transfer or death of an individual? The Agency’s files from past conflicts are under the responsibility of a dedicated service of the ICRC. It continues to respond, sometimes decades after the end of a conflict, to requests for information sent by its victims and their descendants. The archival collections under its care also comprise the individual records of beneficiaries, sources of information collected by the Agency such as lists of prisoners and death certificates, and the correspondence, records and administrative archives of the different Agencies.

The exceptional nature of these archives was recognized by UNESCO in 2007, which included the archives of the International Prisoners of War Agency (1914-1923) in its Memory of the World Register. Fully digitized, the Agency’s WWI archives can be viewed online on the ICRC’s Grande Guerre website and are on display at the International Museum of the Red Cross and Red Crescent in Geneva.

Read more about the history of the Central Tracing Agency and its legal legitimacy through the centuries. See a timeline of the ICRC’s history of restoring family links.

Read more about the ICRC’s involvement and activities during WWI. Read about the establishment of the International Prisoners of War Agency during WWI.

Read more about the ICRC’s involvement and activities during WWII and the Holocaust. The ICRC archive also offers additional information here.

Watch the documentary about the ICRC’s work during the 1994 Rwandan Genocide. Read a reflection on 20 years after the end of the conflict.

Learn more about the agency’s efforts in transmitting love letters between POWs and their loved ones.

Read “A Memory of Solferino“ by the ICRC’s Founding Father Henry Dunant.