27th of January is the anniversary of the liberation of Auschwitz in 1945. For the ICRC, it also marks a failure, the failure to help and protect the millions of people who were exterminated in the death camps. The ICRC has publicly expressed its regret regarding its impotence and the mistakes it made in dealing with Nazi persecution and genocide. 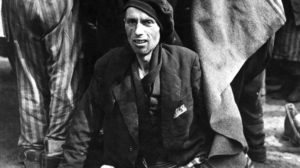 Under Hitler’s regime, Jews were deprived of all their rights and dispossessed of their property, packed into overcrowded ghettos, forced to wear a yellow star and subjected to countless forms of humiliation and brutality, to deportation and massacres. During the war, the number of roundups increased and Jews were systematically deported to concentration and extermination camps, cut off completely from the outside world.