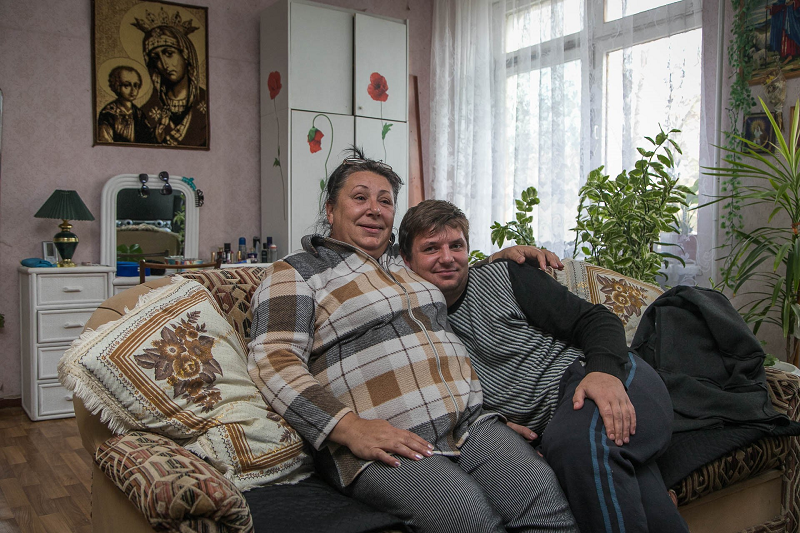 Olena Dorofeyeva and her family left a small town Bryanka near Lugansk in October 2014. Hostilities kept intensifying, and the family fled in search of safety, leaving behind two apartments, a house, and a small but steady business. Like many others, they wanted to believe that they would be back within a couple of months. Until now they have not seen their hometown.

Initially, with help of volunteers, they settled in a sanatorium in the Kyiv area and this is when the first blow came. Olena’s husband, a distinguished miner, was diagnosed with cancer. To brighten his last days, the family found a small house in a distant corner of the Odesa region for a modest rent price. They planted trees, bought piglets and made plans for the summer to come. The plans, however, had not come true, because in May 2016 Olena’s elder son passed away from pneumonia. His father outlived him by just a couple of months. These two tragedies, one after another, have hit the younger son hard, leading him to a psychiatric clinic. “He stopped recognizing me or my mother,” the woman recalls with tears. 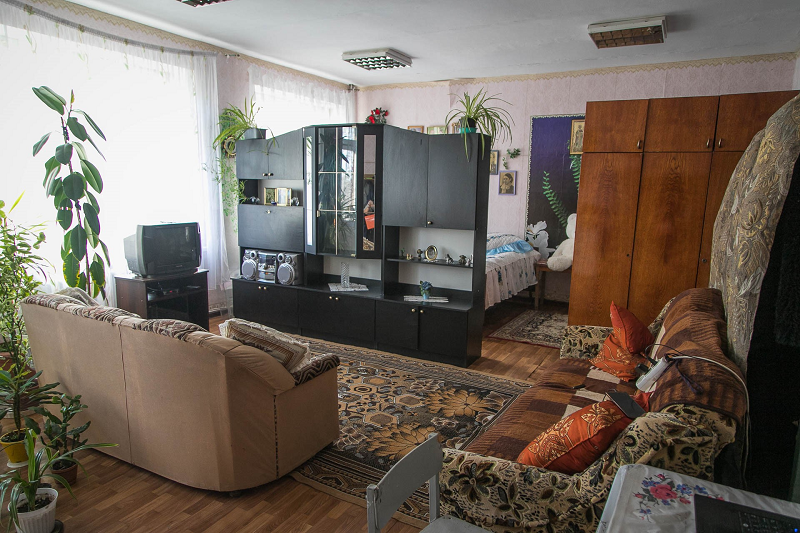 Olena, who was left alone with an anguished son and an elderly mother, was desperately looking for a solution and above all – for human compassion. Finally, their small group, which used to be a part of a big and happy family, found shelter in an abandoned boarding school in Odesa suburbs, which became home for 15 other families of internally displaced persons. Olena says that initially the room they occupied was empty, except for some garbage, and smelled of rats, making it a miserable place. Still, after many months face to face with their tragedies, the family came feel itself a part of a community, not alone anymore, and they decided to stay.

They have been living here for over two years and, step by step, their room has turned into the cosiest place – some furniture was donated by volunteers; other pieces were simply found on a street. Olena, with a master’s touch, has managed to put these seemingly incompatible elements together into a full resemblance of a home. A sweet touch to the picture – large house plants that have travelled with the family over 900 km all the way from Bryanka. 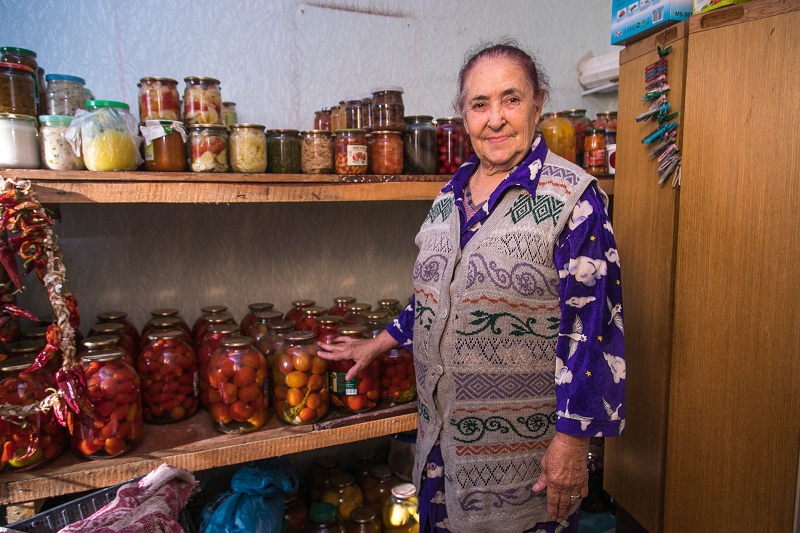 With a remarkable zeal, Olena and her 80 years old mother organized a small vegetable patch – they grow cucumbers, potatoes and even mushrooms. This is both an anti-stress activity and a huge support for the family that relies only on social payments – they managed to live through the winter largely off pickles the two women had made themselves.

For now, Olena has stopped dreaming of going back. She only hopes that the long list of her misfortunes is over, and her family will be able to stay here, in their new home.