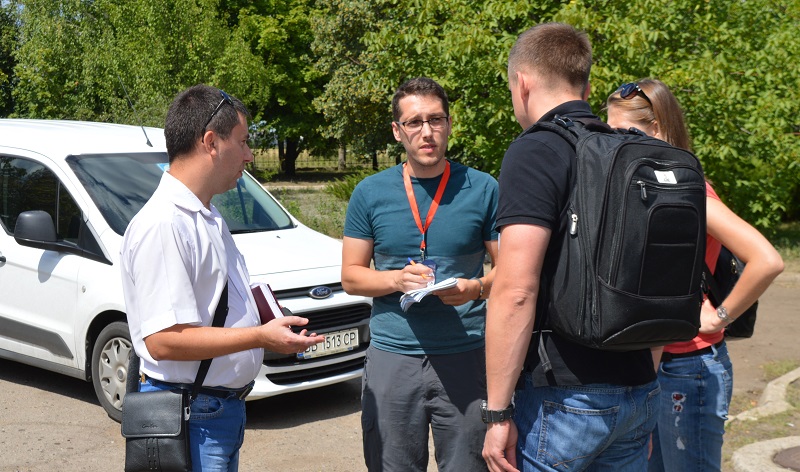 Philip France is a British engineer working for the ICRC in Sievierodonetsk since February 2018.

Philip, tell us about your background. When and how did you join the ICRC?

I am a civil engineer from the United Kingdom. After I graduated from the university in 2008, I worked for private consulting engineers and contractors in England. I have also worked as a researcher in East Africa. I work for the ICRC being seconded by the British Red Cross, and this is my second mission as a Water and Habitat (WatHab) delegate with the ICRC, after having worked in 2017 in Gaza.

What attracted you to humanitarian work?

The idea of working abroad really started to interest me after a post-graduation trip to South America. I realised that I had skills that could be of use in a developing or a post-conflict country context. My first opportunity to do so came when a friend asked me to join her in Africa as a volunteer research assistant. I worked in Tanzania for about 10 months, camping in the bush and collecting biodiversity data, in addition to experience with a local water entrepreneur and a regional NGO. Afterwards, I completed a diploma in international development and obtained a scholarship for an international development summer school, during which I had the opportunity to study ICRC principles in detail. Then, I spent a long weekend in Geneva, when I had a chance to visit the ICRC Museum. It was there that the importance of the ICRC’s work really struck me!

What was your family’s reaction when they learned that you would work in conflict zones?

They weren’t really surprised as I had made it clear that I wanted to do something similar for a long time. My mum worries occasionally, but luckily she has two grandkids and a laundry business to keep her occupied. I also try to keep her updated on how things are going.

What is the main challenge for you here in eastern Ukraine?

To me as a foreigner, the main challenge initially is to understand the new context, the new culture and a range of infrastructure actors in a short span of time, and also to adapt my working style and engineering skills to that context. In Ukraine in particular, the main challenge is the mere length of the contact line, and also that much of the damages to infrastructure are located in the “grey area”, which is difficult to access.

What is the most interesting part of your job?

It’s all interesting! I guess one of the most interesting aspects of my role here is the work that we do to improve general conditions of detention in prisons. Working in such places we must respect the needs of both the detainees and the authorities.

For most people, visiting places of detention may seem frightening thought. Not for you.

The first couple of times, the place itself can be a little intimidating, but I guess this is what makes it interesting as well. The truth is that it’s no more intimidating than working in a new country and in a new context. It is just something that you have to put behind you and get on with the job. 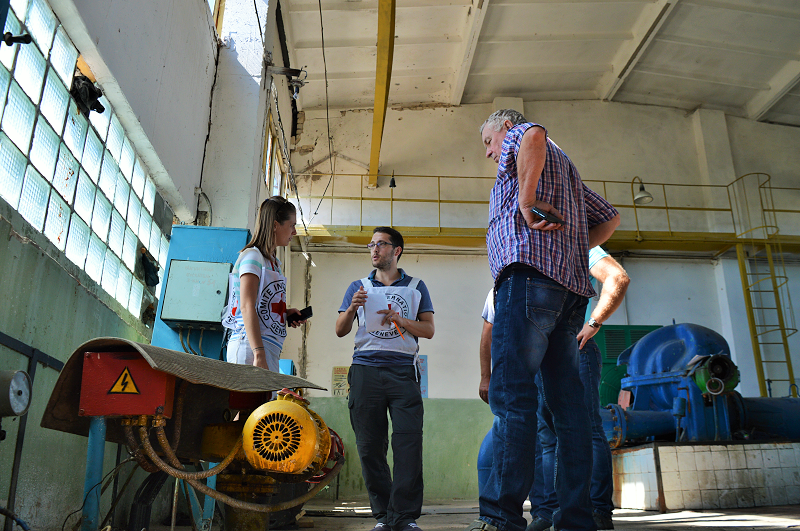 What would you say is the key aspect of your work here?

Among our WatHab activities, I would say that providing water treatment chemicals is most important. We supply three different types of chemicals to Popasna Vodokanal, which are used for treating the water, subsequently distributed to around 600,000 people. From the ICRC perspective as a neutral and impartial organization, it is also very important that the water is distributed to people on both sides of the contact line.

What motivates you in your work?

My main motivation comes from knowing that our work here matters. My department reaches hundreds of thousands of people and ensures the continued supply of clean water, helps people return to their homes, contributes to protecting children in their schools, and assists in maintaining the dignity of people in detention.

What would be your advice to those who want to join the ICRC?

Other than to obtain experience in foreign contexts, I would advise any potential WatHab delegate to try to acquire enough experience in a technical context. Here in Ukraine, for example, one needs an understanding of housing construction, water infrastructure and detention infrastructure, amongst others. Luckily, thanks to my work back in the UK, I had experience with all of them.