More than six months have passed since the International Committee of the Red Cross (ICRC) took the difficult decision to reduce its activities in Somalia after one of its staff was killed and another was kidnapped just a month apart. What has happened since ICRC started to scale down its programs in Somalia?

Somalia remains one of ICRC’s largest operations globally, with 11 offices in the country. After we took the difficult decision to scale down, we continued to provide medical supplies to four hospitals—Medina and Keysaney in Mogadishu, Kismayo hospital, and the Baidoa hospital—and to support the Somali Red Crescent Society (SRCS). Last December, in cooperation with the SRCS, the ICRC delivered emergency assistance to over 123,000 internally displaced people (IDP) in Kismayo, Baidoa, Mogadishu, Garowe, and Bosaso. The ICRC also provided cash grants to 18,000 people who were displaced by clan violence in Las Anod district (Sool region).

2. Why did the ICRC decide to reduce its activities in Somalia?

Last year was an incredibly challenging year for us in Somalia. We suffered two tragic attacks on our staff. In March, Abdulhafid, our communication officer working in Mogadishu, was killed in a bomb attack outside our offices. A month later, Sonja, a nurse, was abducted from our premises in Mogadishu. We felt we needed to reduce our activities so that we could responsibly reassess our safety and acceptance in the country, all under the wider commitment of continuing to serve the people in Somalia as long as we are needed.

3. What activities remain on hold?

Activities in places of detention remain on hold. Our staff are also not moving as widely or as often around the country as they used to in order to limit the risk we expose staff to. The work we are carrying out today is largely run by resident colleagues based in the 11 offices we have in the country, while a small number of staff based in Nairobi do in and outs to meet with people as part of our efforts to evaluate our security and acceptance in the country.

4. Do you know what has happened to Sonja?

Sonja was working as a nurse for some of Somalia’s most vulnerable people when she was abducted from our guesthouse 10 months ago. We are doing everything we can to get her home safely and call once again for her immediate and unconditional release. 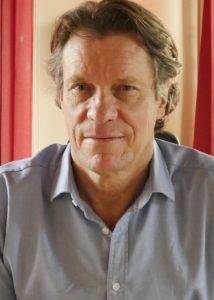 5. What will it take for the ICRC to fully resume its work in Somalia?

It is not business as usual for us in Somalia. Sonja has not been released. At the same time, we are speaking with authorities, clan leaders, communities, and members of armed groups to ensure that we are well-accepted as a neutral, impartial, independent humanitarian organization.

The ICRC exists to serve victims of armed conflict and violence entirely based on need. We are not associated with any party to the conflict or government. Our communications lines remain open and we welcome any feedback by phone on our toll-free number 373 or by email.

The ICRC has a longstanding history in Somalia spanning more than 35 years of conflict response and humanitarian relief. We assist victims of armed conflict and climatic shocks including displaced people, detainees, and those in need of health care. Last year, we provided food, household items, and cash to 370,000 people in the wake of emergencies. To learn more about ICRC’s work in Somalia, please read our latest facts and figures.