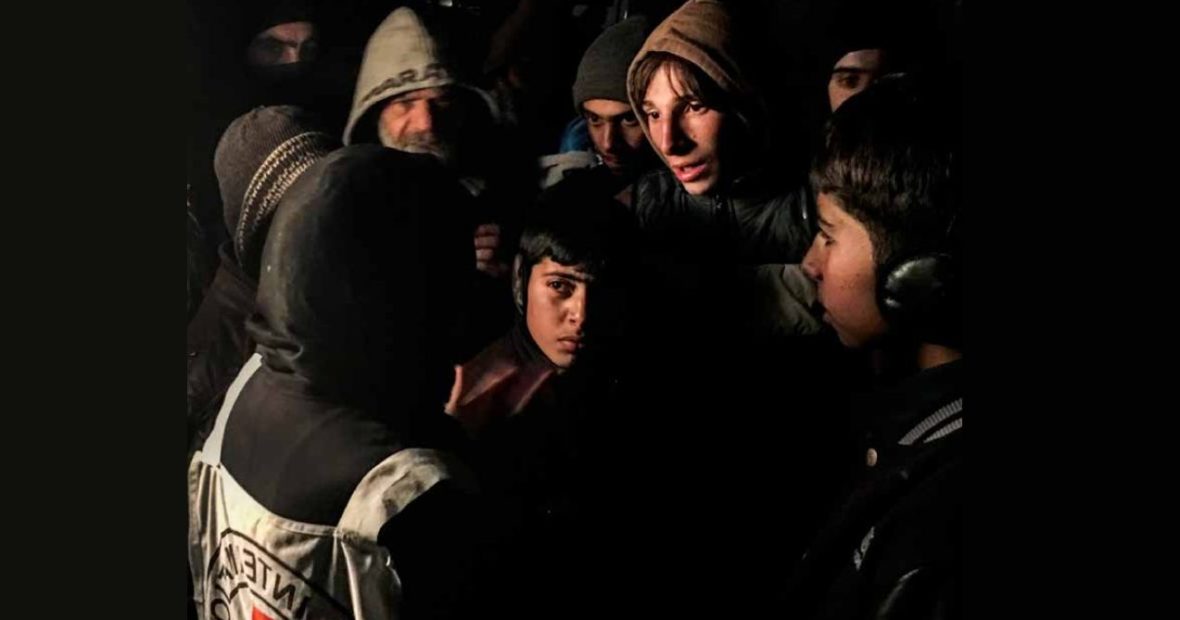 This has been a decade of disruption and savage loss for Syrians. For young Syrians, the last ten years have been marked by loss of loved ones, loss of opportunities and loss of control over their future. The ICRC-commissioned survey interviewed Syrians aged 18-25 – part of a generation who lost their adolescence and young adulthood to the crisis. The results reveal families and friendships torn apart, immense economic hardship and worry, frustrated ambitions, missed milestones and a profound psychological toll.

Some key findings of the survey:

It is no longer a matter of years – the Syrian crisis is now in its second decade. The young Syrians we heard from are now facing into their second decade of this brutally draining crisis. Having lost much of their childhood and teenage years to the conflict, this generation will likely shoulder much of the responsibility and work of reconstruction once the conflict ends. The lives of their children will also be marked by the consequences of this conflict. The top four needs Syrians in Syria identified were: information about and access to jobs, education, psychological support and healthcare.

The crisis in Syria has rippled far beyond its borders and continues to do so. The survey results reflect the high rate of displacement among young Syrians – almost two thirds of the young Syrians reported having to leave their homes, either within Syria or abroad. We see some varying depending on location. In Lebanon, a majority said employment was the top need, followed by humanitarian assistance (51%, 49%). In Germany, a majority said psychological support was their number one need, followed by employment (56%, 50%). The situation for Syrians in Lebanon was revealed as being particularly severe in terms of jobs, access to education and need for humanitarian assistance. 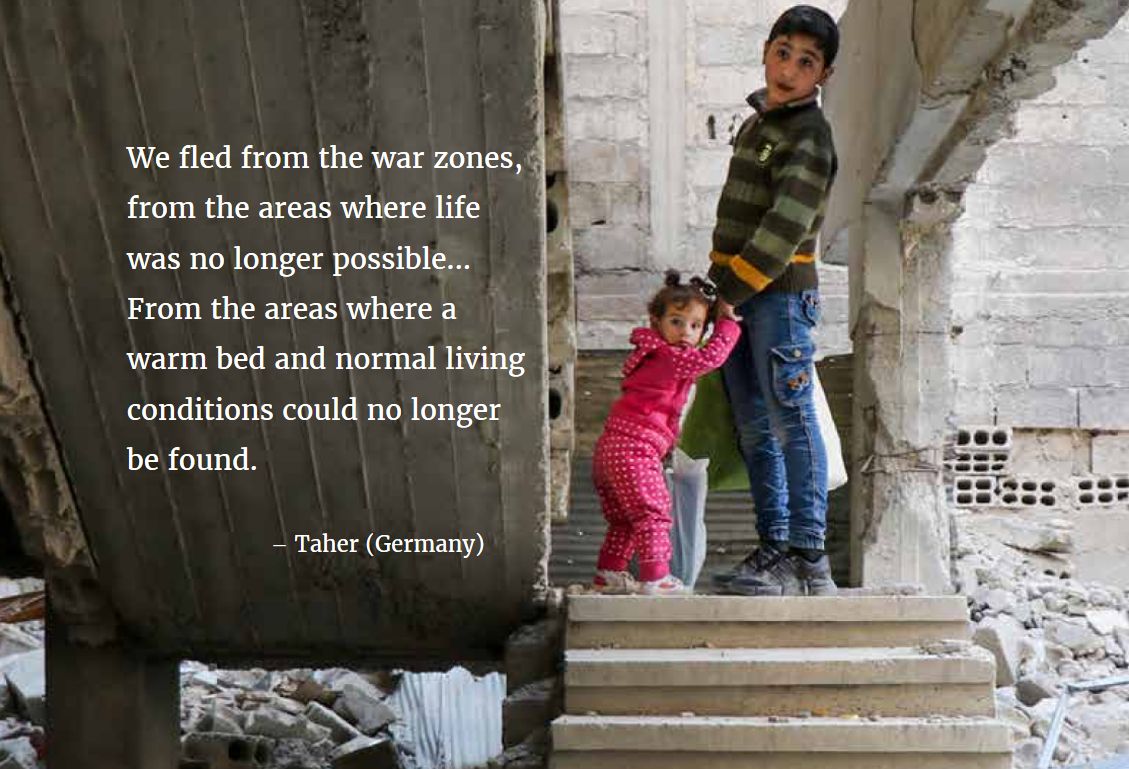 Children in a destroyed building in Douma, Damascus.

Despite everything, seven in ten young Syrians said they are optimistic about the future. Their hopes are universally recognisable: safety and stability, a chance to have a family and a well-paid job, affordable and accessible healthcare and services, an end to the upheaval and conflict. Across the three countries, almost two-thirds of those surveyed said they wished people around the world had a better understanding of what had happened in Syria since 2011 (74%), of the terrible impact of the conflict, including the effect on everyday life and the emotional toll.

In all three countries, young Syrians said access to psychological support was one of the things they needed most. In the past 12 months, young people in Syria experienced sleep disorders (54%), anxiety (73%), depression (58%), solitude (46%), frustration (62%) and distress (69%) because of the conflict.

Over the past 10 years, Syrians have been exposed to repeated trauma and extreme stress. This long exposure to stress and uncertainty can be deeply harmful and create traumas that may last a lifetime. A significant number of Syrians suffering from mental health conditions remain undiagnosed and untreated. UN figures show that 27% of households report that children show signs of psychological distress – almost double the figure in 2020 (14%).

It is estimated that there are only 83 psychiatrists left working in all of Syria. At a time when people need help with their hidden scars, it is more difficult than ever to access it. With the right help, recovery is possible. Without it, people’s suffering could be lifelong and will have an impact on rebuilding communities and the social fabric as a whole.

The ICRC has a psychological and mental services program for patients with physical disabilities at the ICRC’s Physical Rehabilitation Centre in Aleppo, and runs mental health and psychosocial support programmes for patients and their children at the SARC-ICRC field hospital in Al Hol. We have also contributed to efforts of building the capacity of SARC mental health professionals by providing training and technical supervision.

The economic toll of the conflict is devastating and has reached every corner of Syria. 90% of Syrians now live below the international poverty line (1.25 dollars/day), up from 80% even before the economic impact of the COVID-19 pandemic (according to the UN). It is thought that more than 12 million Syrians are not able to access or afford enough food every day.

With the impact of COVID-19 on top of sanctions, the past 12 months has seen millions more Syrians pushed into deeper hunger and poverty. There has been an estimated 236% increase in the average price of food basket in past 12 months alone – this is 29 times pre-conflict levels (UN). The value of the Syrian currently has dropped by at least 78% (WFP).

The survey shows economic opportunities and jobs top young Syrians’ list of what they need most, followed by healthcare, education and psychological support. Women have been particularly hard-hit economically, with almost 30% in Syria reporting no income at all to support their family. Young Syrians in Lebanon report humanitarian assistance among their top needs.

what does ICRC want? What can people do?

Institutional calls – Syrians cannot afford to endure another year like this, let alone another ten. No political breakthrough means a dire outlook for 2021 for millions of Syrians inside and outside the country. The international community can’t turn away from Syria – we need a political solution to restore peace, ongoing financial support for the recovery- and a future for those who have lost so much.

Fundraising call – Syria is our largest and most complex operation. Humanitarian needs are bigger than ever, and so is the need for support. Our 2021 budget for Syria is 193.6 million Swiss francs ($217million). We need more support and we are grateful for our donors’ generosity to fund our many programmes there – governments, private sector and individuals who wish to donate to support our work in Syria

Empathy call – We are all familiar with the stock images of this conflict – vistas of destroyed buildings, displacement camps, grainy battlefield videos. But this survey lays bare the intimate and pervasive trauma – the way conflict touched every aspect of daily lives, families and futures. Young Syrians told us what they need, including a wish the world had a clearer view of what the years of upheaval and violence have caused. I Let’s all heed their call and prioritize listening to what Syrians say they need to cope and recover. 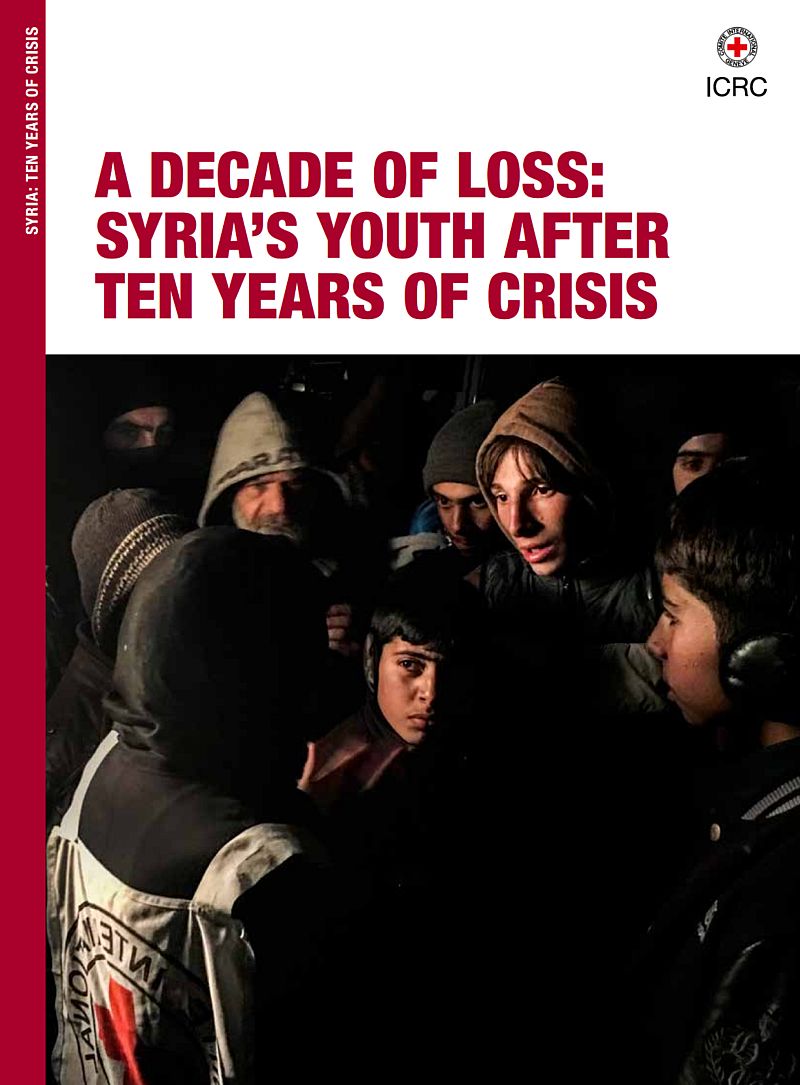 Survey Report “A Decade of Loss: Syria’s Youth after ten years of crisis”