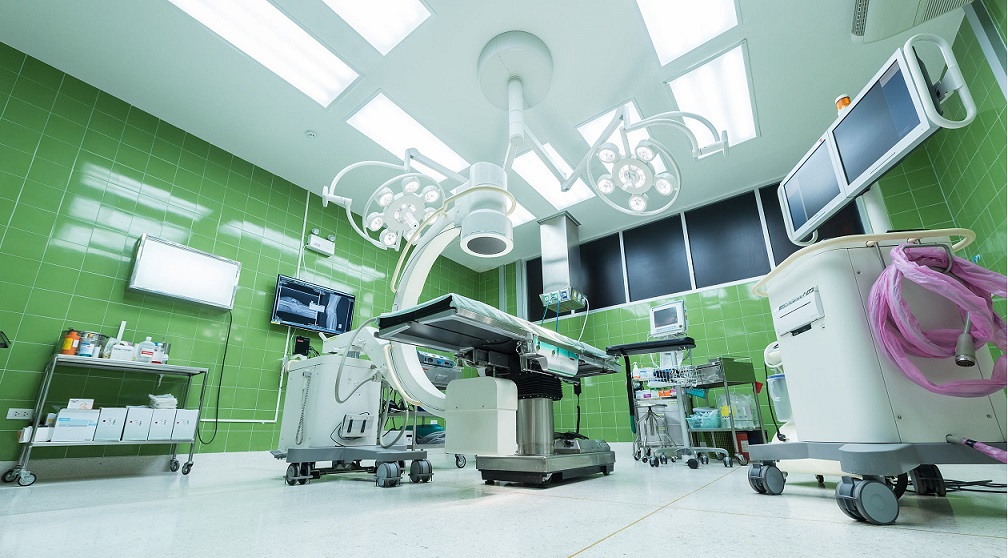 Nandan Nilekani and Samir Saran are among more than 40 former and current international leaders calling on all governments to work together to stop attacks hampering hospitals and international organisations fighting COVID-19.

GENEVA, Switzerland – May 26, 2020 – Today more than 40 former and current international leaders from across government, industry, international and non-governmental organisations and academia have called on the world’s governments to take immediate and decisive action to prevent and stop cyberattacks that target hospitals, healthcare, research organisations, and international authorities providing critical care and guidance in the midst of the ongoing global pandemic. The signatories demand that governments work together, including at the United Nations, to reaffirm and recommit to international rules that prohibit such actions, and to join forces with civil society and the private sector, to ensure that medical facilities are respected and protected, and to hold attackers accountable.

The call follows cyberattacks in recent weeks against medical facilities, including in the Czech Republic, France, Spain, Thailand, and the United States, international organisations such as the World Health Organizations, and other health authorities. These attacks range from ransomware operations aimed at crippling primary and urgent care networks in exchange for payouts to disinformation campaigns aimed at undermining and disrupting wider elements of the response to the pandemic, including testing and vaccine research facilities. Where successful, these attacks have interrupted the provision of healthcare and put additional costs on healthcare providers. They underline the vulnerability of this sector to cyberattacks at a time when medical care is needed more than ever.

“We’re in the midst of the most urgent health crisis in modern history, and these attacks threaten all of humanity,” said Peter Maurer, President of the International Committee of the Red Cross and signatory of the call. “We must take action collectively to ensure this threat is addressed, and already fragile health care systems, particularly in countries affected by war and violence are not put at further risk by cyber operations.”

The Call to Action comes against the background of important discussions on cyber stability and cyber-attacks against healthcare facilities in the context of the COVID-19 pandemic, including in the United Nations Security Council and two United Nations General Assembly-mandated cyber processes.

“As healthcare professionals are protecting us in the real world, it is up to civil society, industry and governments to collectively act for their protection in cyberspace”, said Stéphane Duguin, Chief Executive Officer at the CyberPeace Institute. “In this effort, humanity needs governments to work together by setting the tone and the example, to ensure healthcare is protected, and perpetrators are held accountable.”

The letter, which is featured today in full-page print advertisements in The New York Times and The Guardian, specifically calls on all governments to take immediate action including by asserting unequivocally that cyber operations against healthcare facilities are unlawful and unacceptable and to work with each other, with civil society and with the private sector, to ensure that medical facilities are respected and protected. 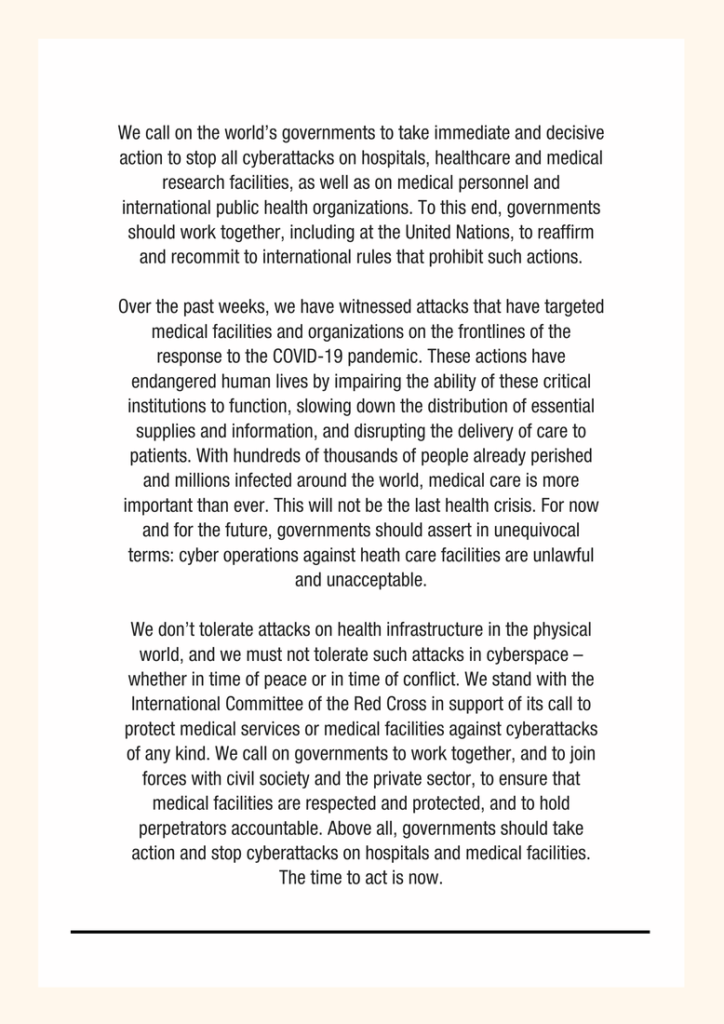 More on the letter is available at https://cyberpeaceinstitute.org/campaign/call-for-government.