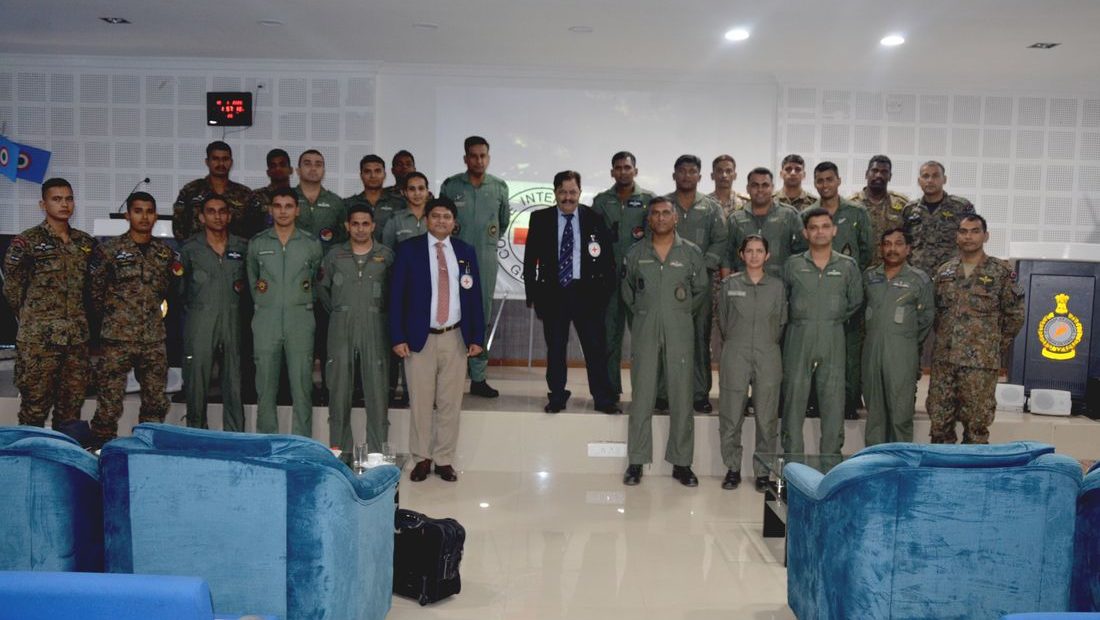 This workshop aimed to make Air Force personnel aware of the general principles of IHL and the applicability of IHL to aerial warfare using case studies. The course covered relevant sources of law, including the Geneva Conventions 1949 and Additional Protocols of 1977, The Hague Conventions, the law of aerial warfare and select weapons treaties.

The Garud Commando Force is the special forces unit of the Indian Air Force tasked with the protection of critical Air Force bases and installations; search and rescue during peace and hostilities and disaster relief during calamities. At present, Garuds are deployed in the Democratic Republic of the Congo as part of the UN Peacekeeping operations.

The interactive sessions covered the following topics: historical development of the law of aerial warfare and command responsibility, conduct of offensive air and UAV ops and the laws, neutral airspace, types of air power and IHL and military medical aircraft. Participants also discussed the application of core IHL principles after viewing the movie ‘Eye in the Sky’.

The course concluded with discussions and case studies on air operations and the officers were awarded certificates jointly by Group Captain M Rangachari, Chief Operations Officer, and the ICRC team.