The ICRC’s Regional Director for Asia and the Pacific, Christine Cipolla, was in Delhi to attend the Raisina Dialogue and meet a number of diplomats, academicians, humanitarian and development sector professionals. Among her objectives was to speak on the link between climate change and armed conflict. “The combination of climate risk and conflict is dramatic for populations and often forces people to flee to stay alive,” she elaborated on the panel titled ‘Scorched Earth: Communities, Conflicts & Migrants’ which included experts from the UN and civil society.

The ICRC is witnessing the impact of climate shocks on the people it closely works with. Out of the 20 countries considered the most vulnerable to the impact of climate change, 13 are also affected by armed conflict and they are particularly ill-equipped to deal with the devastating humanitarian consequences of violence and climate change. For instance, in northern Mali, a place faced with environmental degradation, climate risk, conflict, and droughts, pastoralists and their herds must travel long distances to find grazing land and water. 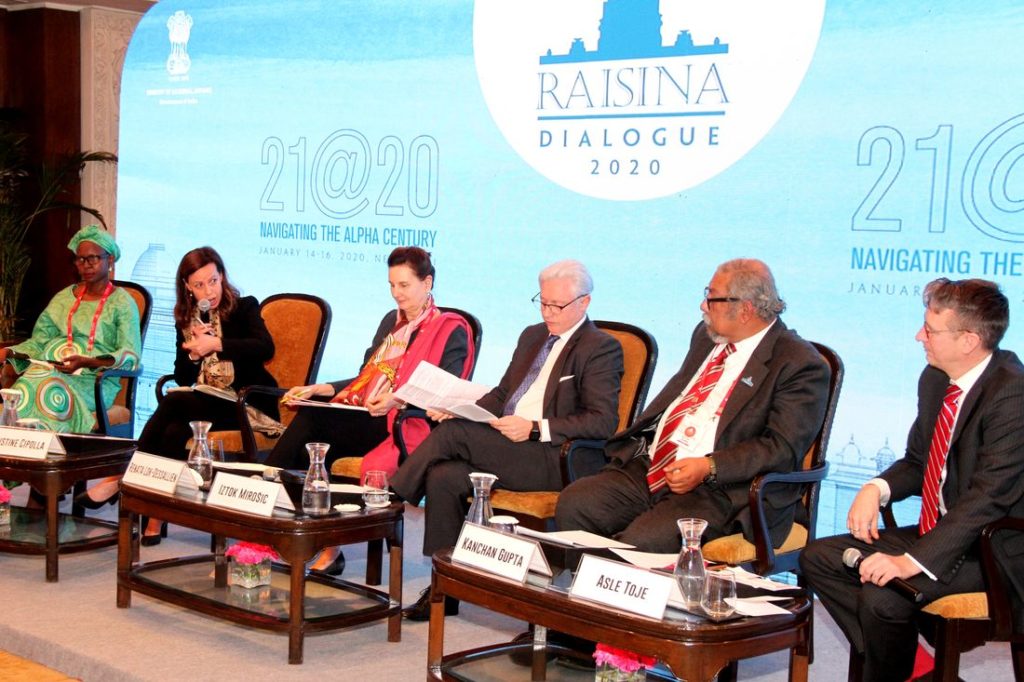 Capitalising on the visit, Cipolla, along with other ICRC representatives, also called on the Union Minister for Social Justice and Empowerment, Thawarchand Gehlot, to discuss increased collaboration on training physical rehabilitation professionals in India. The ICRC’s physical rehabilitation programme has completed 15 years in India and works with eight partner organisations on prosthetics, orthotics and physiotherapy services.

This year also marks 100 years of the Indian Red Cross Society (IRCS) – the ICRC’s primary partner in India – which was created following the ICRC’s first visit to the region in 1917. Cipolla took the opportunity to meet RK Jain, Secretary General of the IRCS, to strengthen the continuing partnership between the two humanitarian organisations – the latter with a substantial volunteer base across India. Yahia Alibi, head of the ICRC regional delegation in New Delhi, emphasised the role of the Red Cross Movement and said, “Our Movement impacts the lives of people in need. Together, we can achieve greater impact and emerge as first responders.”