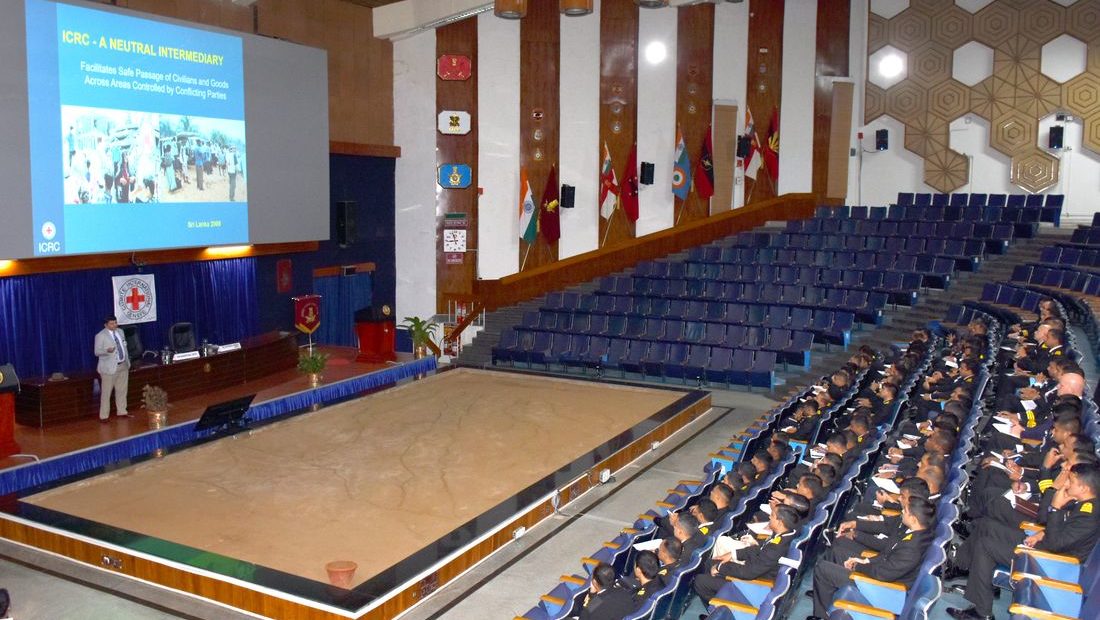 The programme, held on 8-9 August during the 75th staff course, focused on laws of war at sea. DSSC is an inter-service institution of the Ministry of Defence, India and trains officers of the all three Indian Armed Forces and officers from several other countries for command and staff appointments.

The ICRC interaction included discussions on the complexities of the application of international humanitarian law and the safety of those at sea with the help of case studies. In view of the ever-evolving dynamics of maritime security, the participants acknowledged the importance of IHL for those manning the seas.