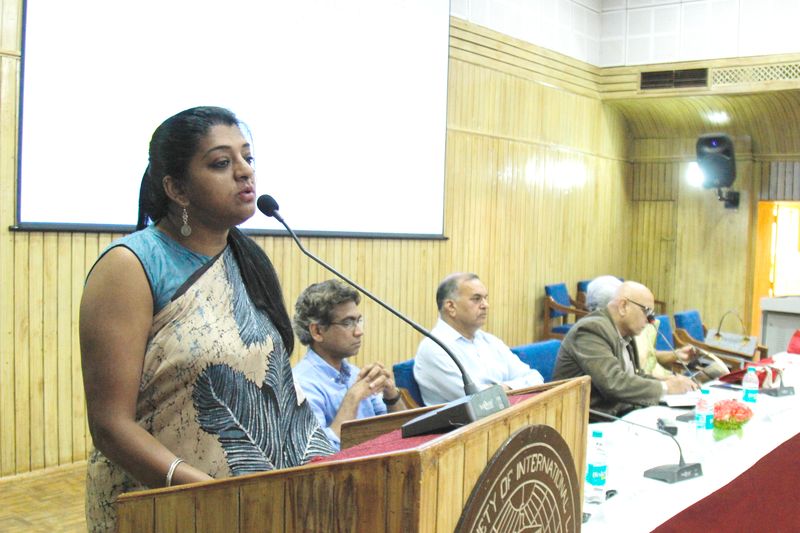 A recent international symposium organised by the Indian Society of International Law (ISIL) in collaboration with Indian Journal of Law and International Affairs (IJLIA) in New Delhi provided the perfect platform to discuss the relevance and the future of International Humanitarian Law (IHL). On the 70th anniversary of the Geneva Conventions in 2019, this was already the second conference which discussed challenges faced by the legal fraternity and the humanitarian world in the interpretation of an established legal framework, the Geneva Conventions (GCs).

The panel discussion, “GCs @ 70: Prospects and Challenges” presented a variety of perspectives. Major General (Prof) Nilendra Kumar spoke about India’s role in the extensive discussions leading up to the framing of GCs but after the initial enthusiasm of ratifying the 1949 GCs, the “highly Eurocentric” language of the conventions was said to be one of the main reasons why India did not follow up with the ratification of the subsequent Additional Protocols (APs). He stated that a shift in the center of conflict from Europe to West Asia is a sign that international treaties too must evolve.

Prof (Dr) Tasneem Meenai, Director of the Nelson Mandela Centre for Peace and Conflict Resolution at Jamia Millia Islamia highlighted the importance of Common Article 3 since situations of non-international armed conflict (NIAC) occur with more frequency around the world. As parties taking part in conflict get more localised, it has become important to revisit the prevalent ambiguity that allow parties to limit protection of detainees in NIAC. Former Wing Commander (Dr) UC Jha complimented States at having assimilated and incorporated IHL principles within their national legislature and military manuals. However, he reiterated the urgent need to revise the manuals to reflect the developments in the legal domain.

Dr Srinivas Burra, Assistant Professor at the South Asia University termed the GCs as an “extraordinary achievement” for having achieved universal ratification and how its inadequacies were bridged to a certain extent in 1977 with the formulation of the three APs. He stated that the challenge, in the future, remains the robust interpretation of these existing provisions as conflicts and their means and methods, evolve.

Echoing Dr Srinivas, Dr Anuradha Saibaba, Head of the IHL department at ICRC New Delhi, explained that rapidly changing structures of non-state armed groups (NSAGs) present a challenge to humanitarian actors as access to affected population is negotiated after lengthy discussions. Given that the ICRC’s mandate is strictly humanitarian in nature, the responsibility to respond to IHL violations rests jointly on the States and the international community.

These discussions generated interesting commentary from the audience, which consisted of students and academicians from across India and neighbouring countries. 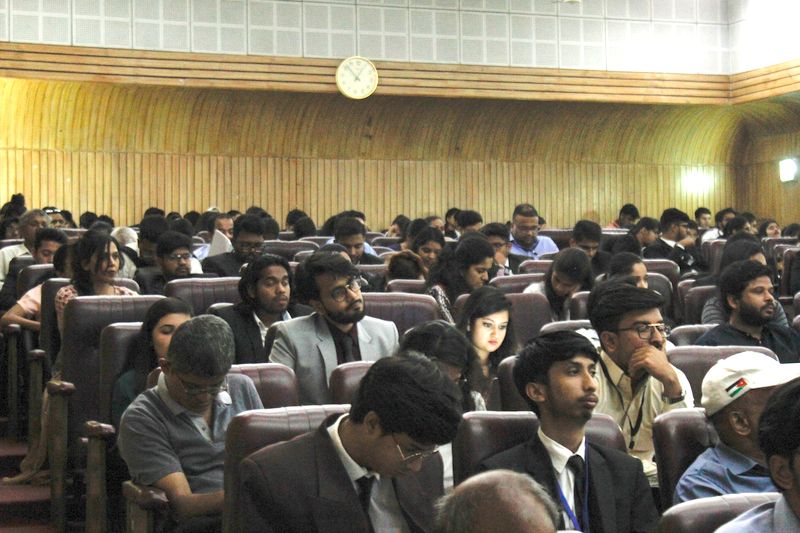