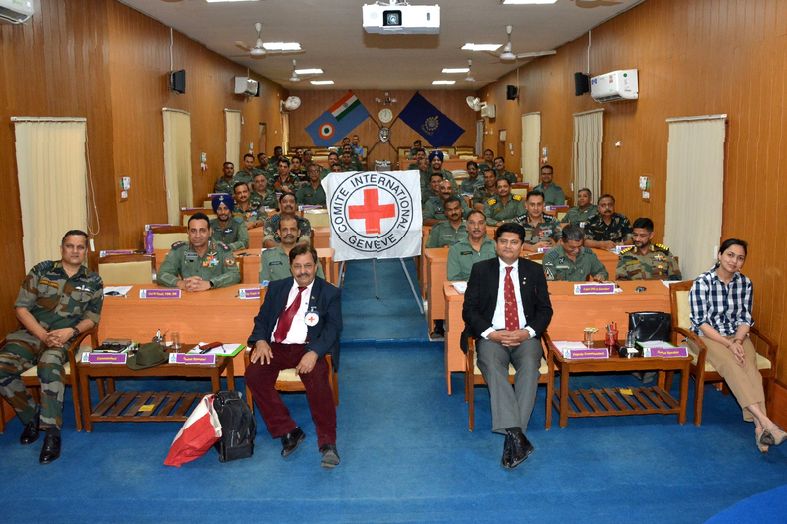 The session was conducted at the College of Air Warfare (CAW), Secunderabad 29-30 March 2019 for the officers undergoing Higher Air Command Course (HACC). Topics like Geneva Conventions, the Hague Law, Additional Protocols of 1977 and select weapons treaties were discussed during the sessions.

The objective of the course was to make the officers aware of the application of IHL in conflict situations involving the use of air power. Over the course of two days it covered introduction to ICRC and its role, overview of IHL principles, protected categories of persons, classification of conflict and command responsibility. 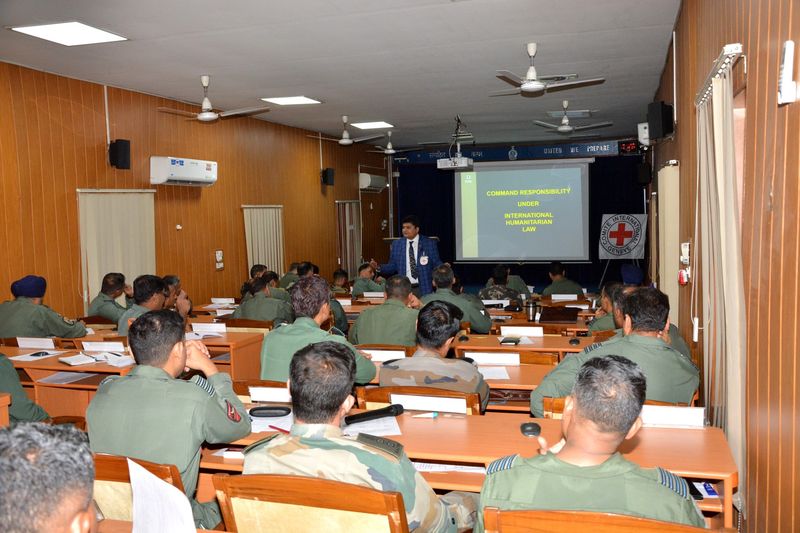 The second day covered the application of air power, the rise and development of air and space power and IHL and scenarios of involving air force operations that raised important questions on the application of IHL, military medical aircraft, neutral air space, types of air operations and unmanned aerial vehicle (UAV) operations. The participants discussed core IHL principles based on the movie “Eye in the sky”.

Various aspect of violation of neutral air space, attacks on a civilian objects and the obligation to avoid or at least minimise incidental harm to civilians/civilian objects, selection of weapons and it implications for the rules on the conduct of hostilities under IHL were discussed as well.

The course culminated with an air operations related syndicate exercise – offence vs defence with various air power scenarios. The officers were awarded ICRC certificates upon successful completion of the course.