Welcome and thank you for attending today’s launch of the third edition of the Professional Standards for Protection Work.

This is a milestone moment and I would like to recognise the tremendous work of the Advisory Group and our partners. The production of these standards has been a collaborative effort, reflecting the way we hope to work to achieve protection outcomes on the ground.

Visiting different contexts in active conflict, I am alarmed by the abuses against civilians – wars that are being waged without any regard for life and law; and the increasing prevalence and severity of conflicts. Some of the key challenges include the:

At the same time we are also witnessing severe protection needs of populations affected by crisis:

As a result, the protection response is changing: 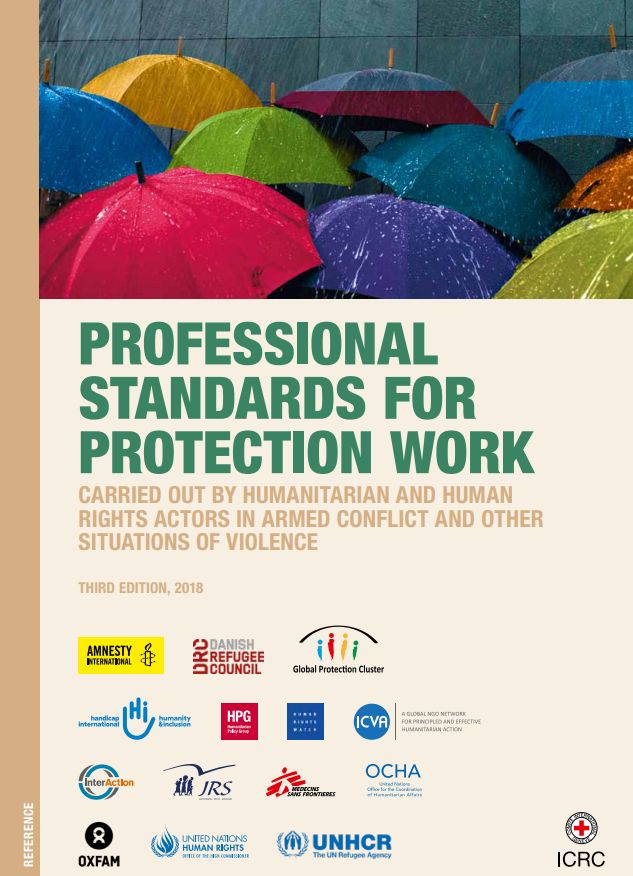 In summary, protection is no longer the exclusive domain of humanitarian organisations. And how to strengthen protection has become a matter of growing debate not only among humanitarians but also in the political sphere.

One of the key challenges is the restriction placed on access. While proximity to people is always our goal, new ways are being found to reach affected populations:

Given this environment, there is a critical need for the professionalisation of protection work, including the adherence to standards. I am a firm believer in the contribution of professional networks and the strength of communities of practice, especially in the area of protection.

Why are such communities important?

Protection actors have a double task:

The third edition of the Protection Standards takes into account today’s operating environment as well as the rapid developments in technology including information management and data protection, where these new standards can provide guidance:

The standards go a long way in helping to answer some of these questions so that people are not put at risk. The Professional Standards for Protection Work is a living document that has adapted to the evolution of conflict and to changes in the humanitarian and human rights sectors.

This edition comes after three years of thorough consultations among the main actors in protection. We can consider them as baseline for all humanitarian actors, helping them to inform their response.

The ICRC will continue to lead, alongside the fourteen advisory group members and interested stakeholders, the work of revising and updating the Standards so that they maintain their relevance and reflect practice.

Our partners have worked hard to bring their invaluable practitioner and expert insight to the development this living document and ensure its applicability in practice. Thank you to:

I’d also like to thank the Swiss MFA for its financial support for the revision, dissemination and promotion of Professional Standards; and my sincere thanks also to Ambassador Grau for her personal interest and involvement in the project, for championing issues of protection and for helping us launch the publication today.