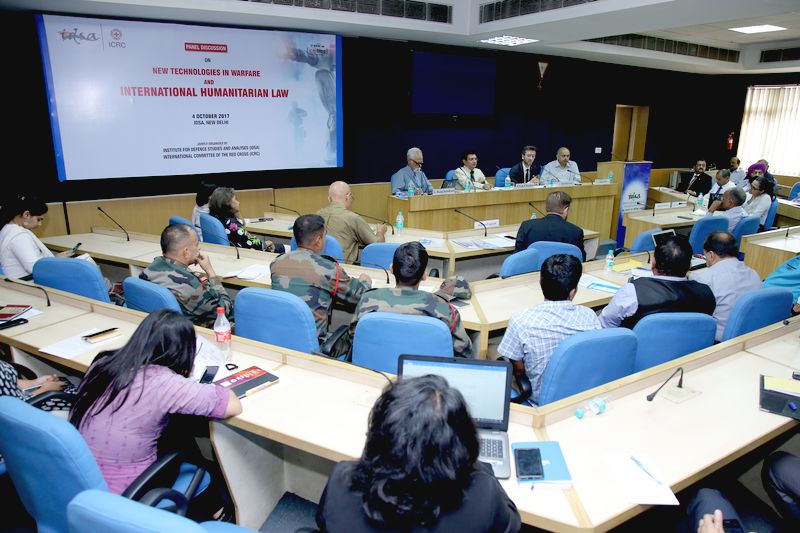 Presentations were made on ‘New Challenges – Conforming with IHL’, ‘Drones as Weapon Systems’, and ‘Artificial Intelligence and its Implications for IHL’. ©ICRC

The ICRC and the Institute for Defence Studies and Analyses (IDSA) jointly organised a panel discussion on 4 October 2017 in New Delhi with the objective to provide an understanding of the use of new technologies in modern weapon systems.

The panel addressed the theme ‘New Technologies in Warfare and International Humanitarian Law’ and deliberated on the application of IHL rules to new technologies, accountability for IHL violations, as well as their humanitarian and ethical implications. 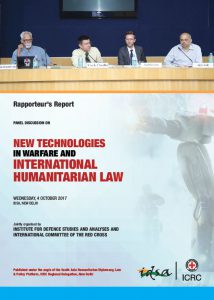 Brigadier (Retd.) Rumel Dahiya, Former Deputy Director General, IDSA, made the inaugural address and underlined that the role and application of IHL needs to be expanded as modern autonomous weapon systems come into play. Colonel (Retd.) Vivek Chadha, research fellow at IDSA, chaired the session and set the ball rolling when he said, “The problem is not so much in controlling the evolution of weapon systems but the failure in holding responsible the countries that employ them unfairly.”