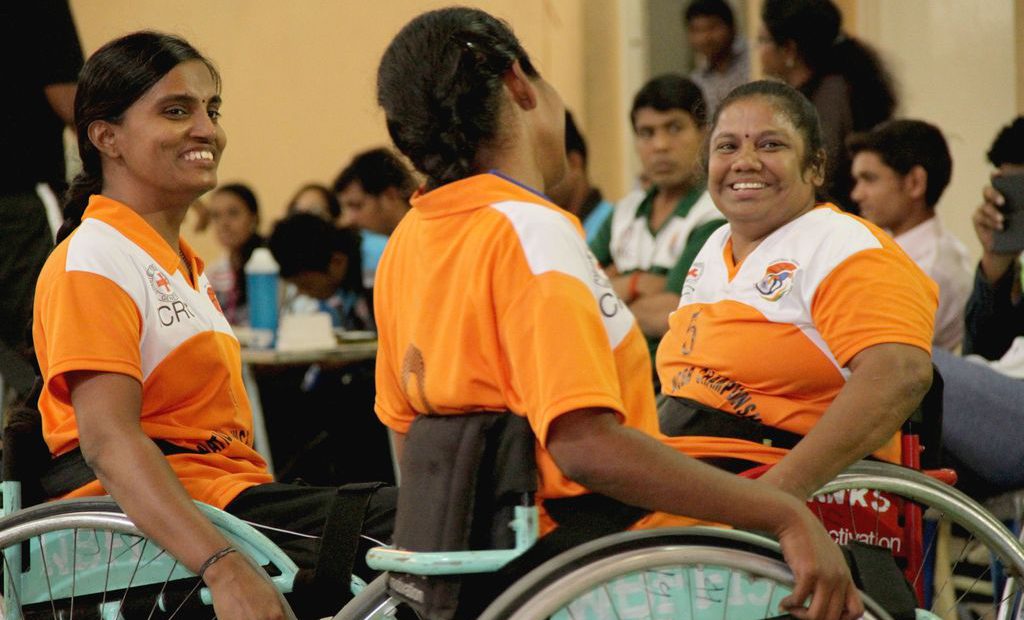 Women players from Tamil Nadu have been associated with the game since the first workshop was conducted in 2014 in Chennai. ©ICRC, Ashish Bhatia

They may be few in number, but women wheelchair basketball players have been making new inroads for other girls and women to take up disability sports in the country. They have been instrumental in popularising this game across many states in India. Today, Tamil Nadu has 19 women players representing the state while Telangana, which was the most recent to join the sport, has three women players taking part at the national level.

As many as 32 women from 5 states participated at the Championship held in Chennai between 26-30 December 2016. They formed five teams — Dove, Peacock, Falcons, Hawk and Sparrows — that comprised a mix of players from New Delhi, Kerala, Tamil Nadu, Karnataka, and Telangana. Dove and Peacock emerged as the winners and runners-up respectively.

These snapshots illustrate the camaraderie as well as competition between the players (©ICRC, Ashish Bhatia): 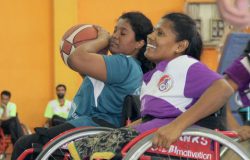 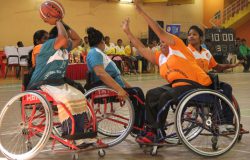 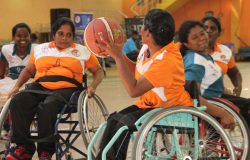 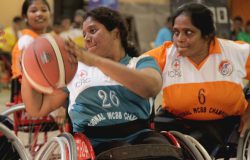 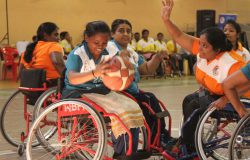 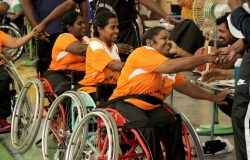 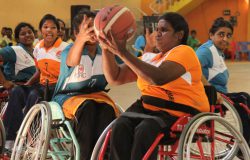 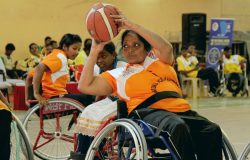 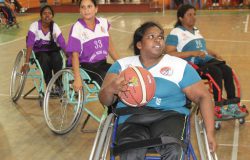 Watch glimpses of the championship in this film.