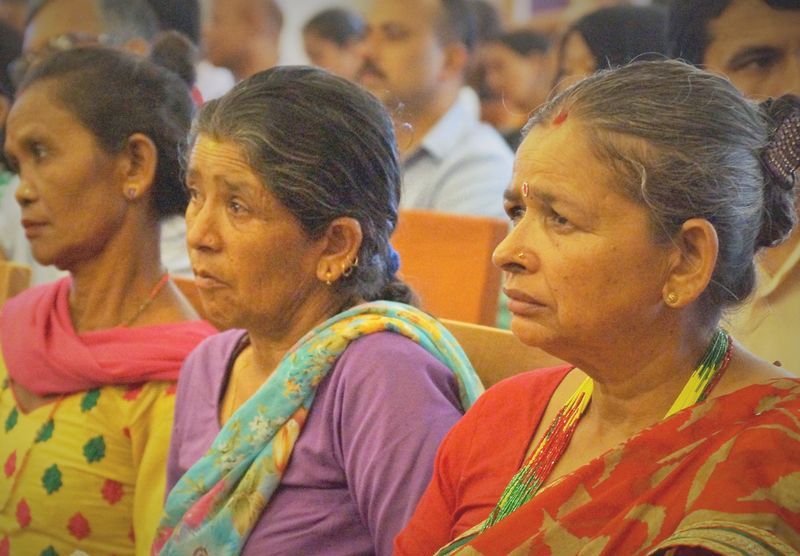 Tears welled up in the eyes of many family members in the audience as ‘The Doll’s Funeral’ -- a short documentary illustrating the emotional journey of a mother -- was screened. ©ICRC, Pramesh Poudel

The families waiting for years and living in uncertainty regarding the fate of their loved ones came together last month to honour their missing loved ones.

The International Committee of the Red Cross (ICRC) in Nepal — together with the Nepal Red Cross Society (NRCS) and the National Network of Families of the Missing and Disappeared (NEFAD) — marked the International Day of the Disappeared in Kathmandu on August 29. Members of the families of missing persons were joined by representatives of government and non-governmental agencies, security forces, civil society organizations, media and Red Cross volunteers as they got together to commemorate their loved ones.

As is done every year on this occasion, an updated list of missing persons titled ‘Missing Persons in Nepal: Update list 2016’ was released. The 9th edition of this publication (available on www.familylinks.icrc.org) contains 1,334 names of missing persons. Andre Paquet, head of the ICRC mission in Nepal, said, “The aim of the publication is to bring recognition to the families of missing persons and more importantly it constitutes an appeal to the government, and former parties to the conflict, to clarify the fate of those who went missing during the decade long armed conflict in Nepal.”

A photobook – Commemorating the Missing – was unveiled on this day, offering a glimpse of the 59 memorials constructed in the memory of missing persons across 39 districts in the country. In addition to the photobook launch, an ICRC documentary was screened on the occasion. 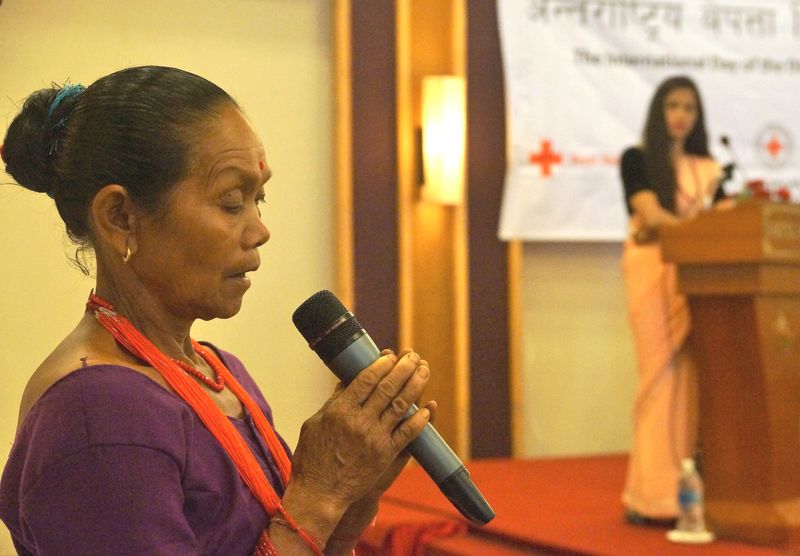 Bhojali Chaudhari who plays the lead in the ICRC documentary The Doll’s Funeral talks about her experience. ©ICRC, Pramesh Poudel

‘The Doll’s Funeral’ is a short documentary illustrating the emotional journey of a mother who visits the place where her missing daughter was last seen. Tears welled up in the eyes of many family members in the audience as The Doll’s Funeral was screened. The lead character of the film, Mrs Bhojali Chaudhari – whose daughter went missing when she was seventeen years old – spoke about the anguish she felt for many years before she was able to visit her daughter’s place where her missing daughter was last seen and conduct the final rites.

A few members of the families of the missing persons shared their concerns as they await answers to their questions about their missing loved ones. Most of them wanted to know for how long they have to wait.

NEFAD president Ram Kumar Bhandari facilitated the interaction following which he reiterated that the families have the right to know the fate and whereabouts of their missing relatives. Addressing the questions and concerns of the families, the Chief Guest of the event and the Chairman of Commission of Investigation on Enforced Disappeared Persons (CIEDP), Mr Lokendra Mallick said the Commission is working tirelessly on the cases registered and that the results will definitely show how committedly commission had worked.

Dev Ratna Dhakhwa, Secretary General of the Nepal Red Cross Society (NRCS) addressed the gathering and affirmed that the day has international significance and that the NRCS continues to work together with the ICRC for the families of missing persons in Nepal.