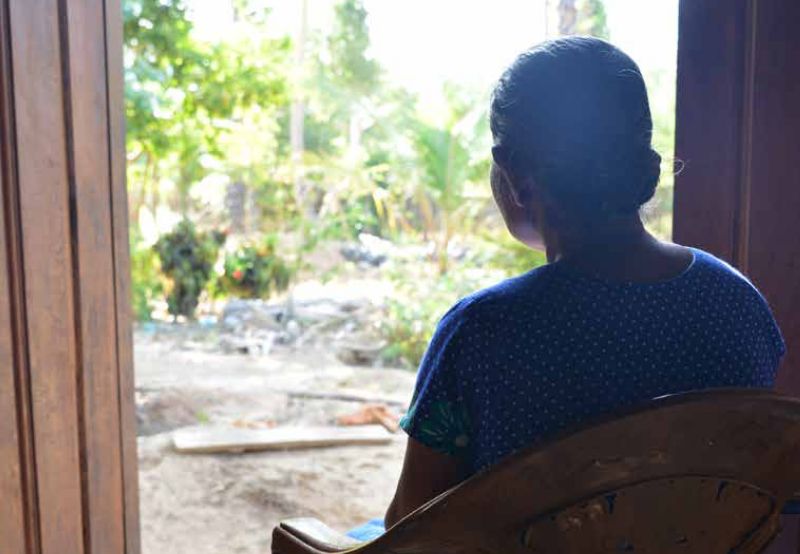 The needs of the families of missing persons are as specific as their suffering and it is for this reason that the ICRC carried out a ‘Needs Assessment’ of such families in Sri Lanka between October 2014 to November 2015.

The objective of this exercise was to identify the concrete difficulties and specific needs caused by the absence of answers regarding the fate and whereabouts of the missing relative. The ICRC’s list of missing persons contained at that time names of 16,148 missing persons originating from 15,688 families and it was taken as the source for the sampling frame.

Data available to the ICRC shows that missing persons originate from all districts of Sri Lanka. This is true for both persons Missing in Action and other missing persons. As the entire country has been affected by disappearances, the ICRC decided to conduct the island-wide Assessment and meet the families in all districts. 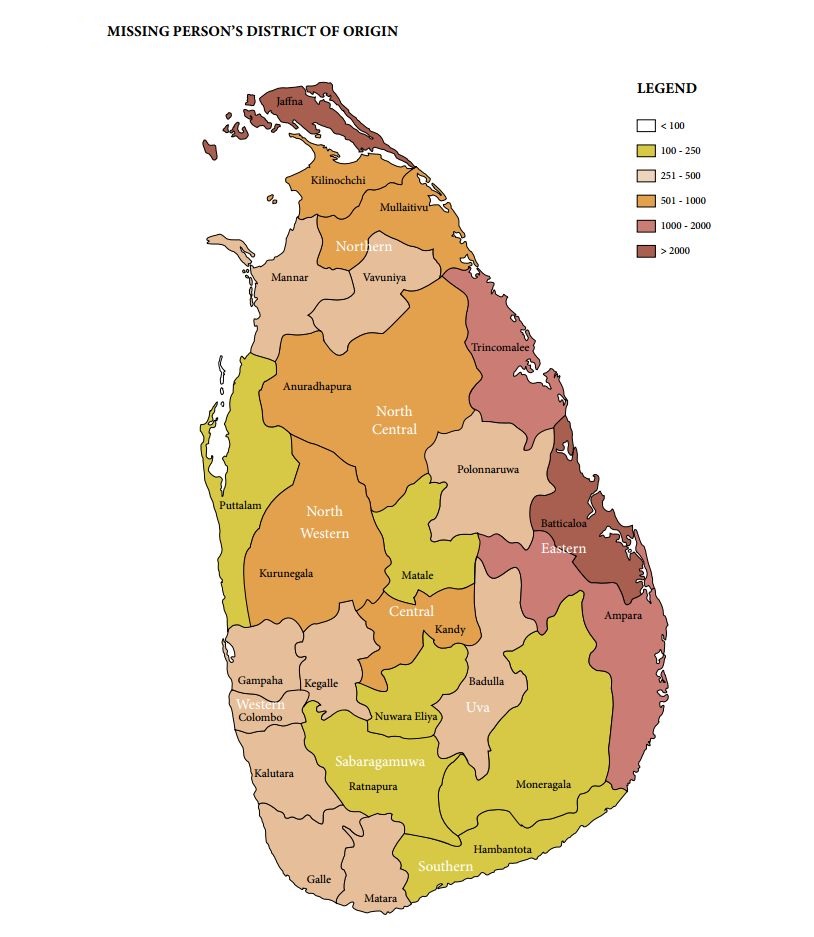 The Assessment revealed that the highest priority for the families is to know the fate and whereabouts of their missing relative(s), including circumstantial information related to the disappearance. 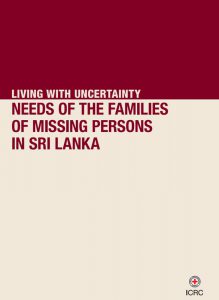 Families of missing persons face a constant emotional struggle incomparable to most other forms of grief. They suffer from a phenomenon known as ‘ambiguous loss’ – a form of grief that encompasses a psychological and social aspect.

This prevents closure, causes constant vacillation between hope and despair, drives a constant search for knowledge of the exact circumstances of the disappearance, and affects families’ ability to restart their lives.

The ICRC recognises the complex nature of this form of loss on the basis of years of experience working on the issue of missing persons and their families around the world.

This report lays down not only the findings of the Assessment, but also the methodology adopted to undertake it along with concrete recommendations addressed to Sri Lankan authorities as well as other stakeholders.

A deeper understanding of the needs, the ICRC believes, will allow the authorities and all actors involved to frame an adequate response.

The ICRC has been registering and resolving cases of persons reported as arrested, separated families and missing persons in connection with the past armed conflict in Sri Lanka since the establishment of its permanent presence in 1989.