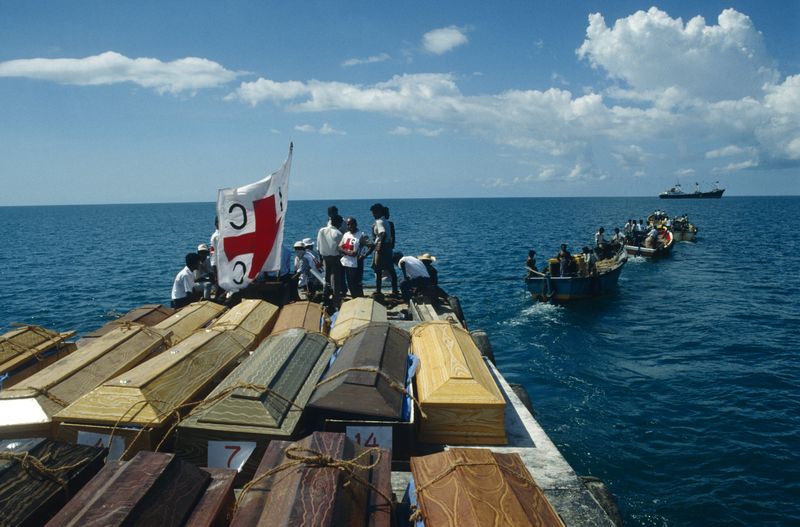 Mortal remains of people killed in the conflict in Sri Lanka being transported. ©ICRC

Nadeeshan Rani Amma, 62, who lives at Mannakandal in Mullaitivu district of Sri Lanka, was a cattle farmer with a 100-strong herd before the conflict (1983-2009). Like many others, she lost her cattle and her livelihood during the disturbance. A few years ago, she received an MEI (micro-economic initiatives) cash grant from the ICRC and started cultivating onions. She sold her first crop at the local market for LKR 20,000, with which she bought two cattle.

Today, Rani Amma has 17 cattle and has expanded her business by selling milk. She is also constructing a hand-dug well to water her crops. “I collect up to 15 litres of milk every day,” said Rani Amma. “I sell the milk to Nestlé, which has a milk collection point in the village, and they pay me LKR 46 for every litre.”

Her economic success has enabled her to provide a home to a boy, orphaned during the conflict. She is also incredibly happy at having been able to see her daughter get married.

The ICRC has been in Sri Lanka since 1989. On October 16, we marked 25 years of humanitarian work in the country. On the occasion, we have released an audiovisual. 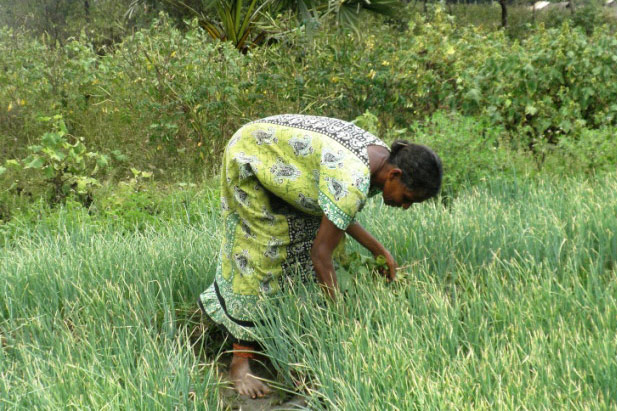 Initially, we helped people affected by the uprising of the Janatha Vimukthi Peramuna in the south and the conflict between the Sri Lankan government and the Liberation Tigers of Tamil Eelam in the north and east. Today, we are helping people affected by the past conflict and promoting international humanitarian law (IHL) among the armed forces, national authorities and academia.

In the north and east of Sri Lanka, households headed by women and persons who were disabled due to the conflict are among the vulnerable needing support to develop sustainable livelihoods. The ICRC is enabling them to start income-generating activities and develop appropriate skills.

For these people, the ICRC runs micro-economic initiatives (MEI) and community-based livelihood support programmes in the districts of Vavuniya, Kilinochchi and Mulaithivu. The programmes have benefited some 1,120 households between October 2011 and June 2014. Some of these programmes were run in conjunction with the Sri Lanka Red Cross Society. In addition, the MEI programme has helped more than 373 rehabilitated former Liberation Tigers of Tamil Eelam fighters to become self-employed and socially integrated into the community.

Apart from this, the ICRC visits all detainees — not only those held in connection with the past conflict — to monitor their treatment and living conditions. On the basis of the results of an island-wide survey, it intends to recommend to the authorities a programme to address the economic, psychosocial, legal and administrative needs of families of missing persons.

The ICRC is also supporting its national partner, the Sri Lanka Red Cross Society, in its efforts to develop its ability to prepare for and respond to emergencies, to administer first aid, and to help family members separated by conflict, disaster or migration stay in touch.

The ICRC in Sri Lanka

Sri Lanka: Sustaining the work of the Jaffna Jaipur Centre into the future