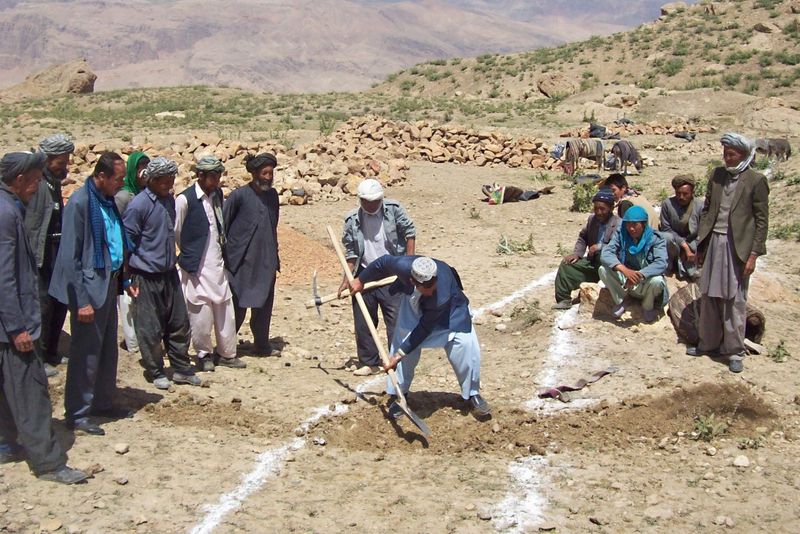 In July 2015, work begins with the digging of the foundations. The local community provides the labour force. ©ICRC, Habibullah Husseini

In Afghanistan, the ICRC helps bring safe water to thousands of urban and rural dwellers – in addition to providing drugs and medical supplies to health facilities, treating people with disabilities, renovating hospital and prison instratructure.

While 44,400 internally displaced persons received food and emergency household items, between January and March 2016, over 89,000 people in rural areas and suburban settlements gained access to water of adequate quality. This year alone, repairs to hand pumps or the renovation of wells and distribution networks have been carried out in Balkh, Farah, Faryab, Herat, Kapisa, Kunduz, Laghman, Logar and Paktya Provinces.

In the remote western highlands of Bamyan province, farmers are keeping their crops watered by rebuilding a traditional reservoir — supported by the ICRC cash-for-work project.

Over 700 families across five villages of Yakawlang district have benefited from the scheme. The community provided the labour force for the work, which involved constructing a wall — 65 m long and 3.5 m high — using stones, cement and gravel to strengthen the community’s existing fragile reservoir wall made in the traditional way out of mud. The reservoir is situated some 100 metres from a stream, and melting and seasonal rains help to keep it full.

As the long, hot summer takes hold in Yakawlang, the community is beginning to benefit from their efforts. “We felt very vulnerable, particularly during the summer when water shortages often caused our crops to fail, ” remarks Mr Yaquob, from Hawz-e-Lookhak village. “We now have enough water for our fields all year round.” 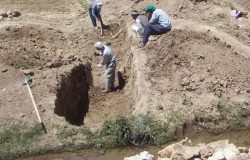 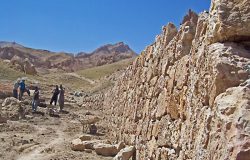 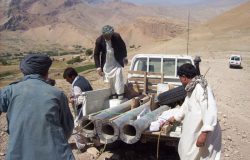 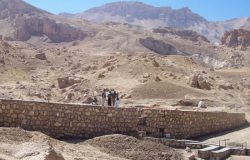 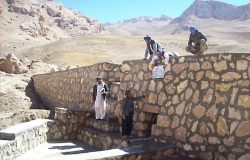 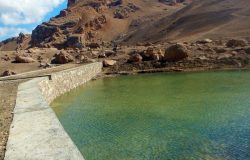